The 2013 Buick Verano Turbo goes on sale this fall and General Motors has just announced that the boosted sedan will be priced from $29,990 (*including $885 for destination).

That base price gets you niceties like IntelliLink, a Bose audio system, heated leather seats, and a whole host of safety features including a rearview camera, blind spot alert and cross-traffic alert. A six-speed manual transmission is available as a no-cost option (hurrah!), and the only other available upgrades are a sunroof and navigation.

For comparison's sake, a similarly equipped Verano with the naturally aspirated 2.4-liter engine costs $26,850, including destination.

Under the hood of the Verano Turbo is GM's 2.0-liter forced-induction four that we've sampled in the larger Regal, good for 250 horsepower and 260 pound-feet of torque. The EPA just recently released fuel economy figures for the Verano Turbo, and the baby Buick is estimated to achieve 20/31 miles per gallon (city/highway).

When the Verano Turbo arrives at dealerships this fall, buyers will get both performance and fuel efficiency with 0-60 mph acceleration in an estimated 6.2 seconds and EPA-estimated 20/31 mpg ratings with a six-speed manual transmission available as a no-cost option. Fuel economy ratings for the standard six-speed automatic will be announced closer to production.

Verano Turbo will offer more power and better fuel efficiency than the competition. A 2012 Lexus IS250 is rated at 204 horsepower, with fuel efficiency estimates of 19/28 mpg with a manual transmission.

"Buick Verano continues to build momentum in the marketplace with eight straight months of sales increases since launch," said Tony DiSalle, vice president of Buick marketing. "The new Verano Turbo increases the performance of an already capable luxury sedan while continuing to offer customers the smart, purposeful technology they expect."

Verano sales began in late November, 2011 with a 2.4L Ecotec four-cylinder engine and a six-speed automatic transmission and standard voice-activated IntelliLink. For 2013, a rearview camera is standard across all Verano models.

With the arrival of this new model, Buick will offer three different models with turbocharged engines and optional six-speed manual transmissions, including the Regal Turbo and Regal GS luxury sport sedans. The 2013 Buick Encore luxury crossover, on sale early next year, will feature a standard turbocharged engine.

Buick is a modern luxury brand offering vehicles with sculpted designs, luxurious interiors with thoughtful personal technologies, along with responsive-yet-efficient performance. Buick is attracting new customers with its portfolio of award-winning luxury models, including the Enclave crossover, LaCrosse sedan, Regal sport sedan, Buick Verano sedan and the all-new 2013 Encore crossover. Learn more about Buick cars and crossovers at www.buick.com, on Twitter @buick or at www.facebook.com/buick. 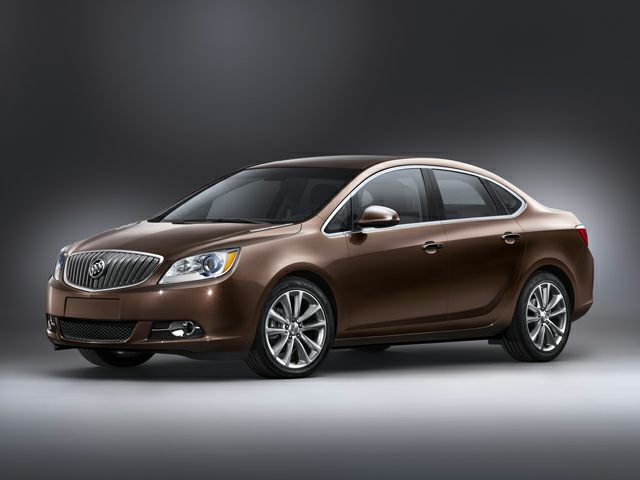