Dodge pulling out of NASCAR *UPDATE After 11 years of competing in NASCAR, Dodge is reportedly once again pulling out of the racing series. Penske Racing, the only team running under the Dodge banner in 2012, announced in March it was switching to Ford for the 2013 season. On Monday, Penske Racing said it would also switch from Dodge engines to Roush-Yates Ford engines for 2013.

In March, Dodge rolled out its Sprint Cup Charger it planned to campaign in 2013, but NASCAR.com says it did not take part in a tire test at Martinsville Speedway this week.

This is not Dodge's first time leaving NASCAR. The company left the series in 1977 and returned in 2001. It has won 50+ races since then, and could still add to that tally before the end of the 2012 season. NASCAR.com reports that an official statement from Chrysler confirming its departure is expected later today.

*UPDATE: Chrysler has confirmed it is leaving NASCAR. Scroll down to read the official notice and watch a video of executive Ralph Gilles addressing the pullout.

There's been a focused emphasis on quality and doing things right in recent years with Chrysler Group operations. That focus definitely includes our motorsports operations, according to SRT Motorsports President/CEO Ralph Gilles.

"We couldn't go forward with a structure that met our standards," Ralph said today in talking about the decision for Dodge to withdraw from the NASCAR track after this season.

In the video below, Ralph talks about how the "one-stop shop" relationship we had with Penske Racing was a bit unique. Since the Penske announcement in March to move to Ford next year, Ralph said we've not been able to assemble a complete structure to meet the company's high standards so we could "go out and race with confidence."

Ralph also talks about the unlimited passion our NASCAR fans, including employees, have for Dodge and how that is so much valued and appreciated.

As Ralph said, Chrysler Group remains committed to the 2012 NASCAR Sprint Cup and Nationwide Series. Through the end of last week's races in Iowa, Brad Keselowski and his No. 2 Miller Lite Dodge Charger are in seventh place in the Sprint Cup standings, 54 points behind the leader. Keselowski is tied with the most wins this season with three heading into the Aug. 12 Finger Lakes 335 at the Glen in Watkins Glen International, N.Y.

In NASCAR's Nationwide Series, Sam Hornish Jr. is in fourth place, 34 points behind the leader, heading into the Aug. 11 Zippo 200 at Watkins Glen. While Hornish, in the No. 12 Alliance Truck Parts / WURTH Dodge Challenger, is winless this season, he does have six top five finishes and 13 top 10s through 20 races. Keselowski, driving the No. 22 Discount Tire/Snap-on Dodge Challenger, also has three wins in 15 starts in the Nationwide Series 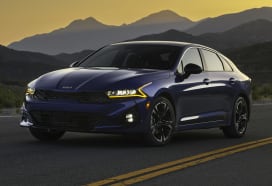