Consumer Reports Top Pickup for 2012 is... the Chevrolet Avalanche?!

Jonathon Ramsey
Four Wheeler magazine named the Ram Power Wagon its 2012 Pickup Truck of the Year, and it's an award that celebrates features we associate with so-called "serious" pickups, like a two-speed transfer case, trail performance and vinyl flooring. But what if you want a Pickup Truck of the Year that's got a little less pickup in it? Consumer Reports holds your answer, as it chose the Chevrolet Avalanche as the 2012 Top Pick Pickup Truck.

Why? Because of, as far as we can tell, its versatility and the ways it feels more like a Chevrolet Suburban than a Power Wagon: interior, fire-and-forget four-wheel drive, decent acceleration and comfy ride. Or, put another way, because even though it's not a Chevrolet Suburban it can do almost everything a Suburban can do as well as hold a kayak. But you can't see out the back, because there's a bed there. Follow the jump for the CR video report. 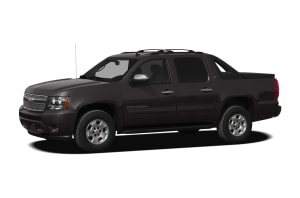