Noah Joseph
There seems to be no end in sight for the rapidly expanding Lotus Racing program. In the past couple of years, the team has branched into Formula One, Indy, GP2, GP3 and a number of GT racing series around the world. Thing is – while IndyCar runs primarily in the United States and F1 is coming here too – none of those endurance championships in which Lotus has been competing have been American. That is, until now.

Teaming up wit Alex Job Racing, Lotus is supporting a factory-backed entry win the GT class of the American Le Mans Series. Together, AJR and Lotus will field a 2012 Lotus Evora GTE running the same black-and-gold livery that has proliferated across the automaker's entire motorsport division.

The factory-backed effort will feature a 2012 Lotus Evora GTE car beginning with the Tequila Patrón American Le Mans Series at Long Beach the weekend of April 14th. Lotus AJR will carry sponsorship from Battery Tender, William Rast and is a Yokohama-supported team for 2012. It will go head-to-head against factory and works-supported GT entries from the likes of BMW, Chevrolet, Ferrari and Porsche.

"This is doubly good news for the American Le Mans Series presented by Tequila Patrón," said Scott Atherton, ALMS President and CEO. "It's a pleasure to welcome the Lotus brand and its spectacular Evora to the most competitive GT class of racing in the world. But to have this factory-backed effort spearheaded by Alex Job – one of the most successful team owners in ALMS history – assures that this will be yet another championship-caliber entry to the GT class. I know that fans at each of our events will be enthralled when the AJR Lotus, complete with its iconic livery and Battery Tender sponsorship, hits the track."

"I am excited to announce the racing partnership between Lotus and Alex Job Racing in North America," Job said. "Our efforts and ability to attract Lotus is a testament to the hard work that AJR has put in over the past several years. This partnership – along with our key sponsors William Rast, Battery Tender and Yokohama – represents a new chapter for our seasoned organization and for the ALMS.

"We are focused on winning," said Dany Bahar, CEO of Group Lotus. "Alex Job has one of the best records in sports car racing. We look forward to working together and developing a top-tier team over the coming years. Racing is a core component of the Lotus brand, and we are thrilled to have this new partnership to further enhance our winning racing heritage."

Atherton said that heritage will fit well in the ALMS paddock.

"Lotus has made a lot of racing news lately with significant programs announced in multiple categories of motorsport," he added. "After a full evaluation of all options we are proud they selected the ALMS for their factory-backed GT racing platform. This represents the best possible opportunity for Lotus to race what they sell and to showcase the technology and performance of their cars against the benchmark examples of the industry."

Bell's racing pedigree boasts an Indy Lights Championship in 2001 and Rookie of the Year honors in 2000. He finished fourth in the 2009 Indy 500 and was the first American to have a podium finish in the FIA Formula 3000 Series.

"We are delighted to welcome Townsend to the Lotus AJR family," Job continued. "Townsend comes from a distinguished career in IndyCar and open-wheel racing in the U.S. and Europe. His natural speed and personality will make for a successful partnership."

"I am really excited about 2012 and driving with Townsend," Sweedler said. "He will be a strong addition to the team. I had a fantastic time working with AJR for the last couple of years and am honored to continue as one of their drivers. Alex and his team run a first class operation just like Lotus. It will be a strong partnership."

Added Bell, "Having the chance to represent such a great brand like Lotus is simply awesome. The fact that I get to work with one of the best teams in sports car racing is icing on the cake. I'm really fired up to work with Lotus AJR and Bill in what will undoubtedly be a great adventure. Time to buckle up!"

The 2012 American Le Mans Series presented by Tequila Patrón begins with the 60th Anniversary Mobil 1 Twelve Hours of Sebring Fueled by Fresh from Florida on Saturday on March 17. The race, set for 10:30 a.m. ET and will be broadcast March 18 on ABC and shown live on ESPN3 or ALMS.com. Visit ALMS.com for information on tickets and area accommodations. 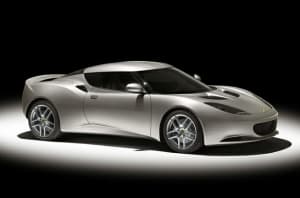