Zach Bowman
Honda isn't typically one to dive into the Super Bowl advertising fracus with splashy spots, so when the company anonymously teased us with a quick clip of Matthew Broderick reprising his role from Ferris Bueller's Day Off, our eyebrows did a little dance. Now the company has dropped a full-length ad on the web, and it features Broderick skipping his acting duties for a little frolicking about in the city. The spot features more than a few classic Ferris Bueller lines (though nitpickers will note that some of them are a little off), and while it's well put-together, seeing the star take to the wheel of a 2012 CR-V instead of a 1961 Ferrari 250GT California Spyder is a crushing reminder of our own mortality.

Still, we like Honda's crack at half-time advertising a good bit more than the previously released Audi vampire-fest (though not more than the clever Ahab spot that's presently circulating televisions nationwide). Hit the jump to take in Honda's spot before the big game, and be sure to keep a steady out for the various 'easter eggs.' 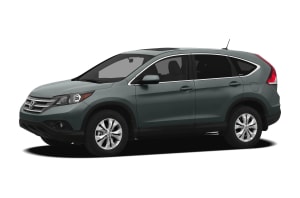