Jonathon Ramsey
The song that made Will Smith famous – this is when he was The Fresh Prince who rapped and not acted – is called "Parents Just Don't Understand." In it, he takes his mom's Porsche for an unauthorized spin while his parents are on vacation, unintentionally picks up a 12-year-old runaway and then gets busted by the cops for doing 90 mph and not having a driver's license. The point of it all? Kids will do the darndest things.

Need another example? The Sydney Morning Herald reports that a ten-year-old kid in Hong Kong may have been been channeling his own fresh prince when he took his dad's Maserati GranTurismo for an unauthorized, license-less drive. He couldn't even get out of the building's parking lot without hitting another car, but kept on driving out and down the street until someone noticed him and called the police. He was arrested, and is now out on bail.

Due back in court this month, he potentially faces a seven-year prison sentence for theft and driving without a license, although no one expects that to happen. In the classic Will Smith jam, our hero gets a tag-team whipping in the car when his parents retrieve him from jail. The ten-year-old should hope his parents, and the Hong Kong judge, are just as understanding. 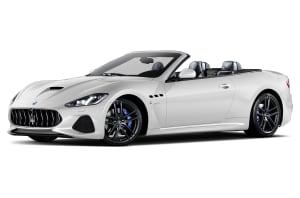