Mitsubishi bumps up nationwide release of its i electric vehicle Mitsubishi has officially confirmed that its i electric vehicle will be for sale nationwide by summer 2012 and will be available for test drives across the country in March, as the Japanese automaker looks to bump up the car's nationwide debut in response to better-than-expected consumer interest. The company also sold 76 i vehicles in the U.S. last month, the first full month of domestic sales, Mitsubishi Motors North America spokeswoman Christine Jew told AutoblogGreen.

Mitsubishi, which allows customers to pre-order the vehicle online or at company dealerships, bumped up the national rollout of the i, known overseas as the i-MiEV, by nine months, Mitsubishi said in a statement Wednesday. The original nationwide due date was the end of 2012, so "nine months" is taking the test drive time frame into account.

Mitsubishi, which started selling the car in the West Coast and in Hawaii in late November, is looking to benefit from what they hope is greater U.S. consumer interest in electric-drive vehicles after a year where gas prices rose 27 percent. The car, which is priced in North America at about $6,000 less than the $35,200 Nissan Leaf battery-electric vehicle, offers an EPA-rated single-charge range of about 62 miles, or 11 miles fewer than the Leaf's. Mitsubishi has sold about 16,000 i-MiEVs (the global version of the i) since debuting the model in Japan in July 2009.

In November, the U.S. Environmental Protection Agency and Department of Energy named the i the most fuel-efficient vehicle sold in the United States. The federal agencies' latest edition of their Fuel Economy Guide rates the i at 112 miles per gallon of gasoline equivalent. The Leaf came in second at 99 MPGe.

"The combination of fuel efficiency and performance presented by products like the Outlander Sport, Lancer, and Mitsubishi i are definitely resonating with customers," said MMNA President & CEO Yoichi Yokozawa. "We are pleased that more consumers are choosing Mitsubishi products as they are beginning to feel more confident in the economy."

The first retail sales of the all-new, all-electric Mitsubishi i began in December in California, Washington, Oregon and Hawaii. At the certified Mitsubishi i dealers in those four states, the Mitsubishi i is currently available for test drives.

Customers can reduce their wait time by preordering the Mitsubishi i now at i-certified Mitsubishi dealerships or online at www.mitsubishicars.com.


Mitsubishi Motors North America, Inc., (MMNA) is responsible for all manufacturing, finance, sales, and marketing operations for Mitsubishi Motors in the United States. MMNA sells cars and light trucks through a network of approximately 400 dealers. For more information, contact the Mitsubishi Motors News Bureau at (888) 560-6672 or visit media.mitsubishicars.com. 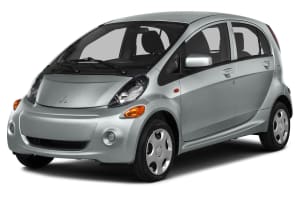