Noah Joseph
You may conjure up visions of luxury sedans and boulevard cruisers when you think of Jaguar, but the Leaping Cat marque has also made some wickedly fast sports cars over the years.

Foremost among them is surely the XJ220, the all-out, world-conquering supercar Coventry produced in the early '90s. A Jaguar XJ220 set the Nürburgring lap record in 1992 when John Nielsen recorded a 7:46 lap – a record that held until it was finally unseated at the turn of the millennium.

The question is, could Jaguar's latest production model match the aging Super Cat for pace around the Norschleife? To find out, Evo's Chris Harris took the new XKR-S down to Eifel and brought along the XJ220... piloted by the same John Nielsen, no less. Follow the jump to see how it went down. 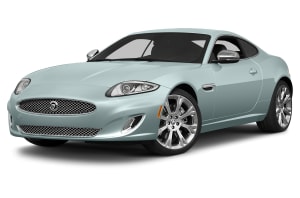