Zach Bowman
If you've had trouble slotting the BMW X6 M into any existing vehicle category in the past, we have bad news for you: it's probably not gonna get easier. BMW has released a teaser video for "A new chapter powered by M," featuring none other than the X6 M. It appears the go-fast guys and gals at BMW are up to something entertaining, as the portly crossover is subtly blurred throughout the duration of this short clip. We do get a glimpse of the vehicle's badge work. Even through the haze, it's clear this beast has something special up its sleeve. Or, rather, in its engine bay.

What could it be? Odds are this is the diesel X6 M we've already seen frolicking around the Nürburgring. If the vehicle in this clip and that oil-burning monster are one and the same, we can expect to find a tri-turbo diesel engine under the hood, though no solid power figures have leaked yet. We're guessing the final numbers will land somewhere between earth-shattering and cosmically outrageous. Hit the jump to check out the video for yourself. 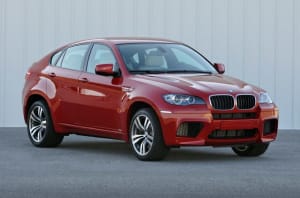