Audi to preview next TT at Tokyo Motor Show? When the first Audi TT hit the market in 1998, its design was nothing short of revolutionary. The current model (pictured above in RS form), while dynamically superior, has been mainstreamed a bit, going with a more evolutionary approach. But now, rumor has it that Audi is preparing to launch an all-new third-generation model at the rapidly approaching Tokyo Motor Show, and our interests our piqued.

Little in the way of details is known as to the direction Audi is preparing to take with the new TT, but sources expect it to go slightly upmarket in order to make room for a smaller, less costly R4 mid-engined sportscar. The TT, however, is expected to retain its front-engine, all-wheel-drive layout. Stylistically, we'd expect the new TT to adopt some of the design cues laid down by recently concept cars like the Quattro from last year.

Audi, for its part, is staying mum on the subject, announcing the five-door A1 Sportback as its major debut for the Japanese expo. Whether a new TT – be it in concept form or production-ready – will join it remains to be seen. 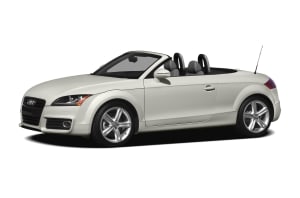