Steven J. Ewing
Yesterday, Lincoln released the teaser you see above on its Facebook page, showing what's in store for the automaker's revised design language that's coming soon (we're guessing it's the hood and fender of the redesign MKT). Lincoln states that its new styling direction will be "forward-looking and more elegantly crafted," and it appears that we'll get our first glimpse at the fruits of the company's labor at the LA Auto Show next week.

Autoblog reader Tony tipped us to this page on the LA Auto Show website, which lists all of the vehicles that will debut at the Los Angeles Convention Center next week, and both the Lincoln MKS and MKT are listed under the "world debuts" section. Makes sense, since we've already seen the refreshed versions of the Ford Taurus and Flex on which the Lincoln vehicles are based, respectively. When asked, a Lincoln spokesperson was unable to confirm that we would see the new sedan and crossover in LA.

Unlike the current vehicles, the 2013 MKS and MKT are expected to differ greatly from their respective Ford kin. While not officially confirmed, sources within the automaker have suggested that the updated vehicles will use new running gear in order to fully differentiate them from their Ford counterparts. Of course, Ford's EcoBoost engine technology will be on hand, though other enhancements like suspension and steering upgrades will also likely be in the cards.

Stay tuned for the full details from the LA Auto Show next week. 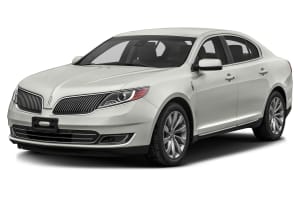