Jeremy Korzeniewski
"What you are about to see is a fantasy. It has no place in the real world."

That's how the latest trailer for Forza Motorsport 4 begins, and when a video game trailer needs that kind of warning, you know things are about to get good.

And then Jeremy Clarkson's voiceover begins, telling us all that we're an endangered species. We, in this case, are those who consider themselves to be automotive enthusiasts. And there's video to back up this assertion, as a man (in the back seat of an economy car, no less) sits in traffic seemingly on his way to work (All it's missing is REM's "Everybody Hurts" – Ed).

Fear not, petrolheads. Soon, a waiting Aston Martin DB9 is fired up, tires squeal and smoke and our protagonist finds himself wildly escaping the confines of the city and its traffic. But wait. What's that? Uh oh, the local constabulary has caught on to our man's actions, and they aren't pleased. He's trapped. Again.

The moral of the story? Get your kicks where it's legal: in your living room, on your xBox 360, playing Forza 4. Thanks, Jeremy, for the friendly reminder. Check out the video for yourself after the break, where you'll also find an accompanying press release.

In related news, Turn 10 has announced that the Forza 4 demo is available to xBox Live Gold members beginning today. Enjoy!

October 3, 2011
With increasing environmental regulations, clogged motorways, safety restrictions and traffic cameras, the world of car enthusiasts is shrinking, its celebration more rare. "Forza Motorsport 4," available exclusively on Xbox 360 on Oct. 11 in North America and Oct. 14 throughout Europe, provides a safe haven for car lovers and adrenaline seekers to challenge modern conventions and keep the fire of our car culture burning.

In the live action short film titled "Endangered Species," Jeremy Clarkson, host of Top Gear – the popular BBC TV show – provides the narration for a tongue-in-cheek illustration of something many car lovers already know: that the real world is becoming an unfriendly place for those who truly love automobiles.

Taking place in the middle of a claustrophobic metropolis, the short film features edge-of-your-seat driving by world renowned stunt driver Martin Ivanov, whose credits include the "The Bourne Supremacy," "Mission: Impossible – Ghost Protocol," "Quantum of Solace" and more. The film premiers today at TopGear.com: http://www.topgear.com/uk/videos/promotion-exclusive-forza-4-trailer and is one any automotive fan will not want to miss.

The Xbox LIVE demo includes five of the world's most exhilarating cars on several circuits of the all-new Bernese Alps track:

When signed into Xbox LIVE, the demo will also support official leaderboards for lap times and showcase the all-new Rivals Mode that will let players compete online against their friends in a variety of game types, whether they're online or not by challenging them for bragging rights and rewards. The "Forza Motorsport 4" demo will feature three Rivals Mode events set in the Bernese Alps:

Round the Mountain – In this hot-lapping challenge, you'll race your rival in one of the world's ultimate road cars, the Pagani Zonda Cinque Roadster, through the breathtaking vistas of the Brunnen Lauterbraunen ribbon
BMW Blitz – Put your driving skills to the test in the powerful, sharp-handling 2012 BMW M5 as you weave through slower traffic along the slowing Stadtplatz Circuit
Alpine Rush – In this Track Day Rivals event, you'll battle slower traffic as you navigate the sweeping turns of the Bernese Alps Club Circuit

Fans are encouraged to pre-order "Forza Motorsport 4" before its North American launch on Oct. 11 to ensure they can get their hands on the Limited Collector's Edition and to receive the "Launch Bonus" car pack as supplies will be limited. Visit http://forzamotorsport.net/en-us/preorder.aspx for more details. 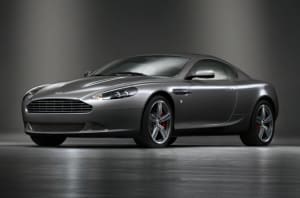