Chris Shunk
Can't an automaker hide three crossovers in the wilderness in an effort to give them away without any problems? Apparently not, as Chrysler's contest to give away three Dodge Journey models randomly placed around the U.S. has been met with controversy. The winner of the second Journey, found in Oklahoma, is one Brad Neidy, who happens to be a Troop Leader for the Oklahoma Highway Patrol.

The controversy sprung up after followers of the contest pointed out that, as a highway patrolman, Neidy may have had an unfair advantage in finding the crossover prize. Automotive reports that the reason given was that the OHP may have coordinated road closures for filming purposes.

Neither Chrysler or the OHP are going into details at this point, but Neidy has reportedly decided that receiving the new Journey isn't worth the hassle. The officer has evidently informed Chrysler that he will not accept the free vehicle in spite of the fact that he found it.

Chrysler did release a statement about the matter, stating that the second Journey winner declined the prize, adding " Dodge is reviewing program rules and will provide updates soon." 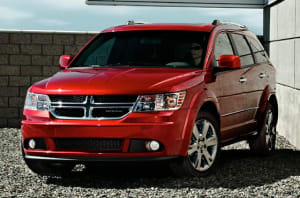