Porsche plans on doubling its sales totals to 200,000 units by 2018, and utility vehicles will be a big part of that volume push. In fact, the Cayenne is already the best-selling Porsche, and that likely won't change any time soon.

Automotive News reports that Porsche plans to increase Cayenne production by 10 percent this year and 20 percent in 2012 to help satiate demand. The recently revamped utility vehicle is in demand around the world, and in China buyers have to wait 12 months for the chance to own a Cayenne. Porsche reportedly wants to cut that wait time in half for next year.

The sales success of the Cayenne is helping the entire Porsche lineup, as the German automaker has seen its first half orders increase by 26 percent to 65,660 units. Porsche also expects big things from the Panamera, with an expected 28,000 units leaving dealer lots in 2011. 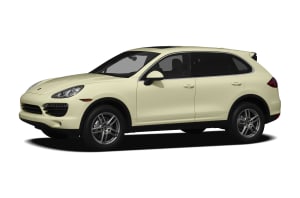