Volvo teams up with Polestar and Heico for S60 Performance Project

Reports of Volvo and Polestar collaborating on road car offerings appear to be coming to fruition. Following rumors that Volvo had solicited the racing garage's services to increase the output on the S60 and XC60 R-Design models came word that a new line of Performance Concept Prototypes were in the works. Now, Volvo's Australian unit has teamed with both Polestar and Heico Sportiv to produce the prototype you see here.

Called the S60 Performance Project, it's based on the new R-Design model, with the upped 325-horsepower output. So what else have Polestar and Heico squeezed out of the S60? A new exhaust, for starters, and a substantially revised suspension that's been lowered by 15 millimeters with monotube damping and stiffer springs, mounted to new 19-inch alloys wearing Pirelli rubber.

Nothing earth-shattering, then, but Volvo Australia says if there's enough demand, it could offer the sportier sedan through its own dealership network, instead of making customers source parts from aftermarket suppliers. Which would also, of course, have the added benefit of landing under warranty, which in turn makes us wonder if this could be another Australian touring-car-for-the-road we could stand to see here on American roads. Find the details in the press release after the jump and the high-res images in the gallery for more.

Melbourne: Volvo Car Australia has pulled the wraps of a performance version of its S60 flagship sedan.

The S60 T6 already boasts excellent performance credentials in its class but the Swedish car maker has upped the ante by developing a new project, dubbed the S60 Performance Project.

The show car is based on the S60 T6 R Design. It is an Australian initiative and utilises two partnerships within the Volvo family - Polestar and Heico.

The engine software upgrade comes from Volvo's racing arm, Polestar. Power increases by 18kW to 242kW while torque is increased by 40Nm to 480Nm with up to 22 per cent gains in power and torque at various parts of the rev range.

Polestar was founded in 1996 in collaboration with Volvo in order to drive forward Volvo's investment in racing. Since then, Polestar has competed with the 850, S40, S60 and2 now the C30 Volvo models. The company's core business is focused on development and competition in racing.

Volvo and Heico also have a long standing partnership. It all began in 1989 with the grand opening of the Hedtke Volvo dealership in Weiterstadt, Germany. ``Volvo is not traditionally recognized for performance in Australia but that is changing,'' says Volvo Car Australia Managing Director Matt Braid.

Like the R Design models the S60 Performance Project has been lowered by 15mm and features sports suspension that includes monotube damping at the rear, 15 per cent stiffer springs and the bushings that are 20 percent stiffer compared with the dynamic chassis in the regular S60 models.

Volvo Car Australia is currently evaluating S60 Performance Project. Depending on customer demand there may be the option to build the S60 show car in limited numbers. 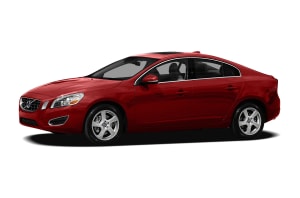