In redesigning the Chrysler Sebring, the decision-makers at Team Pentastar wanted to give the vehicle sort of a fresh start, and opted to rename the car "200." Sure, the new 200 may look a lot like its forsaken forefather, but early returns show that the sedan and convertible have gained back a measure of respect – and sales, to boot.

But while the 200 has been an improvement, the The Detroit Bureau reports that the next-generation Chrysler mid-size sedan will not carry the numeric moniker. Chrysler and Fiat have long asserted that the long-term replacement to the 200 will feature Fiat architecture, and The Bureau says the designs are frozen and a names have already been chosen.

This doesn't mean that the 200 nameplate is history, however. If Chrysler does decide to change the name of the 200, it will lose the momentum it created for the name with the infamous Eminem Super Bowl commercial. Further, another new advertising campaign to introduce a new name will likely cost many millions of dollars. But if Chrysler wants to forever disassociate itself from the Sebring, changing the name one more time may be the right thing to do. 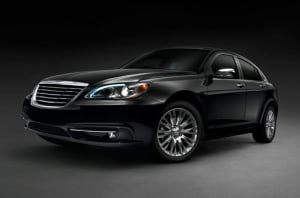