Volkswagen Tiguan to be built in North America?

Volkswagen is reportedly seriously considering moving production of its compact Tiguan crossover to this side of the pond in an effort to cut costs. If the Tiguan moves to North America, it will likely be built alongside the Jetta and Passat. By moving production of the small CUV here, Volkswagen would cut down on shipping and labor costs, as well as put its plants closer to some parts suppliers.

According to Automotive News, VW execs hope such a move would stop exchange rate fluctuations diminishing profits from the world's number two car market and allow it to better stay ahead of consumer trends. The proposed move of Tiguan production coincides with the opening of VW's new $ 1 billion plant in Chattanooga, Tennessee. If everything goes according to plan, the new plant will crank out 150,000 vehicles a year starting in 2012. 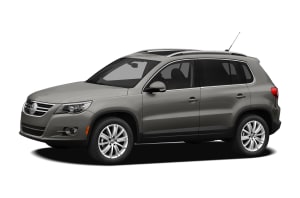