Jeep is reaching out to its adventurous, youthful target market with an ad campaign featuring Lenny Kravitz, the picture of clean-cut rebelliousness. The short clip after the break is apparently the abbreviated version of an upcoming short film featuring Kravitz taking the 2011 Jeep Wrangler Unlimited off the beaten track. Some of you may recall that this isn't the first time that Mr. Kravitz' music has been used to promote the off-road-ready sport-utes of the world.

As a bonus, Chrysler threw in a sample of the music on Kravitz's new record, Black and White America. From what we can tell, the upcoming short will feature Kravitz and the Wrangler getting down and dirty in an abandoned swamp. Click past the jump to see the action for yourself. 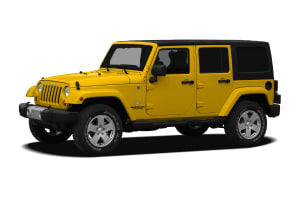