Lamborghini is about to close one of the longest and most significant chapters in its history.

It announced the Aventador Ultimae unveiled in July 2021 is the last non-electrified, V12-powered street-legal model it will build. The car's successor, whose name hasn't been revealed yet, will inaugurate a gasoline-electric hybrid powertrain built around a new V12 engine. Company boss Stephan Winkelmann filled us in on some of the details.

Sending off the non-electrified, V12-powered supercar is a big deal for Lamborghini, so a lot of time and resources went into increasing the engine's output for the grand finale. It develops 770 horsepower at 8,500 rpm and 531 pound-feet of torque at 6,750 rpm, figures that eclipse both the Aventador S and the Aventador SVJ. Winkelmann told Autoblog that 770 horses was "the best possible power output we could get" out of the 6.5-liter engine.

It's the end of the road for this V12, because the Aventador's replacement will receive a new engine. Winkelmann said it's too early to reveal specific details, like its displacement, but he stressed it's not something we've seen before. And the hybrid system is notably not related to the technology that powered the limited-edition Sián.

Some things won't change. Winkelmann cited carbon fiber construction, four-wheel-drive, active aerodynamic technology, and a four-wheel steering system as attributes from the Aventador that are worth keeping. And, adding a turbo (or two, or three, or four) to the new V12 was never considered — forced induction adds weight and puts unnecessary stress on an engine. Besides, the V12 has "horsepower en masse." Natural aspiration is here to stay.

Regulatory hurdles are part of what's driving Lamborghini towards electrification, so the Ultimae truly is the last of its kind. However, the non-electrified V12 could live on in some few-off models built for track use, like the Essenza SCV12.

"For homologated cars, it's a no. For the others, we will see. It's not planned so far, but there could be an opportunity," Winkelmann replied when asked if future V12-powered race cars could eschew a hybrid system.

This is it, then. Lamborghini will build 600 units of the Aventador Ultimae, a number split 350-250 between coupes and roadsters. One will join the firm's museum at its headquarters in Sant'Agata Bolognese, Italy, but officials haven't decided how they will configure it, or which one they'll keep. It won't necessarily be the last Aventador. In the meantime, there are still build slots left if you want to add a slice of Lamborghini history to your collection.

Looking ahead, the Raging Bull isn't out of ideas. Winkelmann told us its 2022 books are full of projects that need to reach production (either limited or series), so there's a lot to come from the company in the next few years.

"You have to always give the maximum to succeed in the market. The effort is never enough," he said. "You have to start working when the others stop. This is one of the things that's part of Lamborghini's way of thinking." 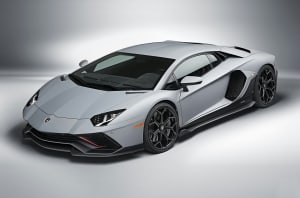 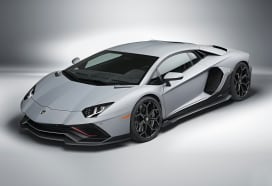