It was one of five that Thompson owned 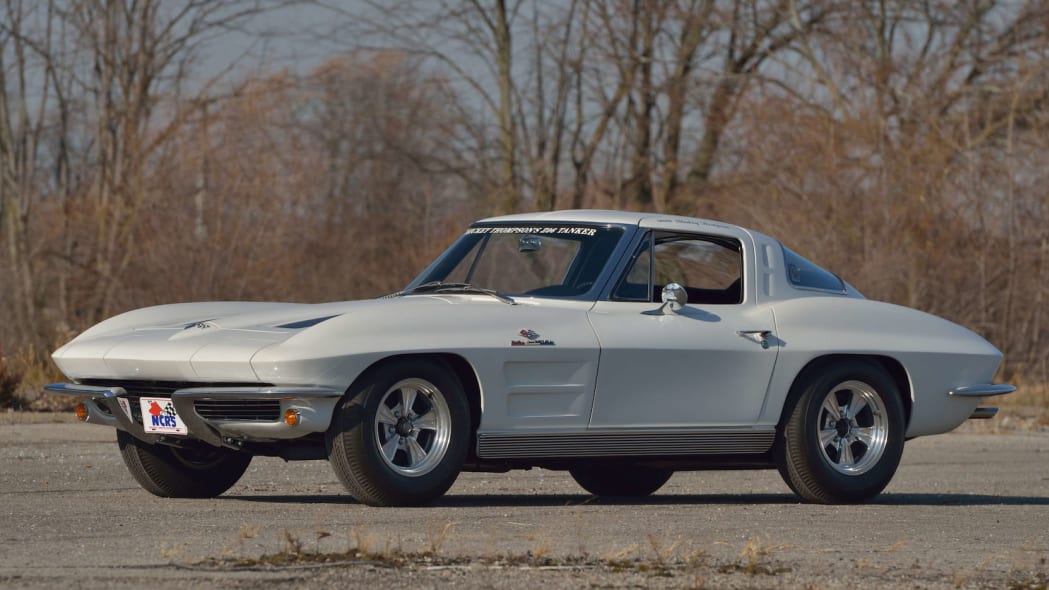 Mickey Thompson is a proper legend of motorsport, having invented the sling-shot dragster, broken the 400 mph barrier in a four-engined land speed record car, and turned his name into a plural noun for the de facto drag slicks made by the tire company he founded. Now, part of his personal fleet can be yours when his daily driver 1963 Chevy Corvette Sting Ray Z06 goes up for auction this week.

A regular split-window Z06 is already a rare bird, with just 199 produced. The performance package added a fuel-injected L84 engine, close-ratio 4-speed, 3.70 Posi-traction rear, upgraded suspension, a dual-circuit master cylinder and sintered metallic brakes with air scoops, finned drums and cooling fans. The package tacked $1,818 package onto the Corvette's $4,000-ish base price. This particular example was also equipped with a N03 36-gallon fuel tank and was modified with Rader Tri-Ribb wheels of Thompson's own design.

Thompson was lucky enough to own not one, but five 1963 Z06 Corvettes. He modified four of them for racing, but kept one mostly stock for his personal use. However, its history wasn't always so clear. For decades, this car was believed to be the car Thompson raced at Daytona and the Bonneville Time Trials. It wasn't until the discovery of Thompson's Chevron credit card, expired in November 1964, hidden in the door, that kicked off a Da Vinci Code-like investigation into the car's true origins.

A panel of nationally renowned experts of Corvette history were called in. The car was thoroughly examined. Old photos and magazine articles were scrutinized. Witnesses were interviewed. Documentation was pored over. In the end, it was determined that this was indeed Thompson's personal car, and a 24-page report was written to certify its history.

It sounds like the kind of authentication that might be conducted on a newly discovered Degas, but the car will command a premium price. While a regular concours-condition first-year C2 is worth about $150,000, this example, with its provenance and ownership history, is expected to sell for $400,000 to $500,000. If you're interested in owning this part of automotive history, the Corvette will cross the block at the Mecum auctions taking place Jan. 7-16 in in Kissimmee, Fla.