Heavy cladding is removed from the soft top, too

Mercedes-Benz has gone so far as to release its own “spy shots” of the upcoming SL Roadster, but one of our spy shooters just captured a little more than what Mercedes revealed back in August this year.

A few grainy, zoomed-in photos of the interior show the Mercedes-AMG SL is getting the same, gigantic screen as the new S-Class. The few revealing shots give us a glimpse of the unmistakable vertical screen sitting in the center stack, tilted back in the same angle as the new S-Class. Of course, we can’t see below the window line to confirm, but its shape and size have us convinced it’s the 12.8-inch touchscreen running Mercedes’ next-gen MBUX software. For all the details on this screen, check out our deep dive on the new S-Class’ infotainment tech. Expect it to come with even more features from AMG.

This makes perfect sense considering the Mercedes-AMG SL’s status as a flagship performance product. And yes, Mercedes made the declaration in the previous announcement that the new SL would be an AMG product, so they will all bear the Mercedes-AMG name, not Mercedes-Benz. In addition to the central screen, we also get a passing look at the digital instrument cluster. It looks very similar to the screens found in other Mercedes products today, so there’s nothing special going on here. 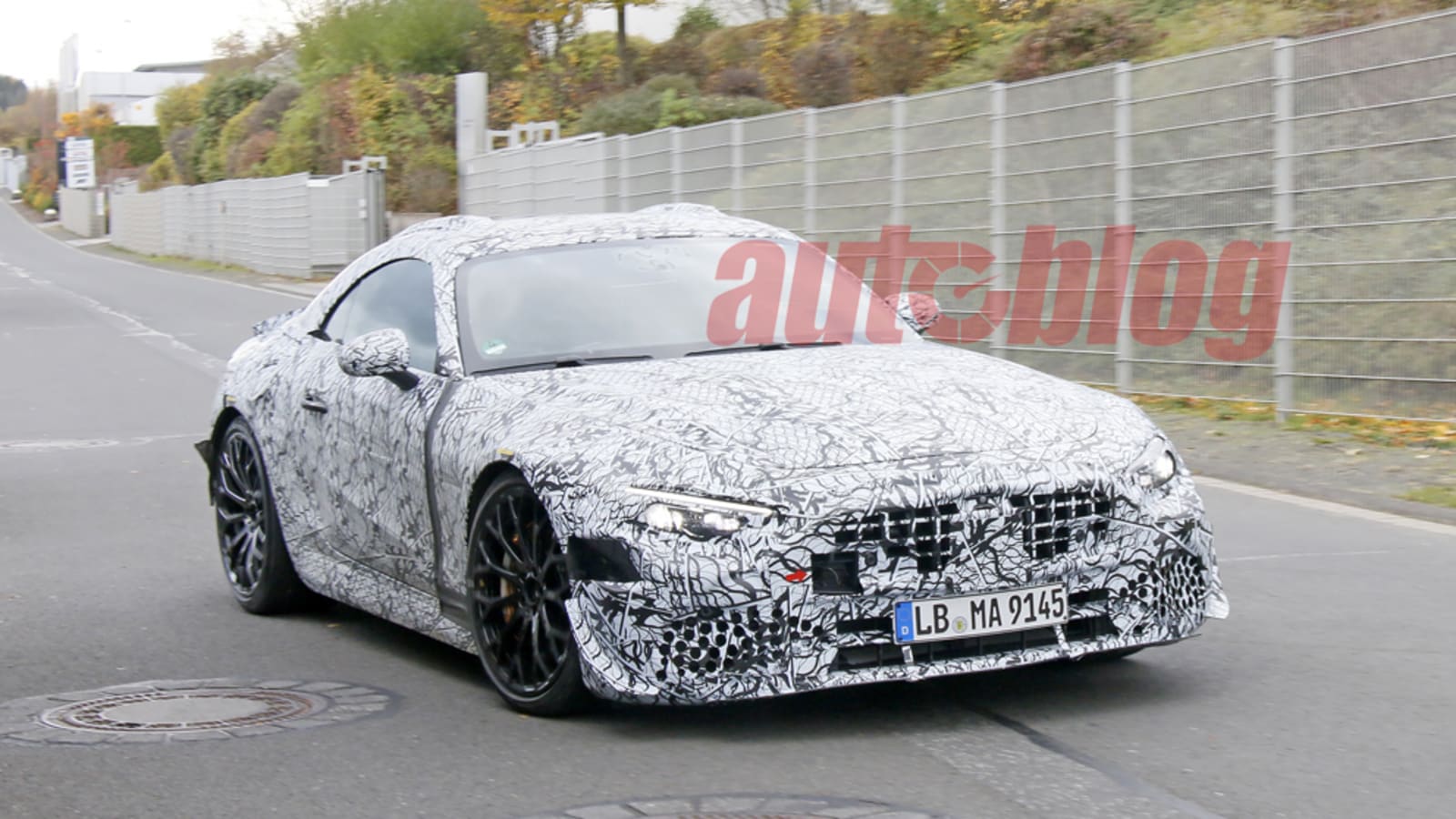 Beyond the interior, these new shots provide a slightly different look at the roof. All previous shots were of SLs with tons of black cladding over their soft tops, but this prototype removes the cladding in favor of standard camouflage print. Besides giving us a more normal look at the convertible in profile, this doesn’t exactly reveal anything groundbreaking. At the very least, enjoy a less obstructed view of the SL’s shape.

Going off the tailpipe design on these two testers, they look like AMG SL 63 models — considering they’re at the Nürburgring test center, this makes perfect sense. We’re expecting Mercedes to give us a number of powertrain options with this performance convertible, though, spanning the full AMG gamut. No exact dates are known for when the SL will make its official debut, but our best guess places a reveal in 2021 and a U.S. on-sale date sometime in 2022.