A joint project led by designers from Mercedes and Louis Vuitton 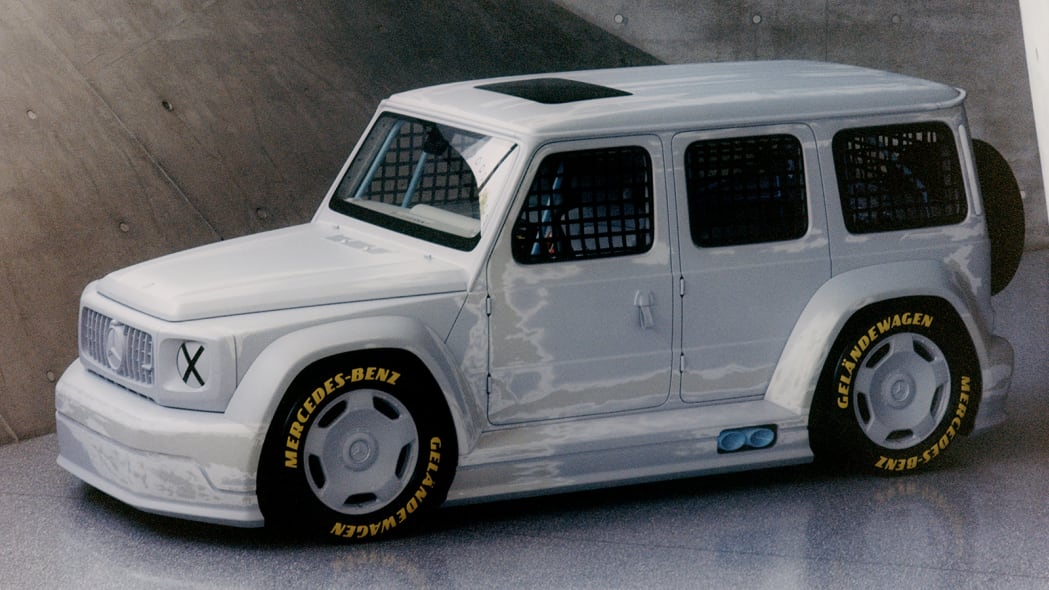 If you've spent much time on the internet looking up car stuff, you've probably seen a variety of artistic renderings imagining what ordinary cars would look like if they were built to do something they weren't designed to do, like go off-road, or compete in a racing series. Most of these will never become real, but Mercedes-Benz seemingly captured the spirit of those renderings to create a track-car Mercedes-AMG G 63 called "Project Gelandewagen," and it's remarkable to behold.

The project is the result of a collaboration between the Chief Design Officer for Mercedes, Gorden Wagener, and the Men's Artistic Director for Louis Vuitton, Virgil Abloh. They wanted to design a vehicle of which a replica would be auctioned by Sotheby's to support charity for the arts. According to Mercedes, the race car route was decided on since it's one of the few genres the G-Class hasn't had much presence (clearly referring to road racing, since G-Classes have been racing off road for decades).

From the outside, many of the changes to the G-Class are obvious. A seriously wide body kit has been fitted. The fender flares roughly match the location and shape of the factory ones, but stick out farther and blend into deep bumpers and side skirts. The front bumper is surprisingly smooth and devoid of large air inlets. The G 63's signature side-exit exhaust sticks around, but with larger tips that poke through the side skirts. Monoblock-style Mercedes wheels have been fitted with fat racing slick tires and bright yellow lettering that mirror Goodyear's NASCAR tires. A fun detail is the inclusion of a full-size monoblock wheel and racing tire on the spare tire mount. Unneeded parts such as door handles, turn signals and other bits have been removed. A single fabric pull-strap replaces the driver door handle. 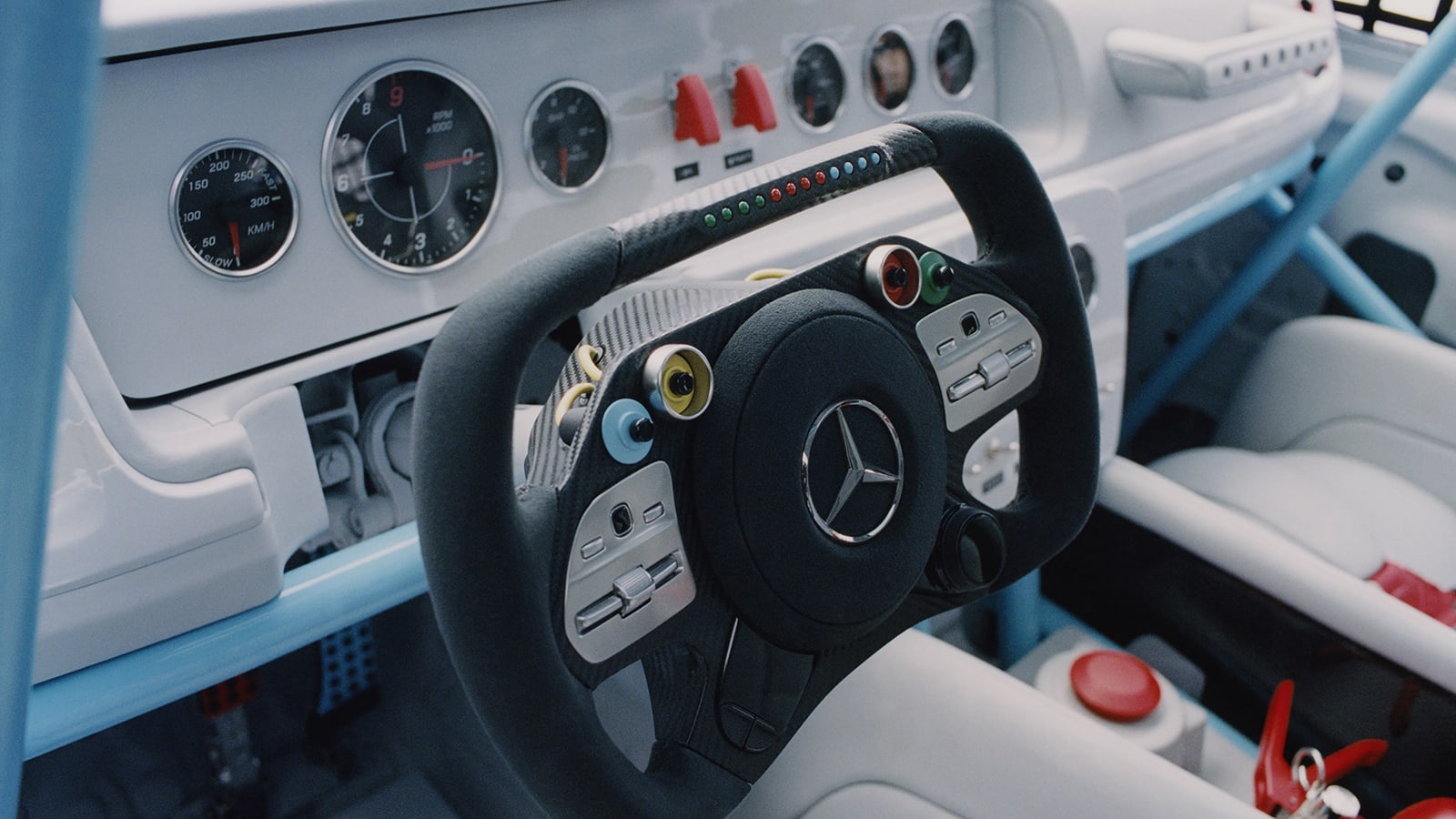 We're totally on board with the shape of the G-Class, but we're not so sure about the paint. The entire SUV was painted in a matte white, which seems like it should be fine. Curiously, all the trim and lights were painted in the same color. This also makes the bright yellow tire lettering and pale blue exhaust tips stand out. But the designers then chose to have portions of the white paint sanded down, exposing the primer below. Mercedes says this creates "a sense of timeless simplicity." We're pretty sure that there are a lot project car owners that will be glad to hear their car that's been sitting in primer and body filler the last few years won't have to shell out money for a nice paint job, since they're already enjoying "timeless simplicity."

The interior continues to blend racing themes together. All extraneous pieces of trim, seating and sound insulation have been removed. Bare metal door frames stand starkly in place of leather. The giant instrument and infotainment screens are gone, too, replaced by simple analog dials and a few toggle switches labelled with a vintage label maker. A modern-looking F1-style steering wheel replaces the factory piece. The only pops of color are the bright blue roll cage and gas can, and the red fire extinguisher and racing harnesses.

Mercedes didn't say anything about the mechanical components of this concept, and we suspect it's because nothing has changed. This is primarily a design exercise, so it just has to look fast. Of course, if it's a stock G 63 underneath, it's not slow, packing 577 horsepower and 627 pound-feet of torque.

Other than this original piece and the replica that will go to auction, no other Project Gelandewagens will be built. But we bet if you found a skilled enough body shop, they could build you a pretty close replica. Sotheby's Contemporary Curated will begin taking advance bids on the G 63 on September 14. 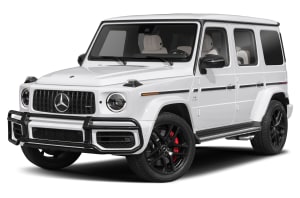