What is a CVT?

What they do, why they do it, why people don't like them and how they work

CVT stands for Continuously Variable Transmission, a type of automatic transmission that lacks a set number of gears or “speeds.” Instead, this type of automatic can vary the gear ratio infinitely between its lowest starting ratio and highest cruising ratio. Doing so allows the engine to run at its most efficient rpm for the vehicle speed, road grade or load condition that’s present at any given time.

However, this makes CVT-equipped powertrains sound fundamentally different because the engine speed tends to remain steady as the transmission continuously and seamlessly alters its gearing to make the car accelerate. Those who expect or prefer a stepped series of gear changes therefore tend to dislike CVT powertrains.

Why is a CVT a good idea?

It boils down to fuel economy and having the right "gear" at the right time. The first automatic transmissions were two-speed automatics, and these were quickly replaced by three-speed and then four-speed automatics. Each successive change improved fuel economy and drivability, and so the trend continued on up through the numbers to the point where most current automatics generally have eight, nine or even 11 speeds. The obvious endpoint to this trend is infinite speeds, and that’s what a CVT offers.

A higher gear count reduces the size of the steps between adjacent gears, and that has several benefits. Fuel economy improves because the engine is more likely to be operating at its most efficient rpm. Likewise, more gears reduces the likelihood of back-and-forth dithering on grades because smaller steps keep the engine closer to its sweet spot in terms of power and torque. The presence of smaller steps also reduces the need for a slushy torque converter, a generally inefficient, power-robbing device that smooths what would otherwise be jarring shift-shock at each gear change.

A CVT maximizes the potential of this concept. An infinite gear count means no steps at all, which is why CVTs are sometimes called “stepless” transmissions. Fuel efficiency and grade drivability are theoretically at their maximum with infinitely variable gears, and there’s no need for a torque converter to guarantee shift smoothness. 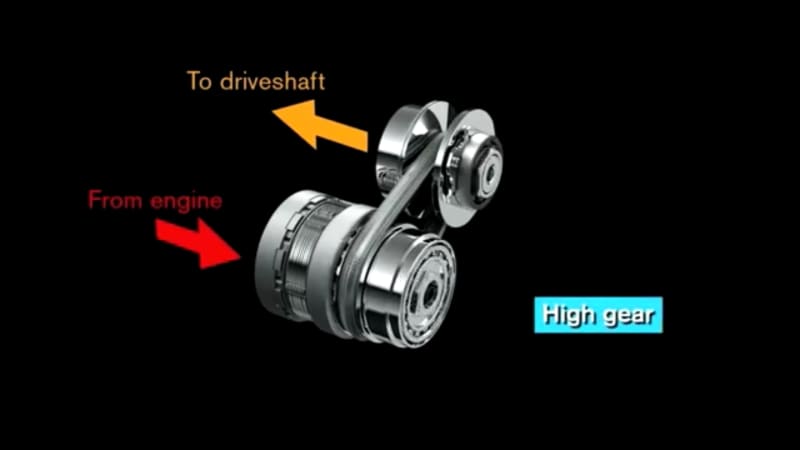 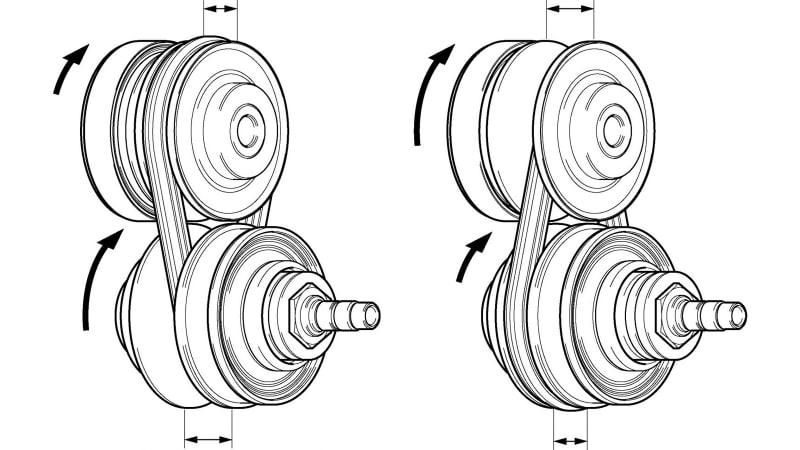 Why do people dislike CVTs?

The engine can drone if the exhaust system and cabin noise suppression features aren’t designed right. And of course the degree to which a CVT lives up to the potential described above is only as good as the software that controls it. But control strategies have improved immeasurably in the 10-plus years they’ve been widely used, and further enhancements have come as engines and passenger compartments have been re-optimized with a CVT in mind.

The main drawback that remains is one of perception and emotion, because a CVT changes how an engine sounds and a powertrain responds under acceleration. We’re all used to a steadily rising engine note that’s punctuated by shifts, but that's largely absent with CVT powertrains since they tend to keep the rpm steady and alter the gearing instead. Many drivers won’t care because that tendency isn’t as noticeable when a vehicle is being driven in a normal, relaxed manner. However, many have found the lack of traditional gear changes to be disagreeably odd, especially aggressive drivers who are more likely to run the engine hard. The car can sound like it's perpetually stuck in a low gear.

This is why many newer CVTs artificially create stepped gear changes — usually in a "Sport" driving mode, but sometimes in normal operation. There’s still CVT action going on at a detail level, but such examples can create a more lively and familiar experience — albeit at some cost in fuel economy.

How does a CVT work?

Think of a bicycle with numerous gears — let’s say eight of them on the rear wheel. There’s a smallest sprocket and a biggest sprocket, with six in between. Now place the same gearset at the pedals, but flip it around. We’ll set it up so that the biggest front sprocket works only with the smallest rear sprocket, with similar one-to-one private relationships all the way across the gearsets. This strategy helps our chain maintain a fixed length through eight gear combinations. It won’t need that S-shaped tensioner thingy to allow the chain to lengthen and shorten, as a real bicycle chain does because any front sprocket can work with any rear sprocket. That’s not allowed here.

Now replace the chain with a V-belt and turn the gearsets into pulleys with V-flanges that can be pinched together or spread apart. Varying the gap between the V-flanges causes the V-belt to rise or sink between them to create different belt-operation diameters. There’s still a smallest diameter and a largest diameter, but there are now infinite possible diameters in between. One of the pulleys is controlled by a computer, but the other is passive, with spring tension clamping its flanges together. As the controlled pulley’s flanges widen or compress its V-belt diameter shrinks or grows accordingly, and in response the far end’s spring-loaded pulley flanges and belt diameter are forced to do the opposite because the belt’s length is fixed. The result is a stepless transmission with infinite gears or “speeds,” otherwise known as a CVT. The materials and design details are much more sophisticated, but that’s the basic idea.