You, too, can design one of the all-time classics at home

Ah, quarantine time. When put to good use, it can be a time of ingenuity and creativity — precious time given back to us, in a sense. So here are two chaps, Joe and Lucas, who work at Jaguar’s Design Studio, stuck at home, ready to make a couple classic E-Type models out of some plasticine.

Join our Jaguar Design clay modellers, Joe and Lucas as they sculpt some classic #Jaguar #Etypes using plasticine and tools that you can find around the house, such as a rolling pin and a potato peeler!
#StayHomeStayCreative pic.twitter.com/Cyo5bvj7rT

It’s not exactly an instructional video, since it’s mostly sped-up time lapse footage with no instructional explainers. But it’s meant to show us that anyone can do it. The tools they use to shape the plasticine are common household items: a rolling pin or similar cylindrical items — they use a can of hair spray — to roll out the material, a plastic spoon, potato peeler, a knife, cardboard, tinfoil and a glass of water to apply to the plasticine and make a smooth finish. As for plasticine itself, it’s a modeling clay that’s similar to Play-doh except that it is oil-based, where the latter is made of flour and water. (If you’re interested, here’s a video that shows you how to convert Play-doh into plasticine.) 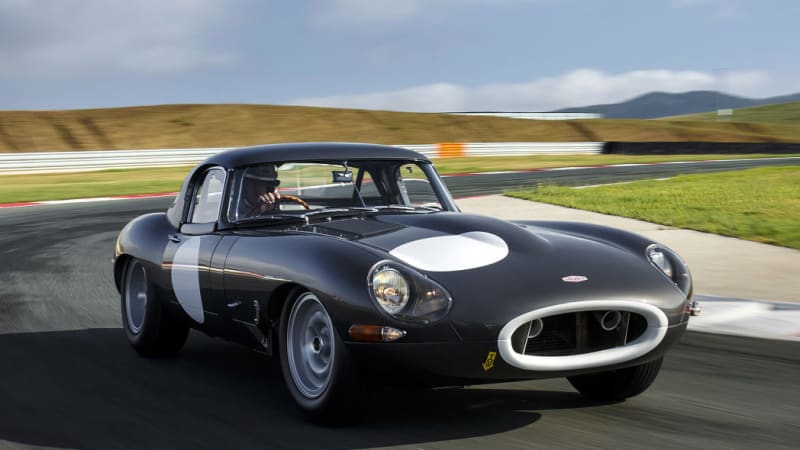 So we’re shown how the designers shape the signature fender bulges, greenhouse, head- and taillights and wheels. But it frankly all goes by in a blur, and we suspect that most of us amateurs would be left with something that looks more like an undefined blog. Still, it’s fun to watch.

Built between 1961 and 1975, the E-Type two-seat roadster is considered one of the major icons of automotive design and part of the AUTObodies collection at the Museum of Modern Art in New York.