603 horsepower, AMG performance exhaust and seating for seven. Turn it up.

You wouldn't do this with a Kia Telluride. You wouldn't want to, there really wouldn't be much to hear. But when you have a 4.0-liter handbuilt twin-turbo V8 enhanced with a mild-hybrid system to produce 603 horsepower and 627 pound-feet of torque, well, you expect some histrionics for your extra money. And by extra, I mean $100,000.

This is the 2021 Mercedes-AMG GLS 63 and as you can hear in the video above, that engine rumbles like faraway thunder when slowly moving away. That's an AMG trademark and something I learned to love long ago in V12-powered AMG 65 models. That it survives here in the GLS is appreciated given that this particular model is far more likely to be driving slowly through a Pottery Barn parking lot than wailing at full bore along a mountain road.

Now, also in the video, you can hear what that full-bore wailing sounds like on the outside. What's interesting, though, is how much different it sounds inside. For instance, you can hear the exhaust barking on the outside with each shift, but inside, that bark becomes a deep, muffled puuffft noise. It's a bit weird, but also kinda cool. Like firing a marshmallow out of a cannon. I guess that's what happens when an exhaust bark is filtered through several million pounds of sound-deadening, leather, foam and the rest that goes into this colossal German crossover.

My full road test of the GLS 63 is coming soon, but in the meantime, enjoy its soundtrack. 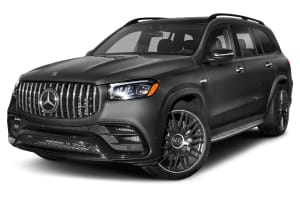 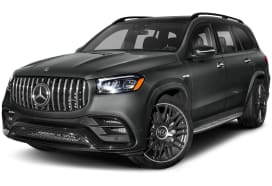 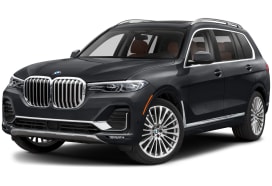