'Dirt 5' announced, promising even more variety than before

The mainline "Dirt" racing game series is back this fall with "Dirt 5." While the "Dirt Rally" spin-off series has focused on highly realistic and technical stage rally and rallycross events, the main "Dirt" games have combined a variety of off-road disciplines in one package. And from the looks of it, "Dirt 5" will be one of, if not the most diverse entry in the series.

Between the trailer and the screenshots, we get a feel for the different vehicles included, such as professional rally cars and buggies, as well as more street-legal vehicles like the Ariel Nomad and 1967 Ford Mustang fastback. Codemasters, the developer and publisher of the series, also notes that players will be able to customize paint schemes to an extent never available in a "Dirt" game before. 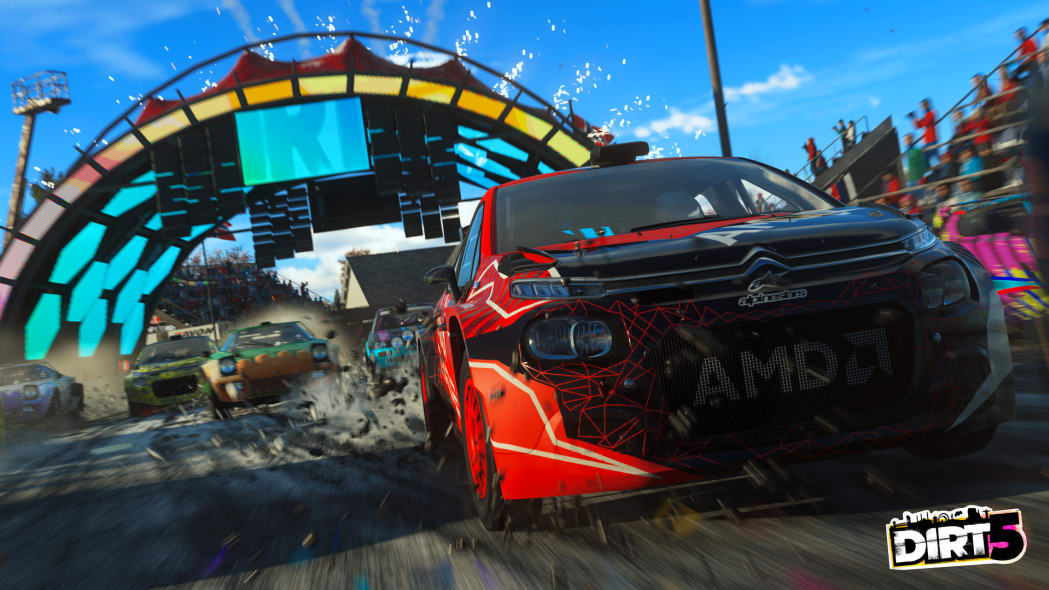 We also see a wide array of locations and environments featuring mud, snow and ice, and Codemasters mentions other surfaces plus dynamic weather. In the trailer, a frozen East River in New York City is featured as a location. Looking at the screenshot filenames reveals China and Norway as locations, and Codemasters also mentions Italy and Brazil. The environments all look detailed, lively and colorful. Apparently there will be 70 different courses available. There's no mention yet if the custom rally stage builder from Dirt 4 will make a return, but Codemasters teases some unique gameplay modes, including "something you have never seen before from the DIRT franchise." Single player and multiplayer gameplay is supported, and there's even splitscreen local multiplayer for up to four people.