No, of course not, but the trunk is actually pretty useful

It has been well documented that the 2020 BMW 3 Series has grown considerably, approaching the dimensions of the 5 Series from 20 years ago. While there has been much kvetching about the ramifications of that from a performance and driving dynamics stand point, there's no denying the benefits this increased size reaps in terms of practicality.

For obvious reasons, let's take the trunk. It has grown to 17 cubic feet from 15.8, which on paper at least, means the 3 Series has a bigger trunk than a Honda Accord. It would also be a whopping 6 cubic-feet bigger than that aforementioned 5 Series from 20 years ago.

Sadly, and I do mean that in the most literal sense, I do not have an E39 kicking around to test whether the new 3 Series is in fact that much more capacious in reality as it is on paper. However, I can compare it to the recent string of midsize sedans that have recently been luggage tested, and which supposedly have less trunk space than the 3. 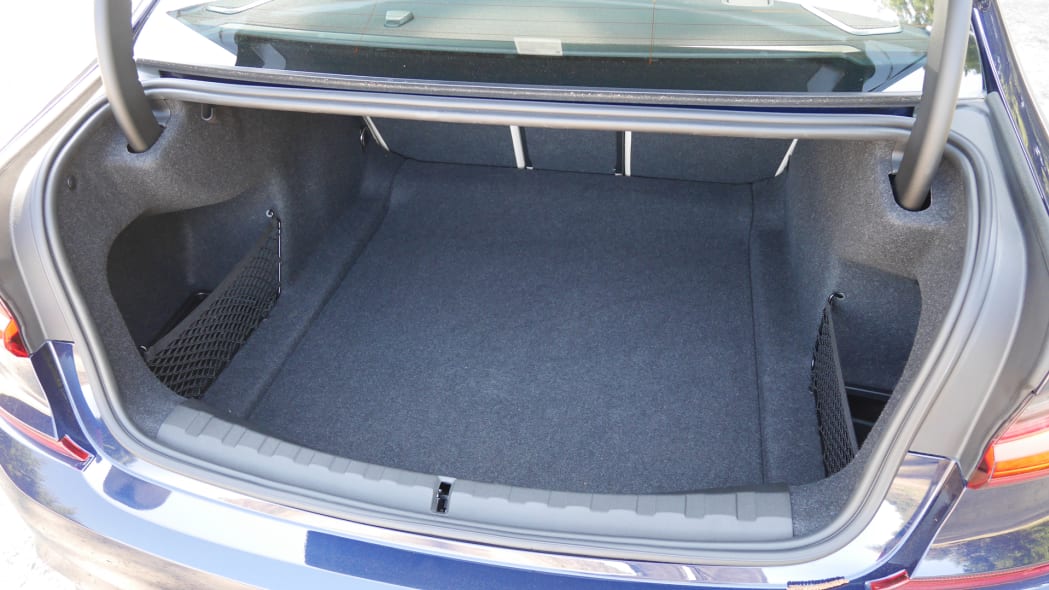 Yeah, that doesn't look as big as an Accord (below left). Or even a Mazda 6 (below right) 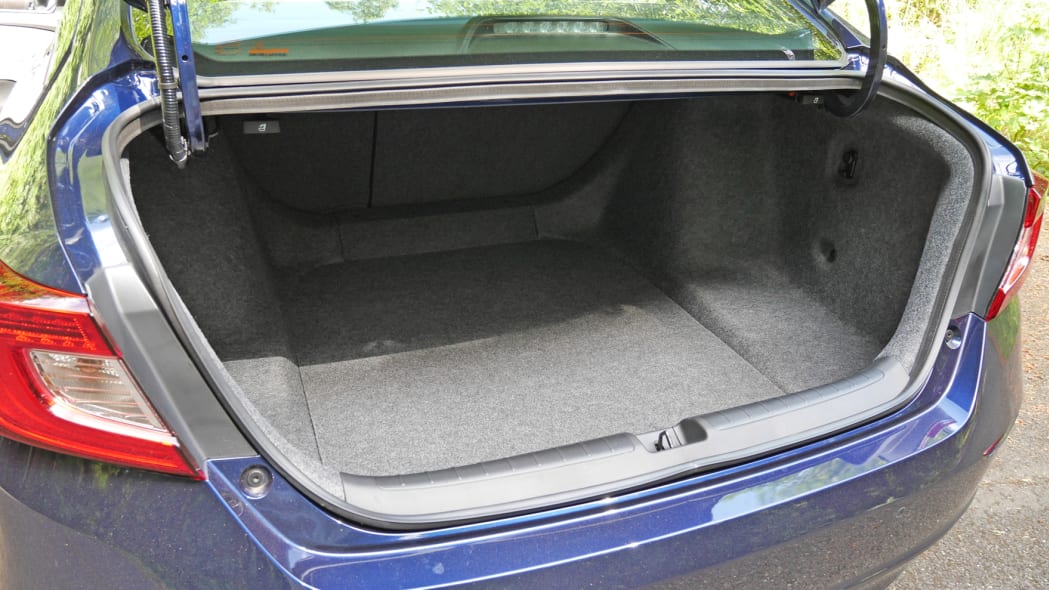 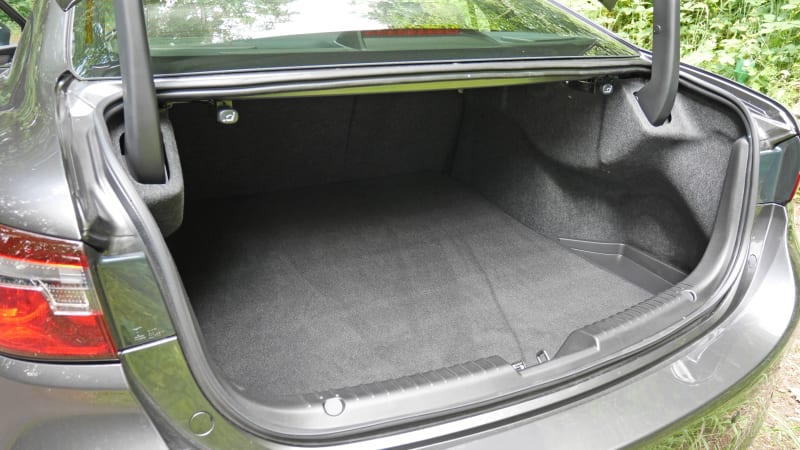 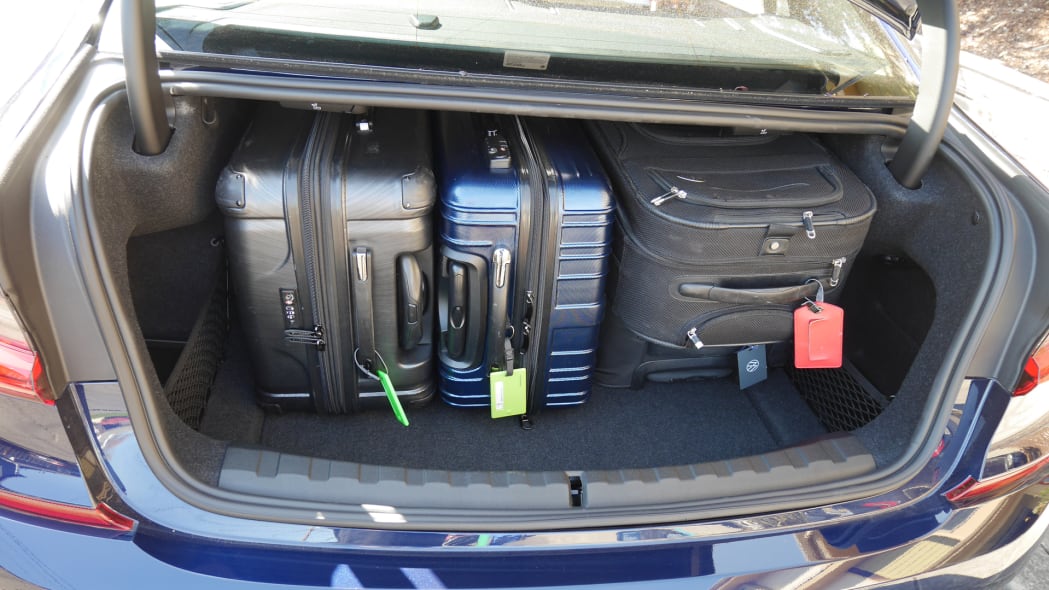 So, all of the four biggest bags fit between the wheel wells, but they couldn't be lined up on their sides as you can in a Sonata, Passat, Camry, Legacy and the ultra-wide Accord. There's also less space remaining between the bags and the trunk lip. That proves this car has LESS space than those, not more.

Nevertheless, let's fill it up. 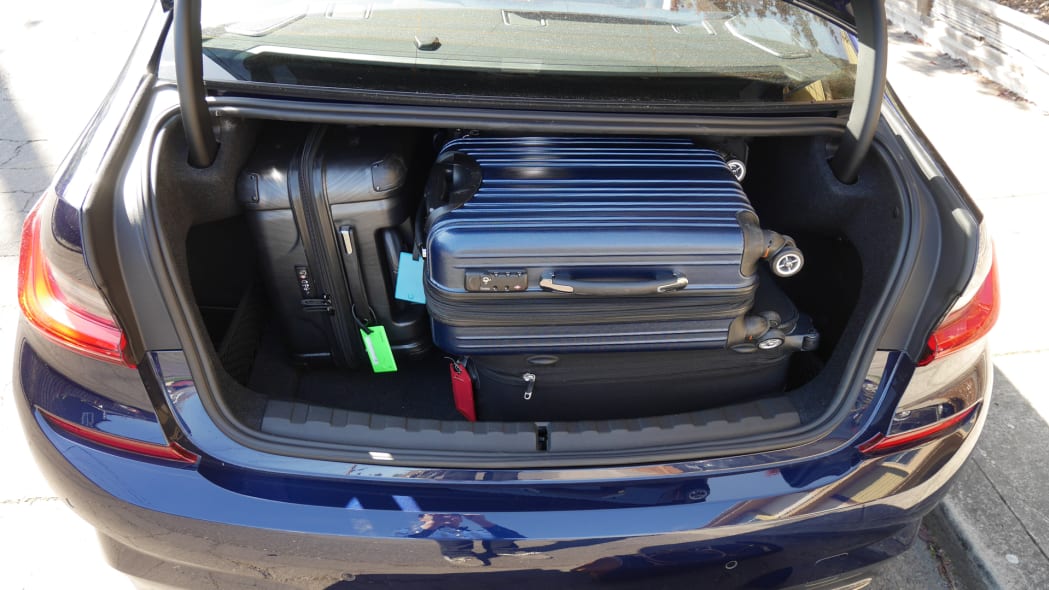 Try as I might, I could not fit the fancy bag in. There is indeed space left over, though, perhaps for a shopping bag on the left side there, or various items in the large bins on either side. They're pictured below. 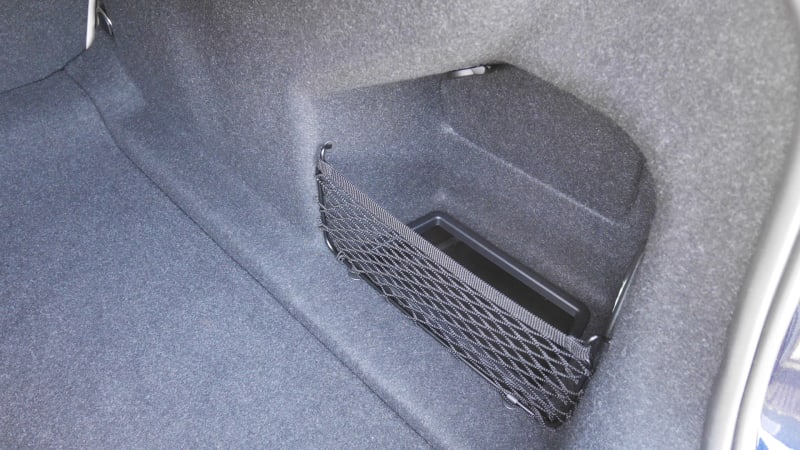 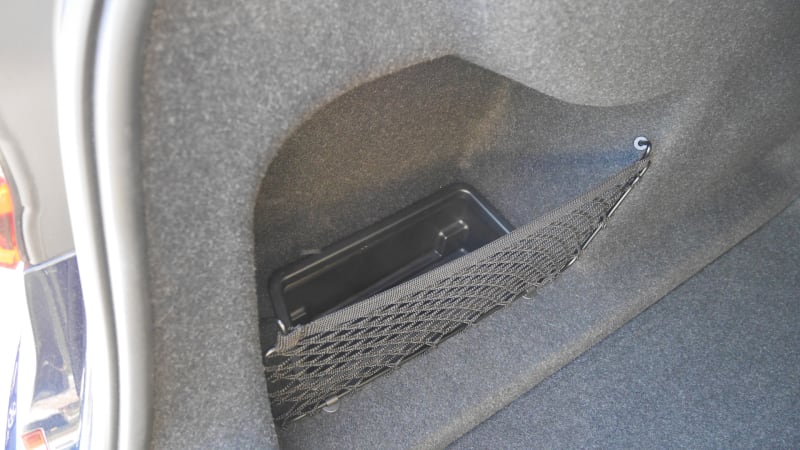 In total, I have no idea where BMW is getting that 17 cubic-foot measurement. If this is 17 cubes, then all the midsize sedans I've tested must be grossly under-reporting their capacities. In reality, I suspect it's a difference in measurements. Perhaps BMW is including the extra space afforded by those bins. Who knows. If I were to guess, I'd say this is closer to 12 or 13 cubes using those midsize sedans as a reference point. That actually wouldn't be that bad for a luxury sport sedan like the 3 Series, and let's not lose sight of the fact that it still managed to hold five suitcases with space left over. That seems pretty good.

I'd also like to commend the 3 Series for its functionality. The back seat is split 40/20/40 and the 40 portions can be folded by using pulls in the cargo area. The 20 area is basically an extra-large pass through. Just pull the easily accessed lever atop the seatback and flop it down. Nice and easy, and the seats also fold nearly flat. 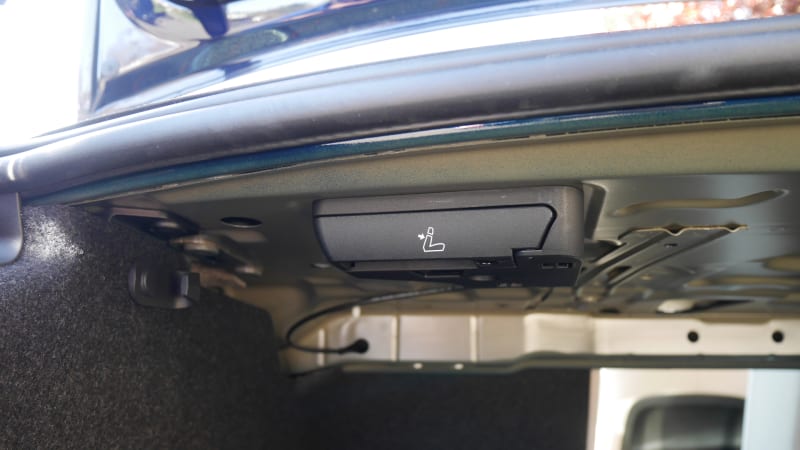 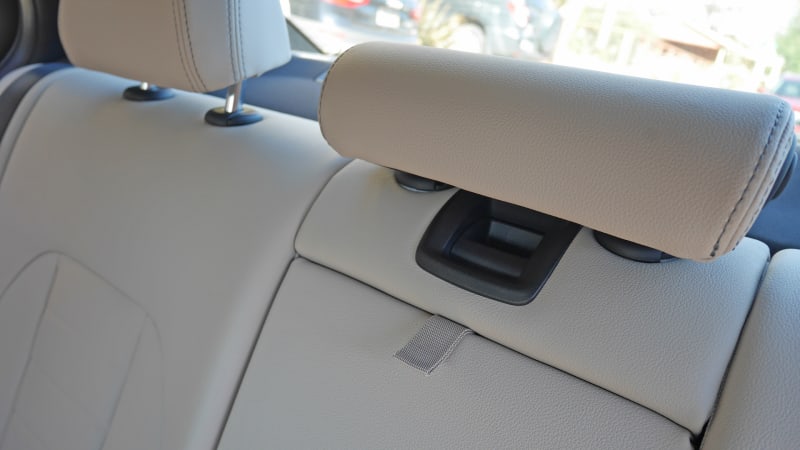 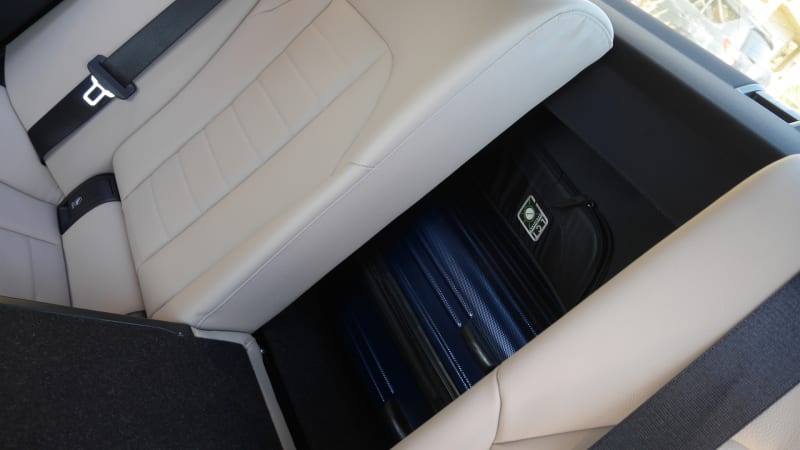 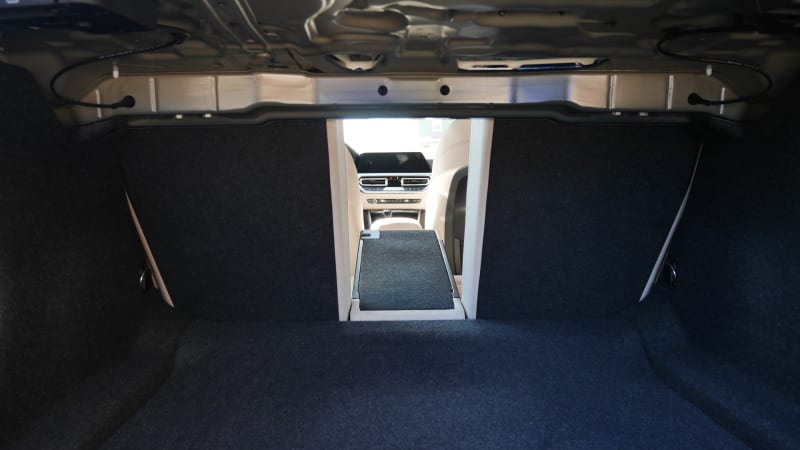 And finally, as a bonus test for my dad: will a golf bag fit? 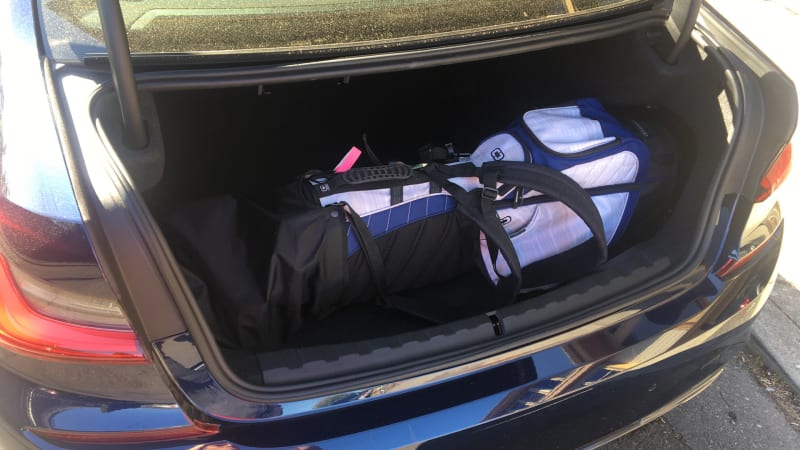 Why yes, it does. Easily. Not only is there abundant width for the driver to stay in place inside, the opening is especially wide. Very good.

So, in total, the 3 Series would not be the ultimate packing machine that its numbers suggest, but all that extra size for 2020 certainly doesn't go to waste.