New York Auto Show isn't happening this week, but here's a look back at its 120 years

The New York International Auto Show (NYIAS) should be starting this week. It isn’t. It has been postponed until Aug. 28 through Sept. 6, and the show's home at the Jacob K. Javits Convention Center is a temporary Covid-19 field hospital.

They’ve been holding a show in New York for a long time. Since 1900, in fact, when 69 exhibitors showed vehicles in Madison Square Garden (above). Back then there was a multitude of vehicle manufacturers. And while you may have heard of some of them — like Auburn and Pierce-Arrow — plenty of companies that proudly displayed their wares back then are barely remembered by history. Companies such as Grout.

Today, there is an ever-growing number of aspiring vehicle manufacturers taking advantage of the comparative simplicity of electric drivetrains (rotor, stator, armature, commutator, windings, bearings — six parts to an electric motor, while a V6 has six in the pistons alone). Back then, gasoline wasn't a given as a power source, and there were companies trying alternatives, like Eclipse Steam and Milwaukee Steamer, to say nothing of Crowdus Electric and the straightforwardly named Electric Vehicle.

Actually, there was a comparative explosion in the number of companies producing steam cars and early electric cars in the decade following that first New York show. Angus. Car de Luxe. Coyote Special. Norwalk Underslung. Pungs Finch. And many more. (The film below, of cars on parade in New York City, was taken by Thomas Edison.)

The 11th show was coincident with the 1st International Aviation Show.

Motorcycles were on display in the 14th year.

In 1936, travel trailers were included.

During the World War II years, there was no New York show, since automakers' production capacity was given over to the fight. The coronavirus postponement marks the first time since then that the show has not gone on. 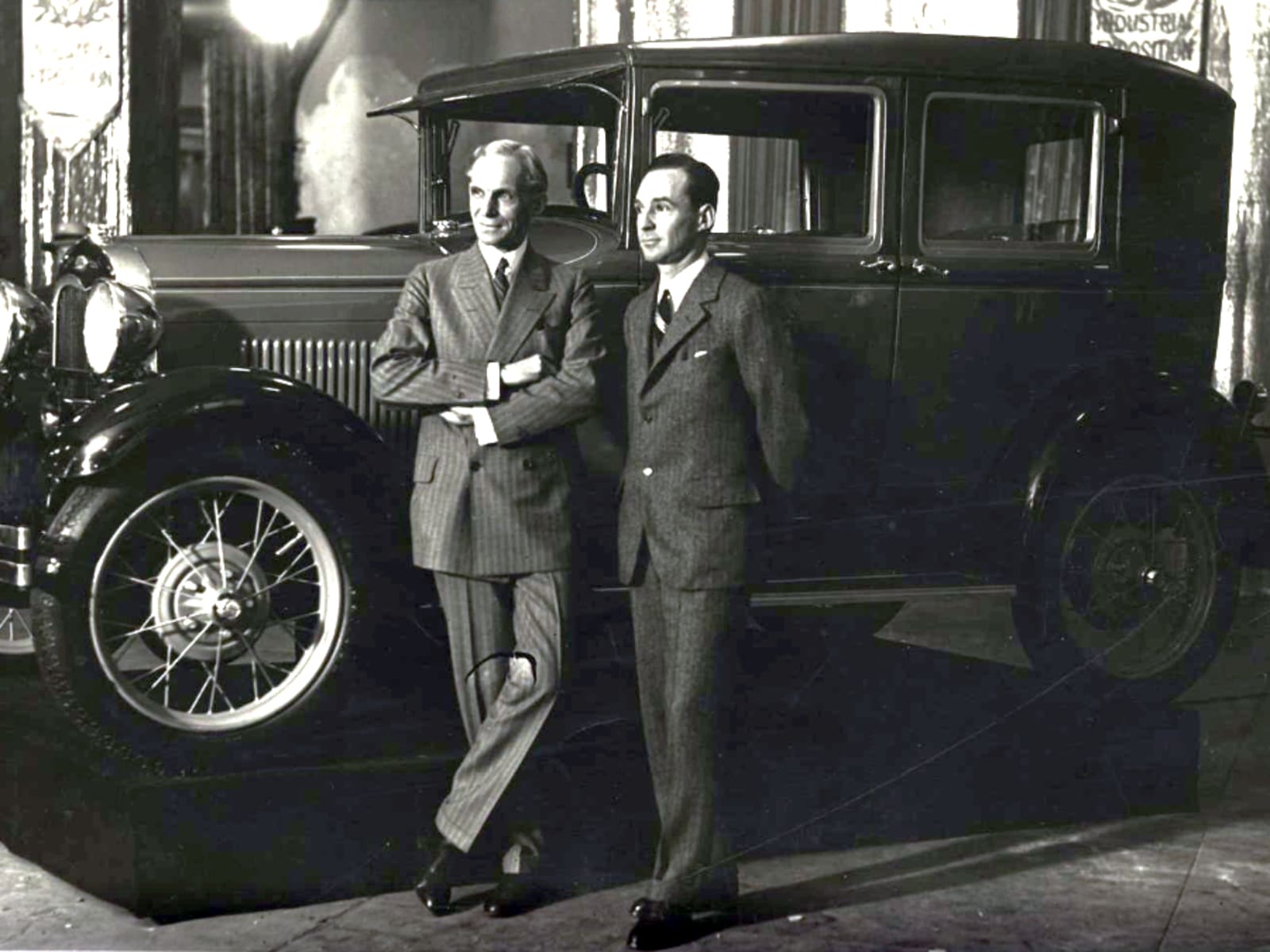 Henry and Edsel Ford with the Model A at the 1928 New York show. (The Henry Ford)

Meet the Model A

One of the big introductions at the New York show occurred on Jan. 7, 1928, when the Ford Model A made its debut at the Grand Central Palace.

What is interesting to note is that the actual reveal of the Ford Model A, the stalwart successor to the Model T, had already occurred on Dec. 2, 1927, at Ford dealers across the country. This New York introduction was like a Tesla reveal event. According to a story in Hemmings, 10.5 million people showed up to see the car at their Ford dealer, and 1 million showed up at the New York show.

What’s in a name?

Then there is the issue of nomenclature.

In 1949, the “First International Automobile Show” was held at the 69th Regiment Armory. “International” apparently meant European, with brands including Allard, Cooper, Humber, Rover, Peugeot and others on display.

In 1956, the “International Auto Show” was held at the then-new New York Coliseum. It featured everything from the Saab 93B coupe to the Chrysler 300-B.

There were 12 “International Automobile Shows” held at the Coliseum. In 1972, the venue stayed the same, but the name changed to the “1st Annual Greater New York Automobile Show.” NASA brought a fully operational lunar rover to that one.

In 1987, the event made the move to the Javits Center, where it has been ever since. 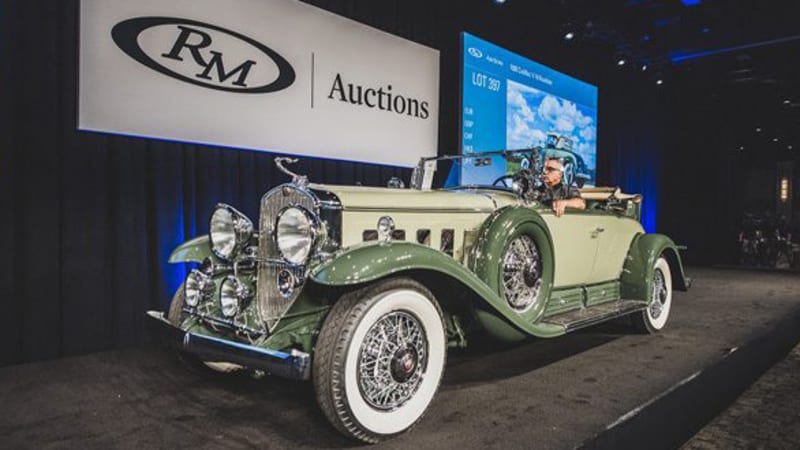 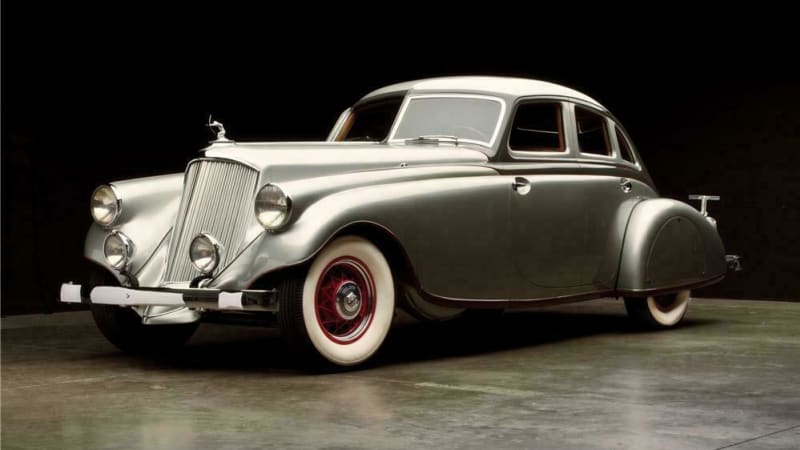 New York was where many of history's greatest cars made their North American or world premieres. The Curved Dash Oldsmobile, America's first mass-produced car, was driven from Detroit to New York for the 1901 show. The first Cadillac was there in 1903. The Ford Model N, predecessor to the Model T, was shown in 1905 at a price of $500, and the first Chevrolet to wear the bowtie was there in 1914.

The show debuted Duesenbergs, the hand-built Cadillac Sixteen in 1930 with a 165-horsepower V-16 and a top speed of 90 mph, and the sensational 1933 Pierce-Arrow Silver Arrow — in the depths of the Depression, costing the equivalent of $200,000 today, only five were ever built.

In 1954, the legendary Mercedes-Benz 300SL Gullwing debuted at the New York show instead of in Germany, and in 1961 the Jaguar E-Type's introduction to North America packed the arena.

Attendees of the North American International Auto Show (NAIAS) in Detroit in past years at the Cobo Center (now the TCF Center) know that running across the ceiling is a section of the 2.94-mile track for the autonomous People Mover train. Stand in the wrong place at the wrong time and your conversation turns into a shouting match. Perhaps this will be less of an issue when NAIAS returns June 11-26, 2021, as more of the event will be held outside. Like the Javits Center, the TCF Center has been turned into a Covid-19 field hospital by the U.S. Army Corps of Engineers.

Those who attended New York shows in the early part of the past decade will have a similar memory: The roof of the Javits Center leaked, so there were funnels running down from the ceiling to catch containers.

But who wouldn't like to have leaks, noise and especially the pandemic behind us, so we could all be attending an auto show this week?