Scared of breaking your GoPro? You don't have to worry anymore

It was a sunny morning. Producer Alex Malburg and I had spent the previous few days traveling to Queenstown, New Zealand, to drive and film the not-yet-released-in-the-U.S. Ford Ranger. As we drove along on the left side of a gorgeous cliffside road overlooking a lake, little did we know our GoPro, which had been attached to the driver’s side of the car, had fallen off and tumbled down the road. The day was about to get a little less cheery.

Unfortunately, when filming cars, mountain bikes, and plenty of other action activities, this story isn’t all that rare. Autoblog Editor-in-Chief Greg Migliore once walked up to my desk with a guilty look on his face as he set down dozens of pieces of what used to be a Hero 4, the aftermath of meeting the underside of a garbage truck after falling off a Challenger he had been filming. As a company, we chalk it up as a risk of the job, but when it happens to my personal camera gear, it hurts.

Thankfully GoPro has realized that getting the best looking shots also means a high risk of losing or breaking a camera, so they’re currently offering a GoPro Plus subscription for $5 a month, or $50 a year if you buy it all up front. With that, you get unlimited cloud storage of your footage at 100% quality, replacement of your broken GoPro no questions asked, as well as 50% off mounts and accessories for your camera at GoPro.com. While I find the cloud storage intriguing, the replacement feature is by far the most appealing. 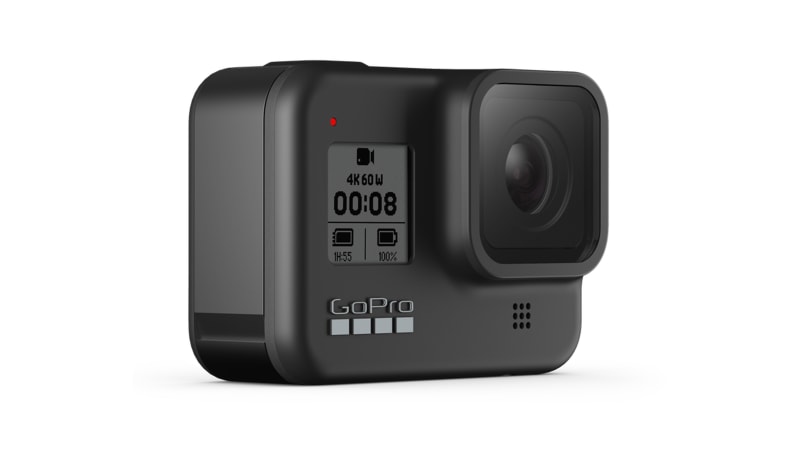 As far as how the cameras perform? I don’t have to dig up a review to tell you that the Hero8 is a fantastic leap forward for the quality of footage coming from an action cam. I’ve used every single model of GoPro, and have owned most of them, and while I expected the Hero8 to be good, I was never expecting it to be this good. The stabilization is unreal, but the true winner is the picture quality. I used to vlog with my DSLR, which I totally love, but it’s been staying home more often, as the Hero8 is a phenomenal camera in a much more portable package.

There are some restrictions with the GoPro Plus subscription. For example, the cloud storage doesn’t work for footage shot with the GoPro Fusion, so if that’s the camera you’ve used in the past, you’re out of luck. You can only replace two cameras per year and they have to be Hero5s/Fusions or newer, and some accessories aren’t included in the discount, but overall, it sure has eased my mind when attaching my personal cameras to a car or taking them snorkeling, skiing, kayaking or rock climbing.

You can check out all the details and pick one up for yourself right here. GoPro is currently offering $100 off the Hero7 Black and Hero8 Black, from now until May 3rd.

Hyundai and GM say they're serious about air taxis