Do you all just love my hideous Bentley? It's so insane and tacky. I'm sure if I were to actually order this a British lord somewhere would dispatch his valet to slap me.

Who knows where I'll figuratively be in two weeks' time, but today turns out to be the day I turned to see just how tacky certain car configurators will let you get. Admittedly, they're almost all high-dollar, extra-low-volume cars. If you try to play around on a Honda configurator, you'll have wrapped things up in about 30 seconds.

But Bentley, now that's a company that'll let you get tacky on its configurator. I chose the new Continental GT Convertible because the lowered roof would make it easy to demonstrate in pictures the level of my tackiness. From there, it was this eye-searing Apple Green, though I was certainly tempted by Azure Purple and Magenta. Roof choice? I was expecting there to be more, nevertheless, Claret red seemed like a suitably awful pairing.

Inside, well, let's crack those knuckles and get to work. Luckily, Bentley lets you choose two different leather colors: Main and Secondary "hides" with five choices of how to split those colors. Sorry, colours. I chose Colour Split B cause it seemed to have the most of each colour. For the Main Hide, I went with Hotspur, an extremely red shade of red that would be home in an early 2000s BMW. Cumbrian Green and Damson purple were tempting, but they just weren't bright enough, and I thought they wouldn't pair poorly enough with the Secondary Hide: Newmarket Tan, which is pretty damn orange. You can't see it, but the interior of the roof is Blue. For the veneer, I went with Tamo Ash, 'cause yuck.

Finally, throw on some black wheels, and voila, my tacky Bentley. I must say, this is most definitely tackier than the real Bentley Flying Spur I once tested that looked like South Beach threw up inside. So much white and teal. Oh, and that ash wood. A Bentley rep told me they ordered it by mistake.

Now, Bentley isn't the only high-dollar outfit that lets you indulge in such tacky fantasies. Most other British brands do, including Mini, and the Germans offer plenty of color choices as well, usually through some special custom program like Audi Exclusive. Porsche makes it especially easy, though, which you can see in my other craptacular creation below. Why yes, that is a yellow body with a red roof and green leather interior.

I think I may need another hobby. 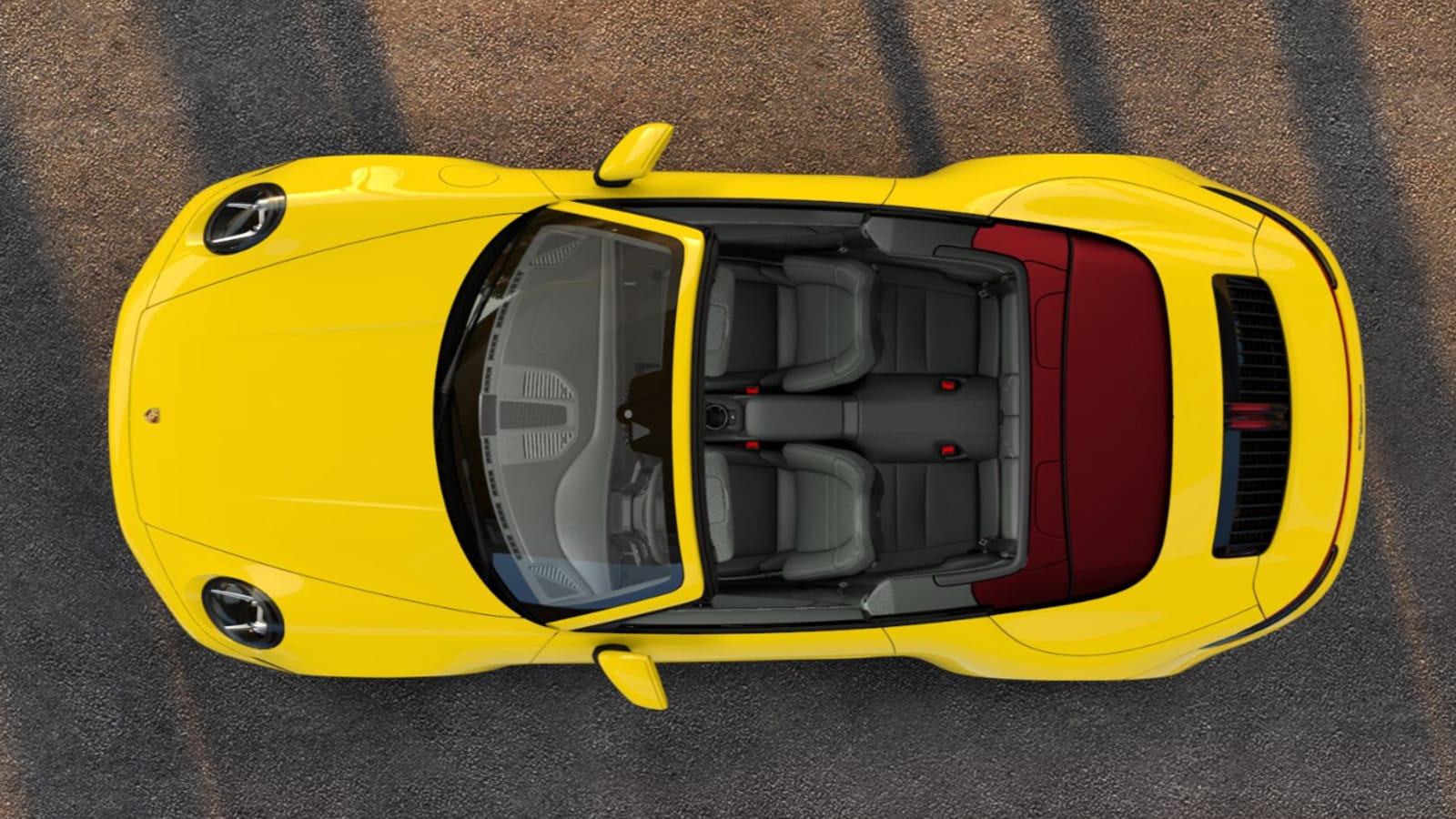