Plus some more thoughts from this crazy week Last week, I took my son to preschool for what was probably the last time.

My usual car seat, a Britax Frontier Clicktight I bought specifically for its ease of swapping between press cars, was still in his babysitter’s car. She’s a family friend who had proactively decided to self-quarantine after a trip to Mexico. As such, I had to temporarily install the Graco 4Ever that’s usually in my wife’s car into the 2020 Mercedes-Benz GLS 580. It’s usually a pain in the ass, as bulky as it is, but it fit right through the rear passenger door, and it was the perfect height for threading the seatbelt through the back of the seat and clicking into the buckle. Usually there’s a lot more grunting and hunching and swearing involved.

After getting him to school, I got the Britax out of the babysitter's car (thanks Ford SecuriCode!), then went home and had to do the switch all over again, putting the Graco back in my wife’s GLK — with the requisite amount of grunting, hunching and swearing.

Later that afternoon, having reinstalled the Britax (it took perhaps 15 seconds to pop in), I went to pick Wollie up from preschool. While I waited for class to be dismissed, I caught up with the school director in the hall. She and her colleagues were contemplating closing the school due to Coronavirus. I told her what I heard through the grapevine about the public schools, she asked me how I felt about the possibility of the preschool closing. She made the call later that night: school would close. The next day, schools closed across the state of Michigan. Now it’s looking like Wollie won’t be going back to school until next year, when he will begin kindergarten.

The GLS was a great car for Coronavirus prep, all things considered. In addition to the ease of car seat installation, it has tons of cargo space. I wasn’t hoarding this time around, but if I were, it could easily be done. The second- and third-row seats all go down with the push of a button, or you can do each seat individually, in case you need to take your large son hoarding with you. (In reality, this seems better suited for our loaded-up trips to the cottage Up North.) With all seats down, the GLS was also big enough to fit a Sole E25 elliptical in its box, since we’re not going to the gym anytime soon.

Lowering and raising all the rear seats of the @MercedesBenzUSA GLS 580 with the push of a button. @therealautoblog pic.twitter.com/CYr3xuvACW

The GLS even served as entertainment in a pinch, without having to leave the driveway. The trick E-Active Body Control suspension blew the kid’s mind, whether I was using the bouncy “Free Driving Assist” (used to help become unstuck when off-roading) or adjusting at each corner with the “Individual Wheel Control” (check out our Technology of the Year video for more about that). We also had to play with the MBUX voice controls (“Hi, Mercedes!”) that Wollie had became enamored with earlier in the GLE.

The GLS just left my driveway, and I’m sad to see it go, though I was pleased, again, with how easy it was to pull out the car seat. Wollie gave the car an auspicious send off by helping to give it a good disinfecting. He's doing his part. 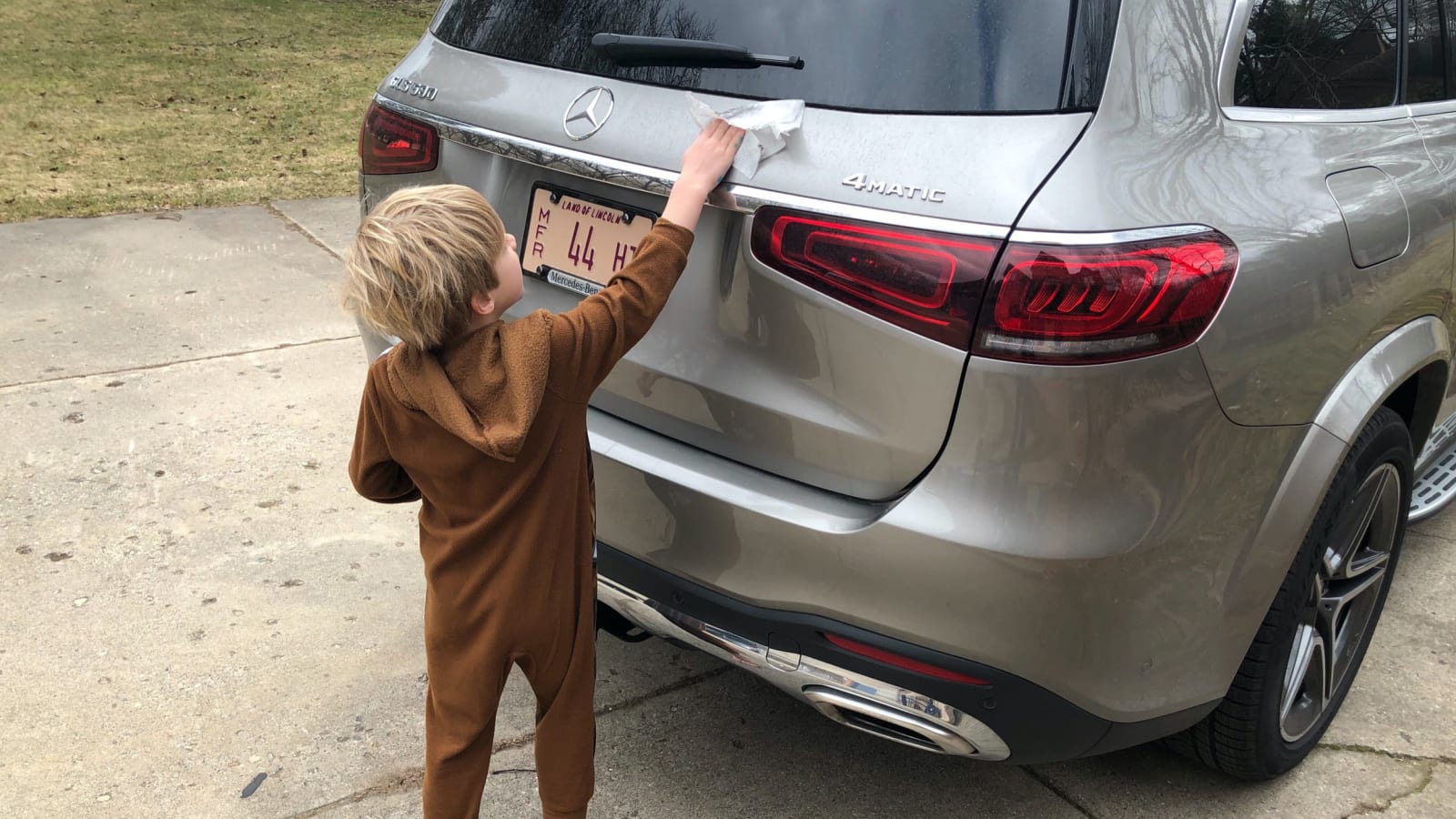 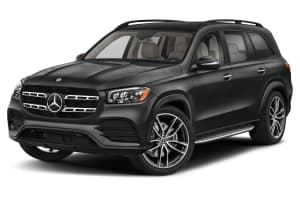