The world has reached peak Bronco-mania. Everybody and their mother is talking about the new Ford Bronco, mostly because of the seemingly undying love for the old Ford Bronco. We were scouring the web for any good Bronco toys for the kids (or kids at heart) and made kind of a strange discovery. There is a wild world of old, licensed Ford Bronco Hot Wheels toys that have some pretty weird themes. Here are our 5 favorites. Buckle up. 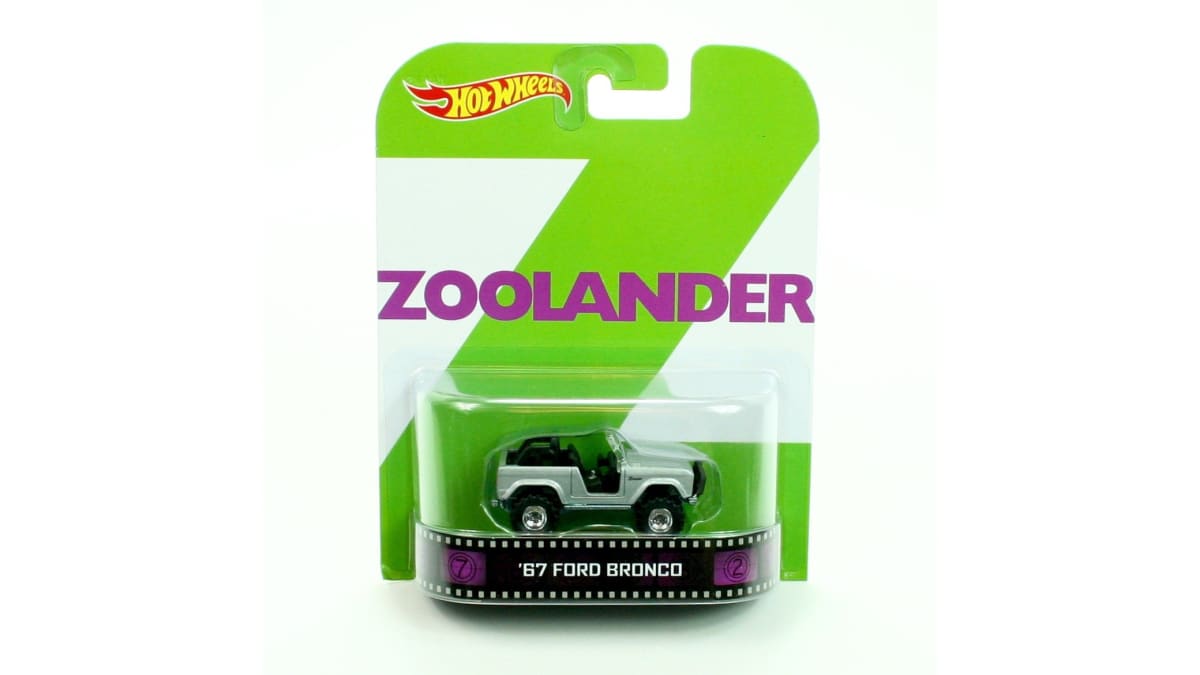 What is this, a Bronco for ants?! You guys remember Zoolander, right? Ben Stiller, Will Ferrell, all of the memes? I'll admit, it's been a long while since I've seen this one, and I had zero memory of a Bronco featuring in the film. Of course, one does. You can see the clip for yourself here. But of all movies for Hot Wheels to put out a toy for, this just seems like such a strange one. Regardless, it's a good-looking replica of the '67 Bronco from the movie, and even better, it costs less than $10. If you're into stuff like this, you can check it out right here. The Ford Bronco really is, like, so hot right now. 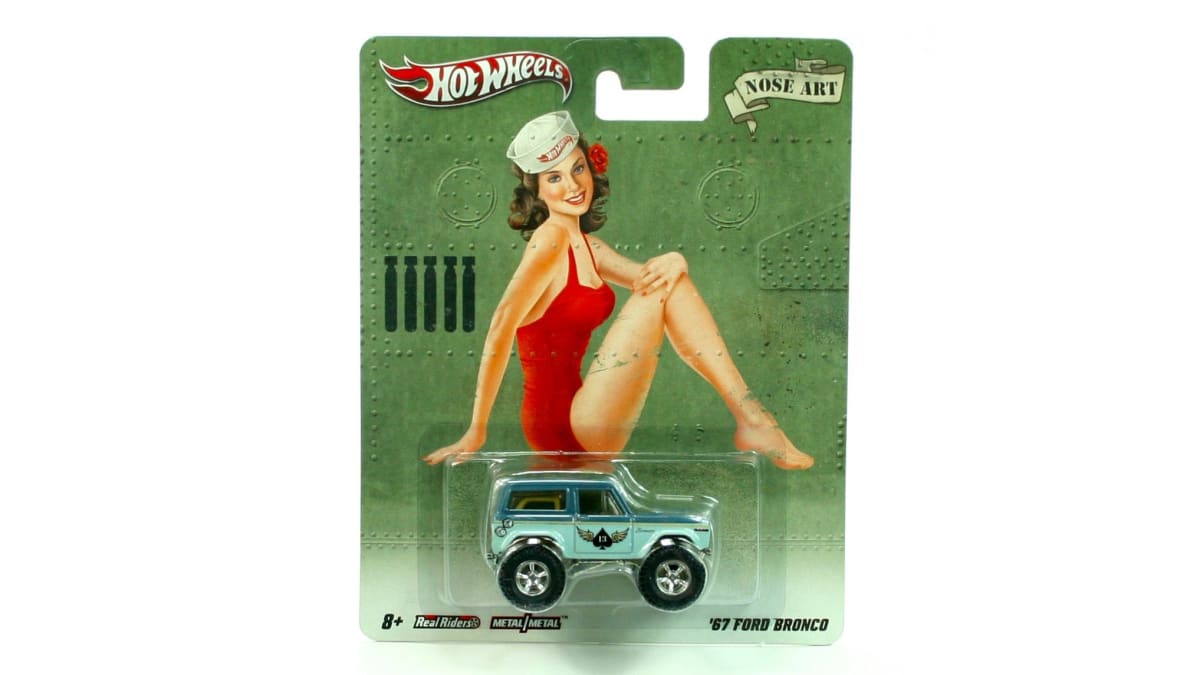 This Hot Wheels collab is part of a nostalgia series featuring another '67 Ford Bronco. This design draws inspiration from WWII nose art on warplanes. The whole collection has some interesting cars. There's a '67 Austin Mini Van and even a Dairy Delivery truck, but come on, we all know the Bronco is the coolest. According to the description, the collection has been out of production for a while. That probably explains the worst part about this toy: It's currently being sold for $79.99. If you've got some extra scratch and are just looking to add to your collection, maybe that won't matter to you. But if that's a little rich for your blood, this next oddity might catch your eye. 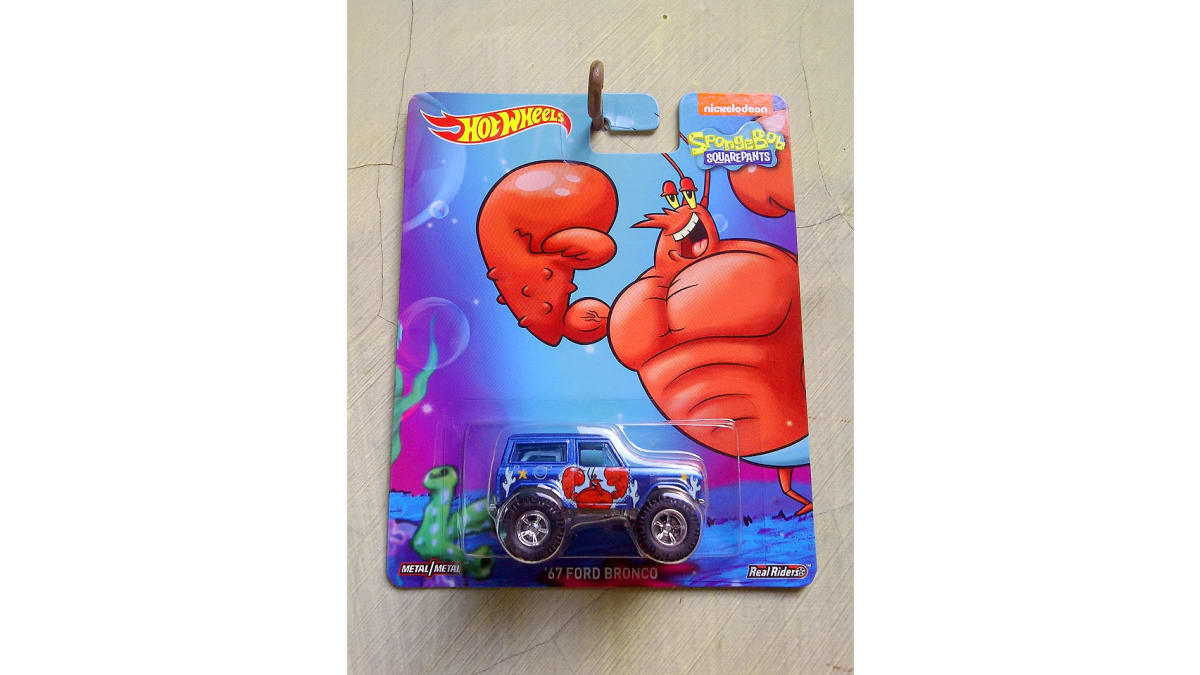 I don't know about you, but I've certainly never noticed a Bronco cruising past a pineapple under the sea. Apparently this one is driven in-universe by recurring Spongebob Squarepants side character Larry the Lobster, a bodybuilding lobster. Why does this exist? I genuinely don't even have a guess, but hey, if you're a big Spongebob fan and a big Bronco fan, then why not commemorate your love with this super weird mash-up. You can pick up the Spongebob-edition Bronco right here for $19.99. 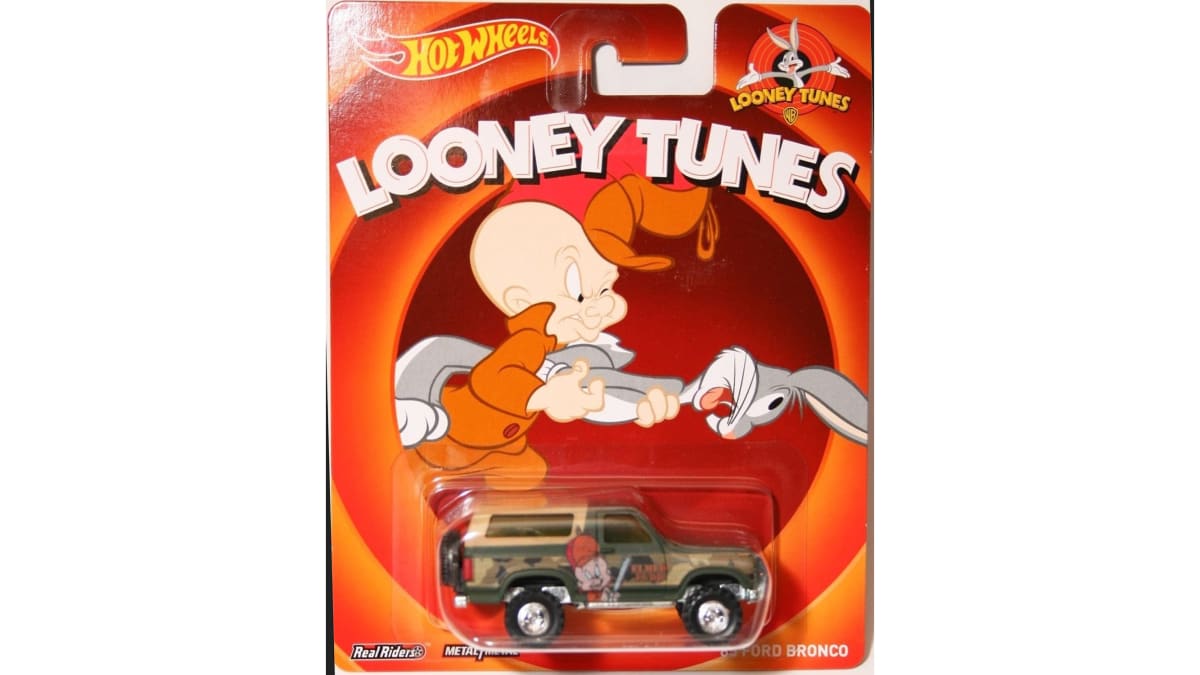 This was news to me, but apparently Elmer Fudd's vehicle of choice for hunting wabbits was in fact an '85 Ford Bronco. This Looney mash-up is actually one of the least weird on the list. Elmer Fudd would absolutely be a Bronco guy, and he would absolutely have a mural of himself painted on the side. As far as I'm concerned, this one is 100% cartoon accurate (it's actually not, though, it's just a fun a toy). You can pick up the '85 Fudd Bronco right here for just $13.77. 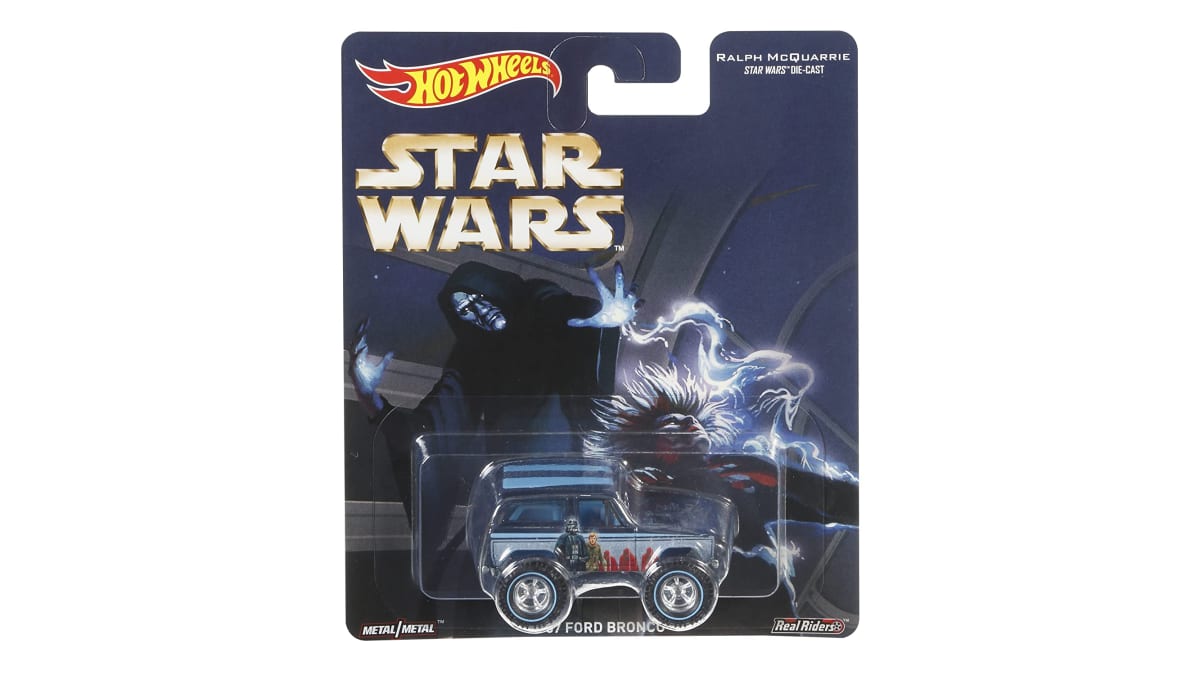 Hello there! We're at the end of our list, and I'm proud to present to you, by far, the weirdest Bronco collab we found: This completely random Star Wars Bronco. What a product. Presumably, this is from an alternate-reality Star Wars where a Doctor-Doom-looking Emperor Broncotine battles against Luke Forddriver to control the fate of the galaxy. Believe it or not, this little guy was in production as recently as 2016. While it's maybe not the most universe accurate, (at least paint it like a Wampa or something, come on!) it's definitely a unique take and could be an awesome addition to either a Bronco collection or a Star Wars collection. You can pick up the Star Wars Bronco right here for just $15.73. May the horse be with you.