As I explore the vehicle graveyards of the land in search of pieces of the automotive-history puzzle, sometimes I realize that I've been neglecting a certain type of car or truck that deserves more attention. The BMW 5 Series is such a car. I've documented the first-generation E12 and the third-generation E34, but not the second-generation E28. So, when I went to California in December I decided I'd photograph the very first E28 that I found. That car turned out to be this faded, high-mile 1984 528e in a junkyard in John Steinbeck's old stomping grounds. 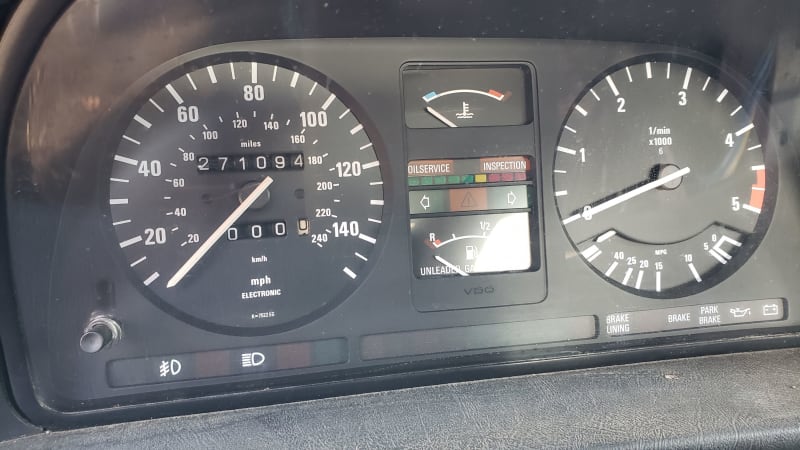 American BMW shoppers had the choice of the sensible 528e or the hot-rod 533i during the 1984 model year. The 528e got the same engine as the 325e, while the 533i received the powerplant from the big 7 Series dreadnaught that year. Still, the owners of this car got the last laugh. Long after most of the 533i cars threw rods or crashed into concrete abutments, this car kept on racking up the miles, finally finishing with a very respectable 270,094. That's the kind of mileage total I see on the likes of discarded Camrys and Mercedes-Benzes of the middle 1980s. 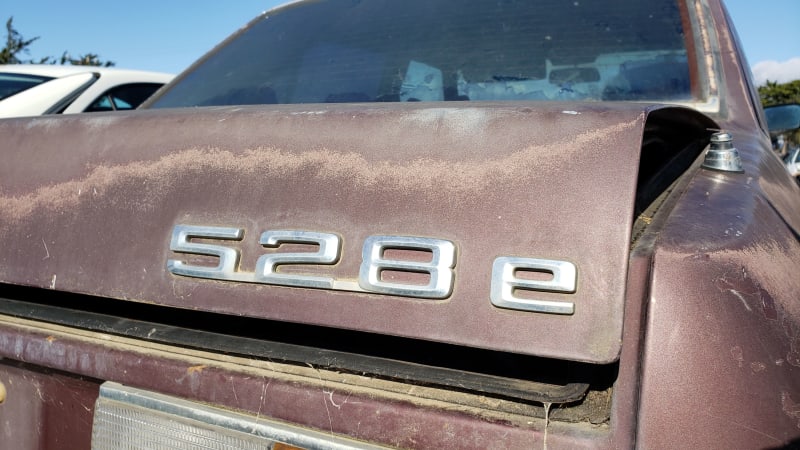 The "e" in the model designation stood for the Greek letter eta, which represents efficiency to nerdy engineer types. Remember, there wasn't much distance between the horrendous gas lines of the 1979 Oil Crisis and the period in which this car stood proudly in a BMW showroom. This, despite the beginning of the mid-1980s oil glut that ended up — more than anything else — leading to the downfall of the Soviet Union and made buyers of luxury sedans stop worrying about fuel economy. 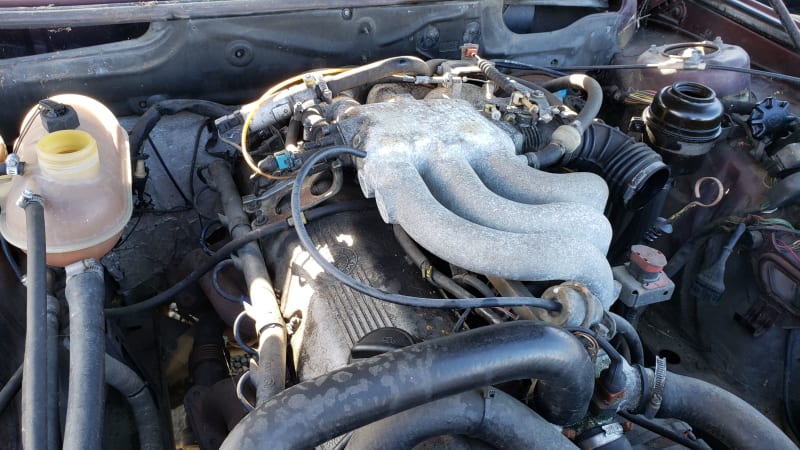 So, the engine in this car made good torque (170 lb-ft) and did well on fuel, but came with a rating of just 121 horsepower. That's a lot less than the horsepower you'd get in the very cheapest Corolla today (though the '84 528e weighed only 2,953 pounds, about the same as a '20 Corolla and a good half-ton less than the present-day 5 Series). 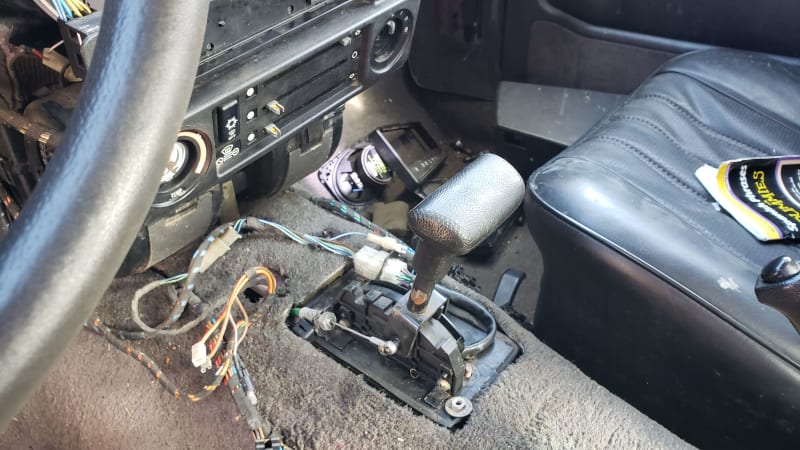 These cars still drove very well, despite their power handicap, though the Fun-O-Meter readings were much lower with the three-speed automatic. 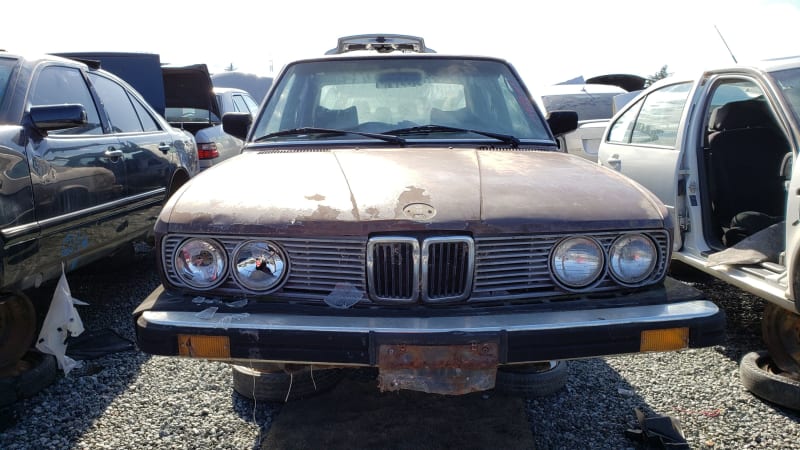 In fact, the 1984 5 Series was just slightly bigger than the 3 Series that year, and so performance figures ended up being fairly similar between the 325e and 535e. 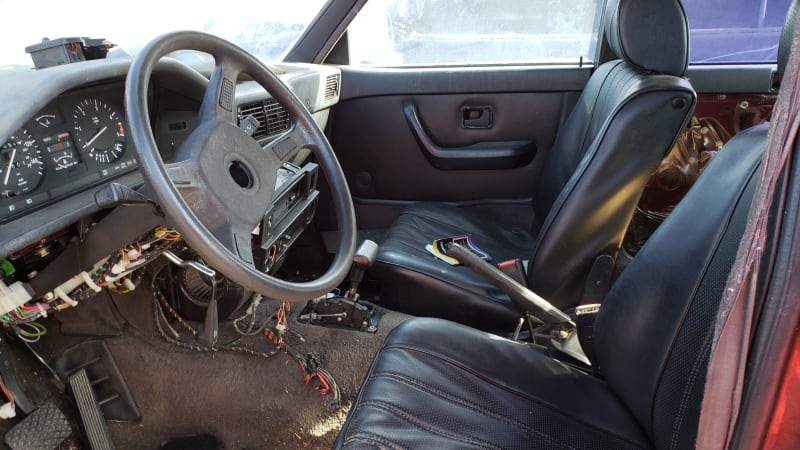 Like most high-mile cars I find in the junkyard, this one looks to have been well cared-for over its long life (abused beaters tend to get scrapped well before they get to 150,000 miles). The interior looks decent, despite the damage caused by junkyard shoppers, and the body is solid beneath the faded paint.

When that oncoming Tradesman blows a tire, forcing you to veer head-on into a careening LTD Country Squire on wet pavement, this is the car you wanted in 1984!