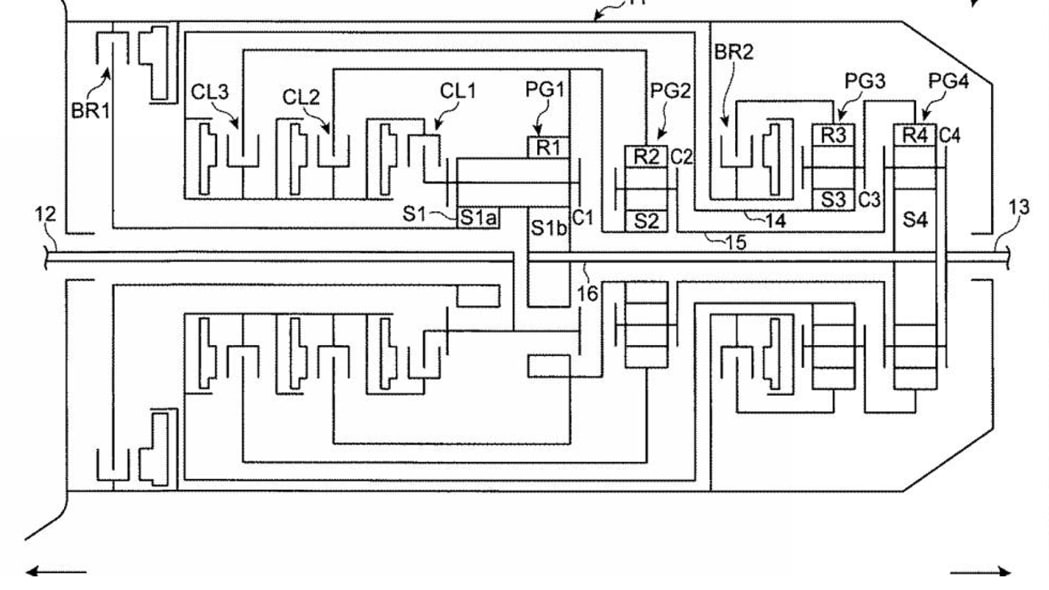 We've known for some time that Mazda is one of the OEMs getting back on the inline-six engine bandwagon, and a report from Japan gives us a glimpse of some of the automaker's plans. Mazda has filed patent applications for both new exhaust components (depicted with an inline-six) and a new eight-speed automatic transmission.

The news comes from a blog called T's Media (fire up Google Translate), which located the new hardware in two separate fillings, one for exhaust system components and one for the new transmission.

Mazda's lineup has been exclusively powered by four-cylinder engines since the demise of the last-generation CX-9, which utilized a 3.7-liter V6 sourced from Ford. Since, Mazda has relied on turbocharging to get more power out of its SkyActiv four-pots, but changes may be coming.

Prior reports have indicated that Mazda wants a new, larger engine architecture to power vehicles built on a new, larger platform. This new chassis is expected to accommodate longitudinal, rear-wheel drive powertrains, which could spawn larger crossovers and SUVs. It could also potentially underpin a new rear-wheel drive coupe, if Mazda decides to go that route.

While the inline engine itself is not news, what we're seeing here might actually be hints as to Mazda's approach to the next generation of its SkyActiv engine architecture. Mazda's exhaust patent seems to describe a scalable — perhaps even modular — setup intended to be used with inline and potentially even V-engines. 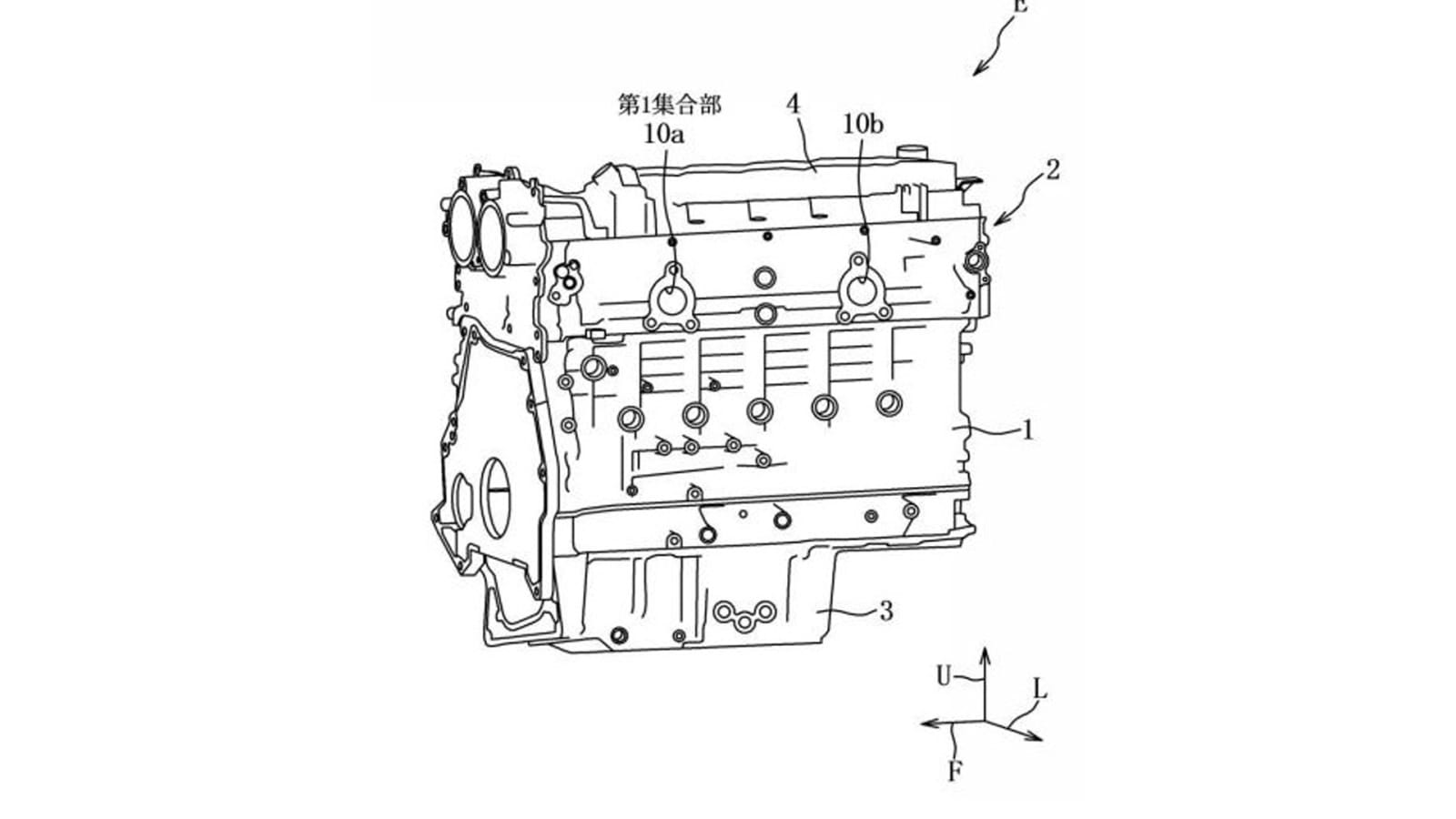 "Provided is an engine exhaust structure capable of securing exhaust efficiency while reducing the size of the engine by changing the structure of an exhaust port," a translation of the patent application's introduction says. "[T]here has been proposed a technique for collecting exhaust gas discharged from each cylinder inside a cylinder head without using a separate exhaust manifold with the aim of downsizing the engine."

In other words, Mazda is looking for ways to make its future engines more compact, and the strategy detailed here is the use of an integrated exhaust manifold, similar to what other automakers (such as Honda and Ford) have utilized on their smaller-displacement turbocharged engines. The sketch above of an inline-six engine with just two exhaust ports illustrates this concept.

The eight-speed transmission, while noteworthy in its own right as Mazda currently relies on aging six-speeds, doesn't seem to offer us anything particularly game-changing.