Between the Valiant and Reliant came the Volaré, Plymouth's workhorse compact car of the late 1970s.

The Plymouth Valiant enjoyed a phenomenally successful sales run in North America, starting in 1960 and continuing well into the 1970s. The legendary Barracuda was based on the Valiant, in fact. By the middle 1970s, though, the Valiant's 1950s chassis design couldn't compete, and so Chrysler replaced it (and its Dodge Dart sibling) with the Plymouth Volaré and Dodge Aspen. Once everywhere on American roads, the Volaré has become nearly extinct by now; I was happy to find this '77 during one of my junkyard expeditions. 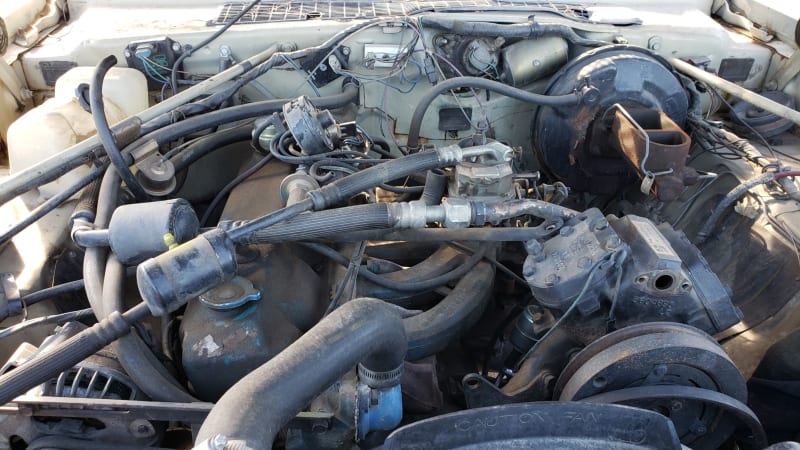 While never as beloved as their unkillable, rock-and-stick-simple predecessors, these cars were still sturdy, unibody-based rear-wheel-drive machines, powered by Chrysler's virtually indestructible Slant-6 engine or — for those buyers willing to pay extra for more power — the nearly-as-cockroach-like LA-series V8. Today's Junkyard Gem has the 225-cubic-inch (3.7-liter) Slant-6 base engine. 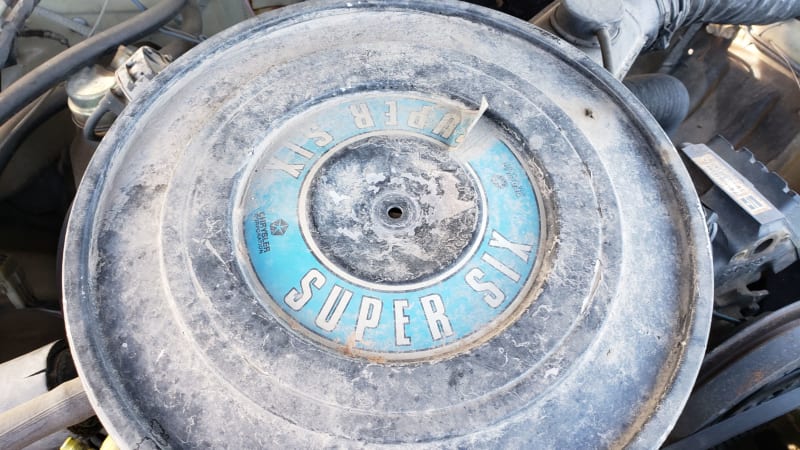 The "Super Six" of 1977 generated an even 100 horsepower, and it would laugh at years of the sort of neglect and abuse that would destroy most other engines in a matter of minutes. I'll bet this one still works just fine, but Chrysler made these engines by the tens of millions and there's no shortage of good ones still available today. 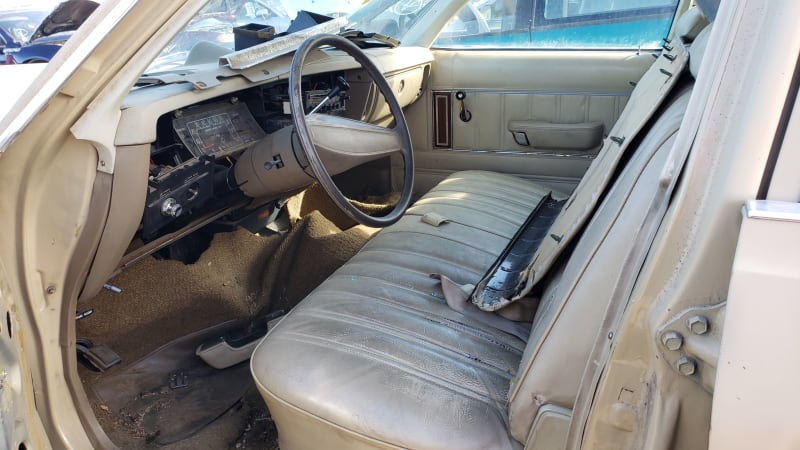 Ah, the good old front bench seat of our forefathers! The base transmission for the 1977 Valiant was the hallowed three-on-the-tree manual 3-speed that would have seemed familiar to drivers of the 1939 Plymouth, but just about all of these cars came with the optional three-speed Torqueflite automatic. If you wanted the optional 3- or 4-speed floor-shifted manual transmission, you had to get the bucket-seat option to fit the shift lever. 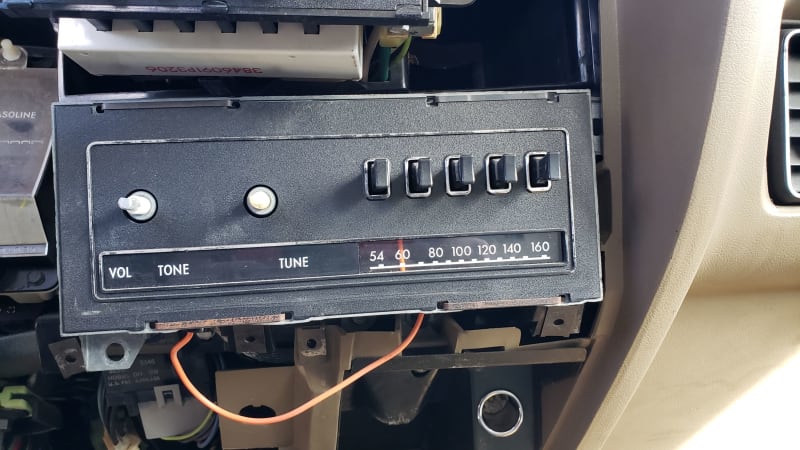 We can tell that this Volaré was neither a fleet car nor a cheapskate zero-options civilian model, because it has a padded vinyl roof and a factory AM radio. This single-speaker unit, perfect for wheezing out the hits of the era in tinny perfection, was a $69 option in 1977 (there's one Plymouth-appropriate song from 1977 that would sound just right on this radio). That's about 300 bucks in 2019 dollars, and keep that in mind when you complain about the base audio system in your new car having insufficient bass from the subwoofer. Believe it or not, thieves used to steal factory AM radios! 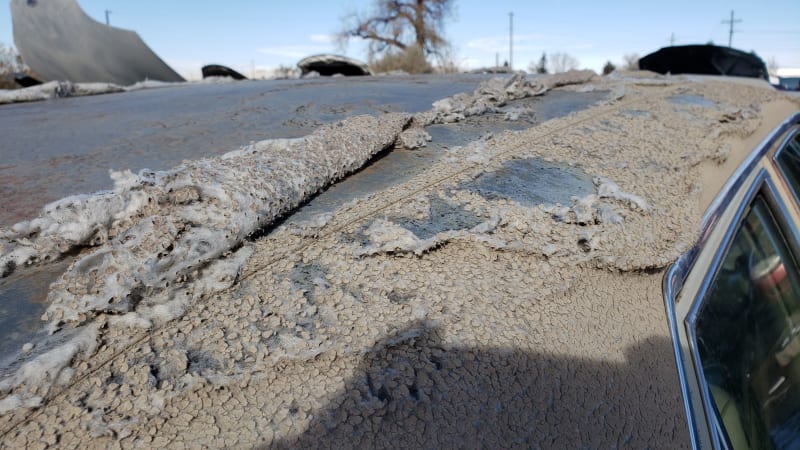 The fierce sun here in Colorado tends to destroy vinyl roofs, but this one looked sharp 43 years ago. 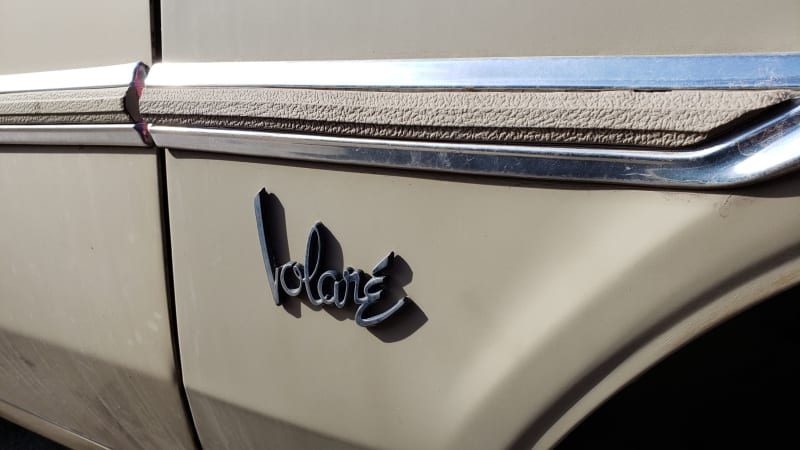 Other Detroit cars with accents include the Allanté and the Troféo. I remain disappointed by the lack of umlauts in our car model names. If you ever need a tough car-trivia question, just ask for the name of a North American make with an umlaut in it (the answer: Asüna, the Canadian counterpart to Geo).

Sergio Franchi was no Ricardo Montalban, but then the Volaré was no Cordoba. 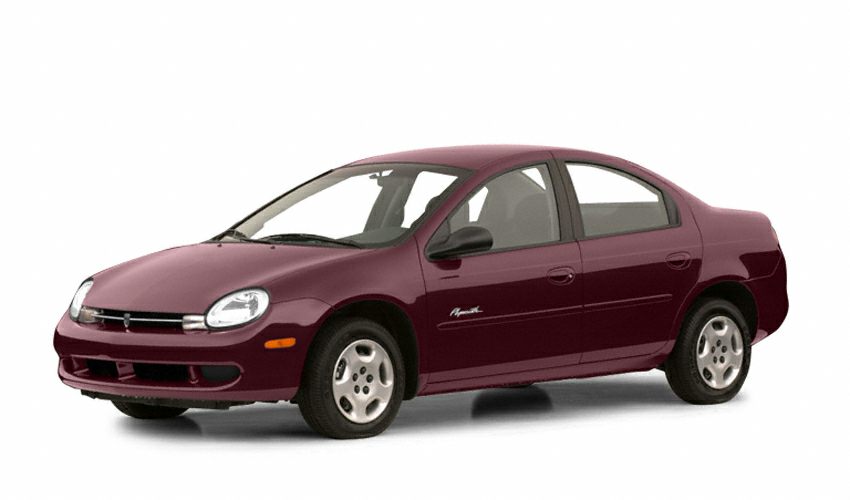