Fly me to Hamtramck! During the latter part of the 1980s, General Motors embarked on a quest to out-Europe the European high-end car manufacturers, building sporty coupes boasting snazzy lines and futuristic technology. Oldsmobile had the Toronado Troféo, Buick had the Reatta, and Cadillac presented the commanding general of the Italo-Michigan axis: the Allanté. You won't see many examples of this high-end statusmobile these days, but I was able to find this bedraggled gold '91 convertible in a Denver-area self-service wrecking yard. 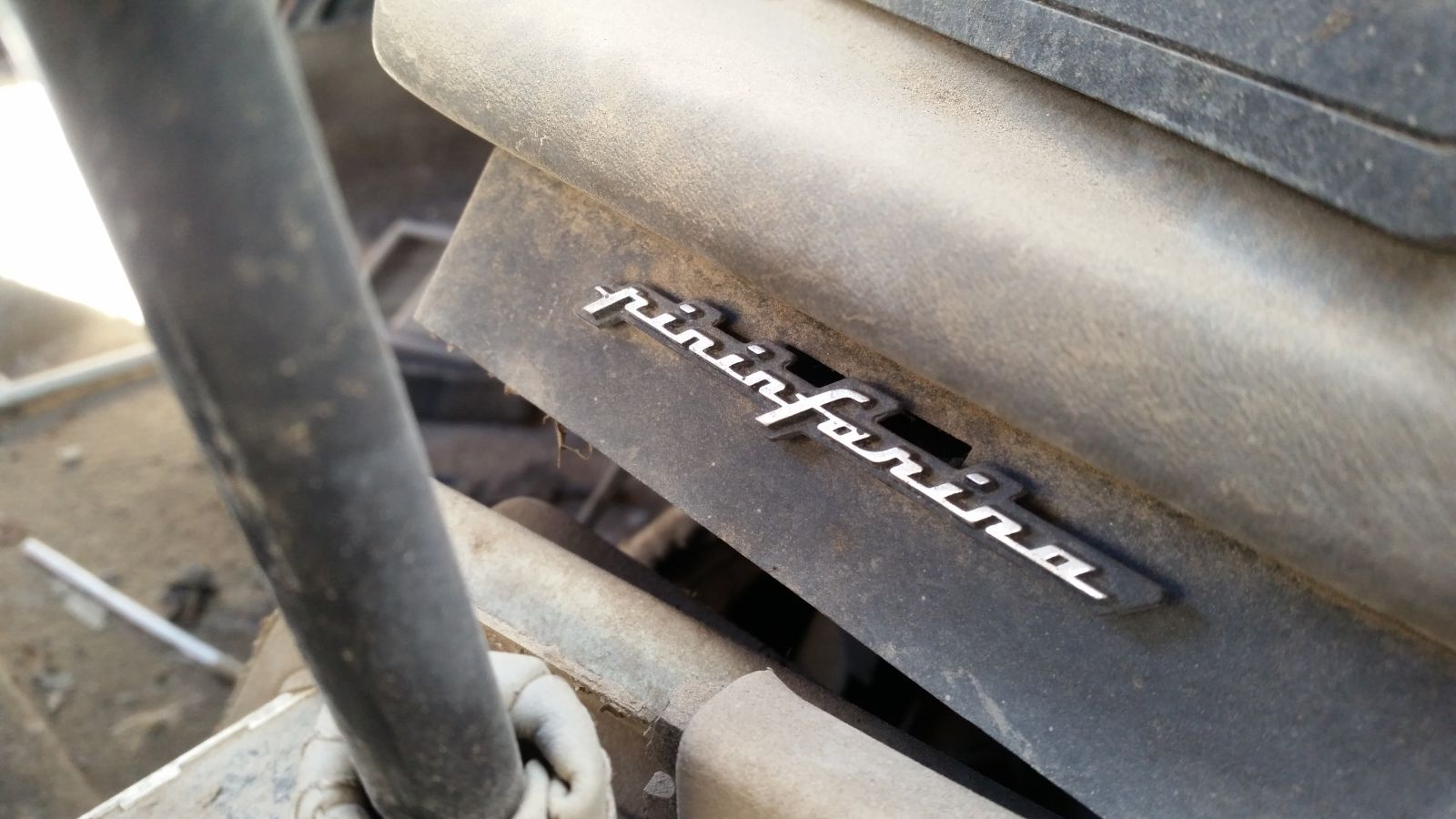 GM hired Pininfarina to design and build Allanté bodies in Italy, and then flew those bodies to the Cadillac assembly plant in Hamtramck, Michigan, using specially fitted Boeing 747s. The result looked as good as such outstanding Pininfarina hits as the MGB-GT, the Ferrari 308, and the Daewoo Nubira (OK, scratch that last one), but the tremendous expense of an assembly line with steps separated by the Atlantic Ocean pushed the price of the Allanté well beyond even Veblen Good levels. 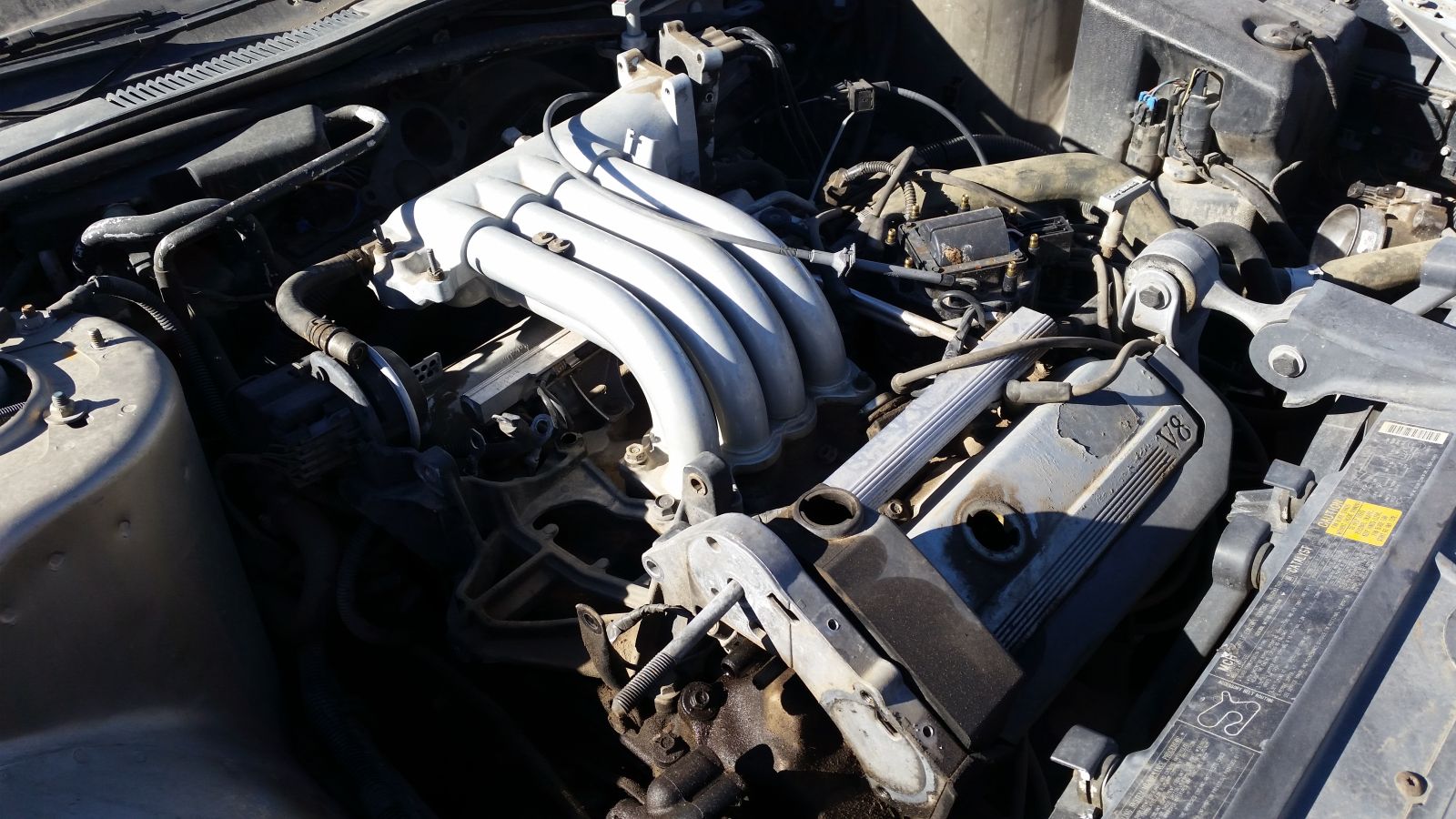 The 1991 Allanté convertible had a list price of $55,250; get the optional hardtop and the MSRP soared to $60,800. That's $98,500 and $108,000 in inflation-adjusted 2017 dollars, or around the same cost as the Mercedes-Benz 420SEL, Jaguar XJ-S, BMW M5, or Porsche 911 Cabriolet that year (the '91 BMW 850i was a breathtaking $77,700, but it came with a gratifyingly complex V12 engine). Which wouldn't have been a big deal for such a good-looking car, except for the fact that the Allanté was powered by a not-particularly-futuristic pushrod V8, driving the front wheels through the same four-speed automatic transmission installed in the prole-grade Chevrolet Lumina. The Allanté received the Northstar V8 in its final model year, 1993, continuing the GM tradition of that era to get things right just in time for the end of production. 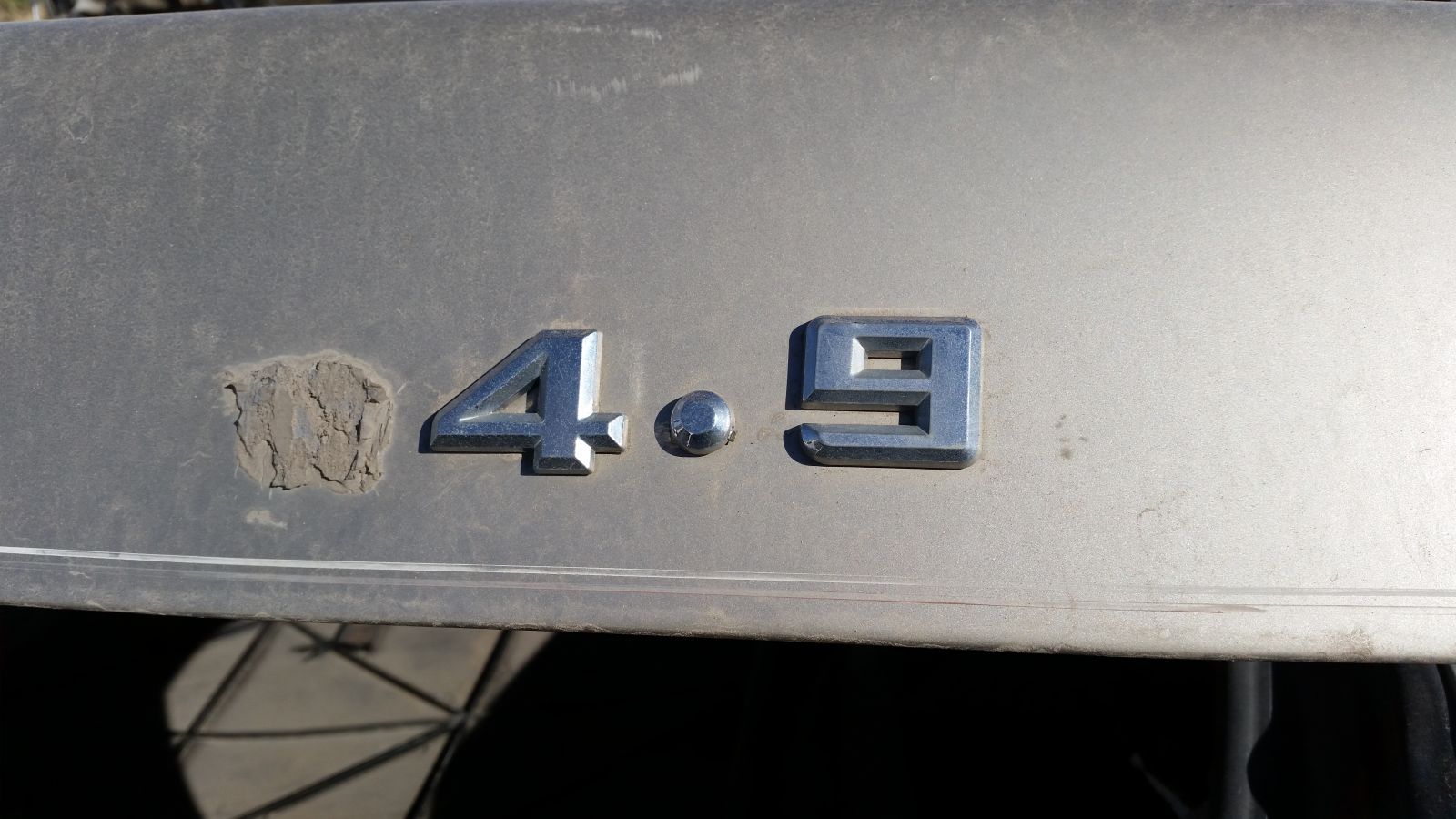 Not many BMW or Porsche shoppers were lured away from their German cars in favor of the Allanté, and most traditional Cadillac buyers were put off by the fact that this car's price tag was nearly twice as heavy as those on the Coupe deVille or Eldorado. As we can see from the stick-on mailbox numbers the car's final owner applied to the decklid in order to brag about the car's engine displacement, depreciation was both rapid and severe. 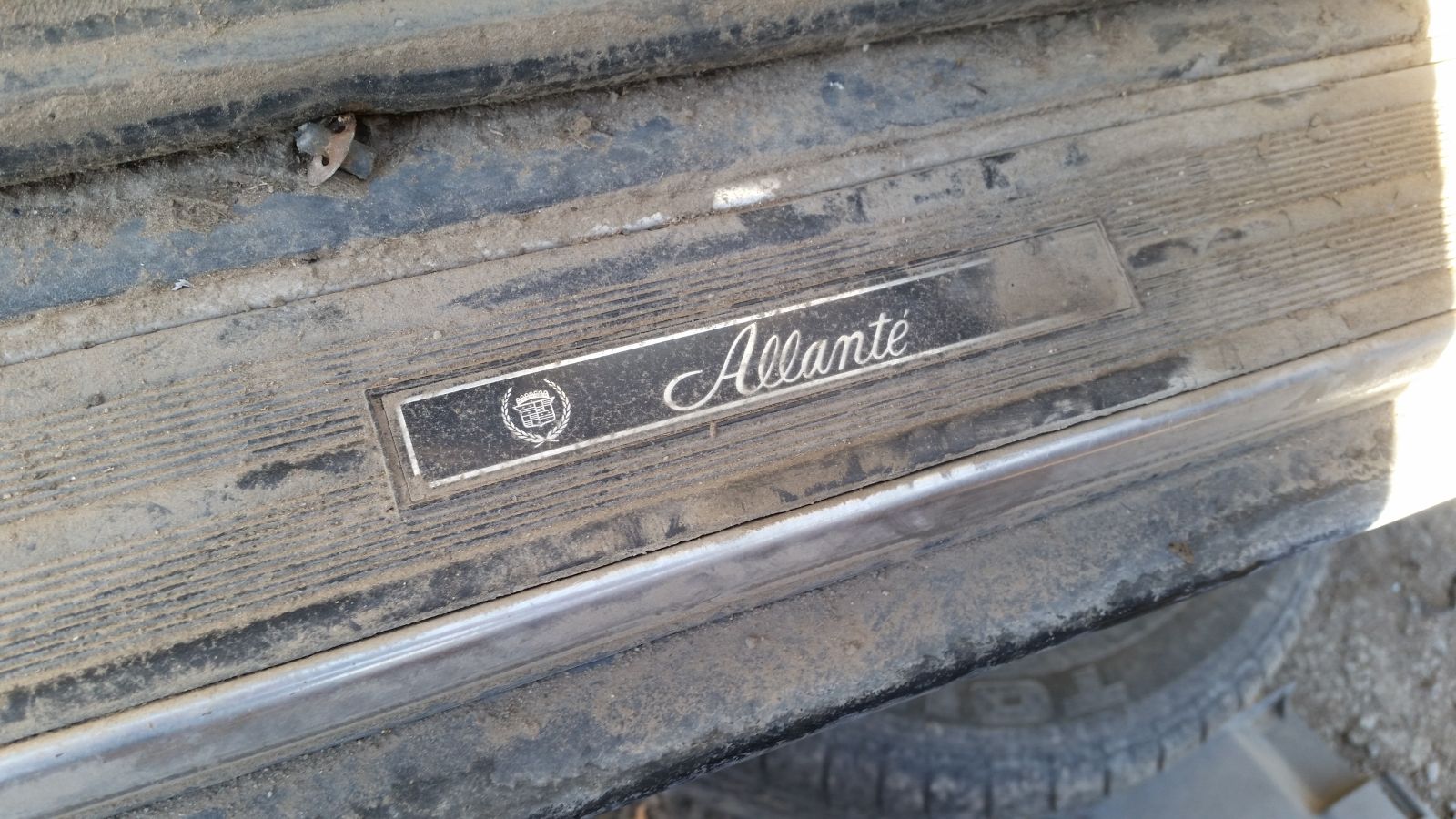 I have had the privilege of photographing a few Allantés in their final parking spaces (because I am always scouring online wrecking-yard inventories for Allantés, Troféos, and Reattas), including this black '88, this red '89, and this gold '90. 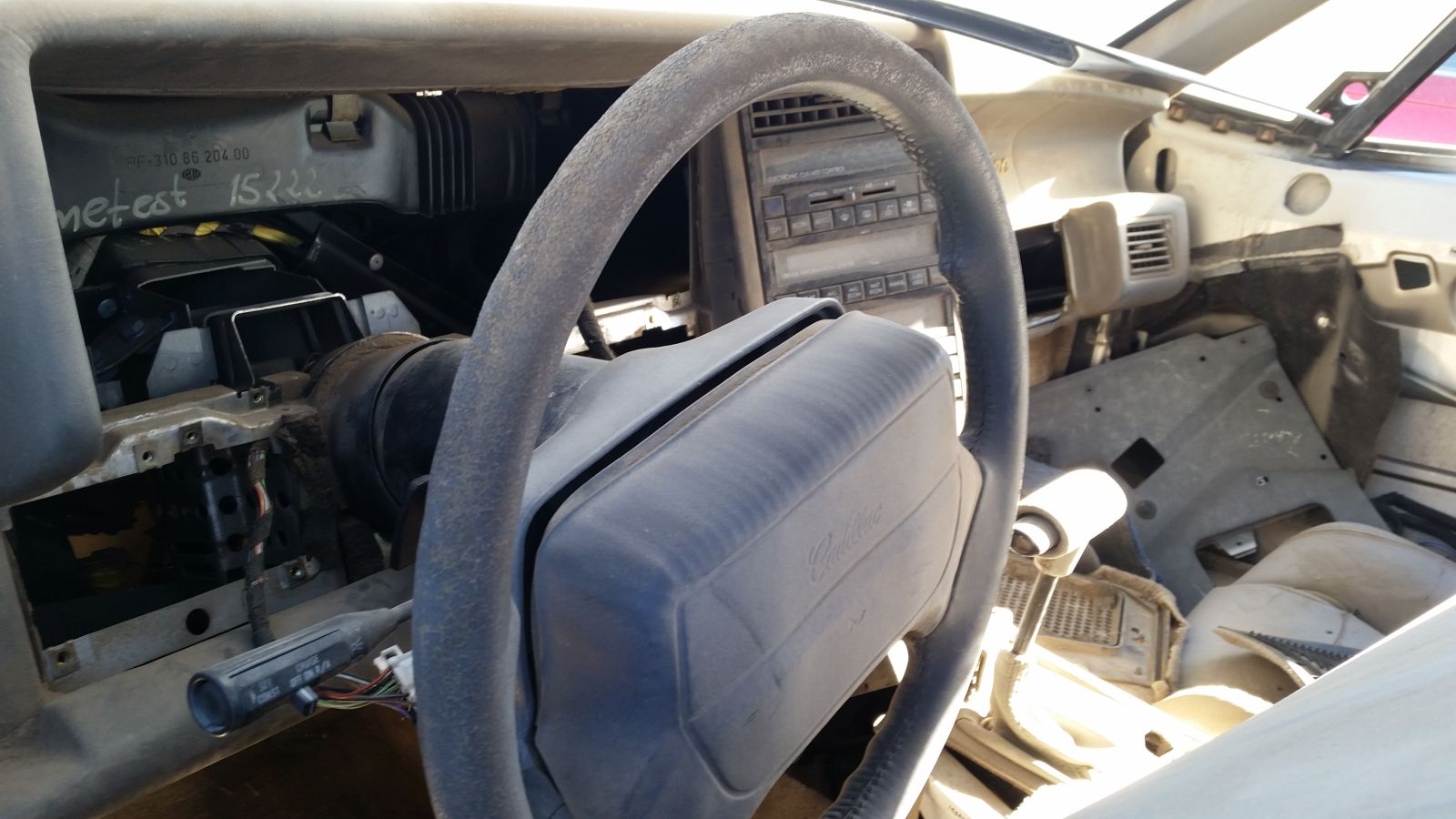 This one is completely used up, but it remains a poignant reminder of the hopes and dreams of Roger Smith's GM.


The only way to travel is Cadillac style!