General Motors became intensely aware of European competition for their personal luxury coupes during the 1980s, and the company built some interesting machinery in their efforts to compete with the likes of BMW, Mercedes-Benz, Audi, Saab, and Peugeot during this time. There was the Pininfarina-bodied Cadillac Allanté, the Buick Reatta sports car, and the Troféo version of the fourth-gen Oldsmobile Toronado. Of those three, the Troféo is the rarest today, so I was happy to find this one in a Northern California self-service wrecking yard. 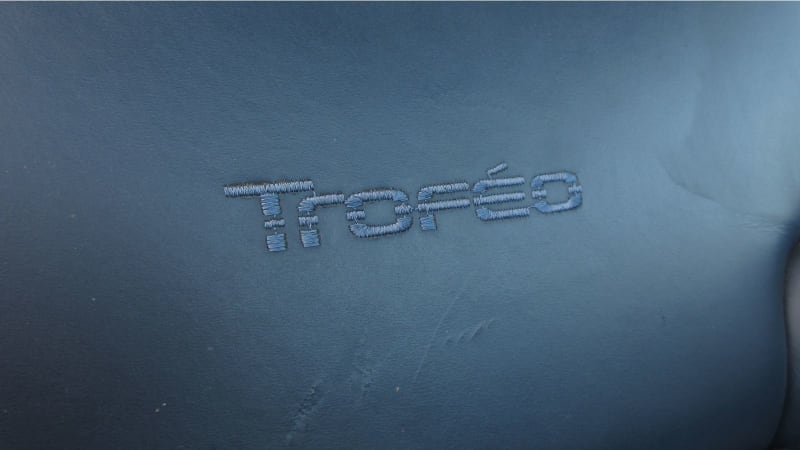 Troféo buyers not only got an accented model name (a fine Detroit tradition, which produced such greats as the Plymouth Volaré and the aforementioned Allanté) but leather seats with Troféo embroidery and cool-looking Troféo badging on the grille and C pillars. 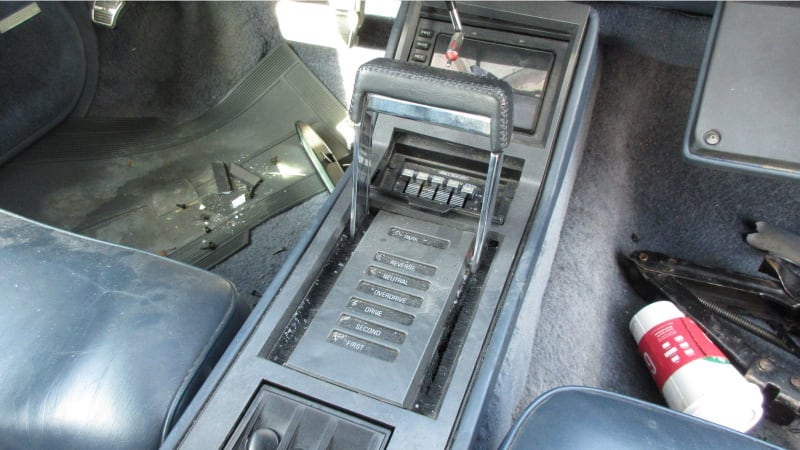 The horseshoe-style ratchet shifter was a big hit in hot-rod late-1960s/early-1970s Chevrolets, so it made sense for GM to bring it back (in four-speed automatic form) for 1980s Oldsmobiles. You couldn't get a manual transmission in the Troféo, sadly, so there are no factory-built Hurst-shifted five-speed versions. 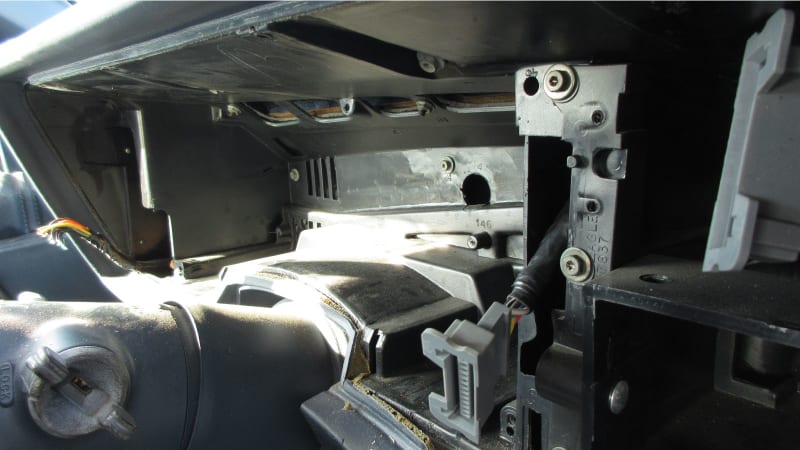 GM introduced a revolutionary touchscreen display as an option on Buick Rivieras, Buick Reattas, and Oldsmobile Toronado Troféos, and this car had one (which got snapped up by the first junkyard shopper to recognize it). That's right, GM had touchscreens in cars two decades before the rest of the industry caught up; unfortunately, they were a little too far ahead of their time. 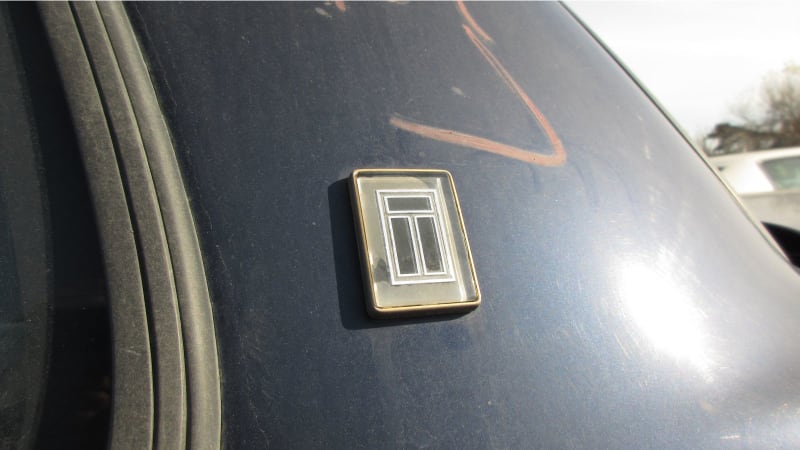 It was unlikely that the Troféo wooed away any 5-Series or E-Class buyers, mostly due to the lack of a manual transmission option and the presence of a durable-but-primitive pushrod V6 driving the front wheels. 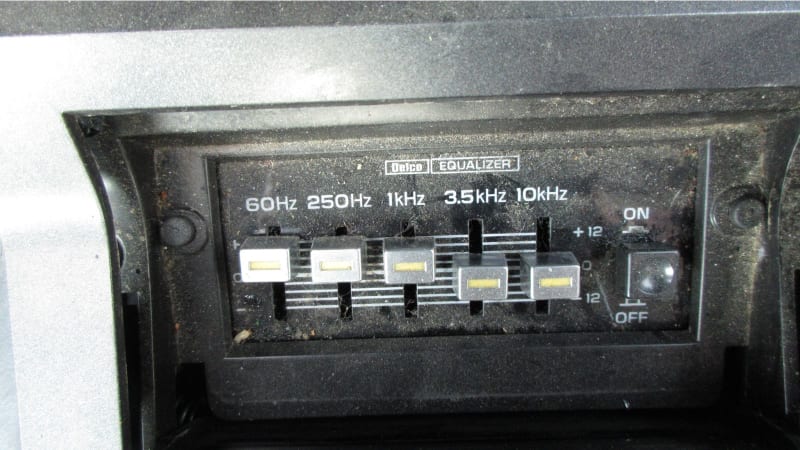 
This ad for the 1990 Troféo, featuring the children of Harry Belafonte singing "Tro-FAY-eee-ohhh-ohhh" in genuinely embarrassing manner, shows off the full-color version of the touchscreen Visual Information Center (the one in the '88 was an Apple ][-style monochrome green).