Sony built a car — a concept to show off company's sensors, infotainment

Occupants will be surrounded by sensors and sound

UPDATE: We visited Sony’s booth today to see if we could learn a few more things about its Vision-S Concept car. We’re glad we did, because Sony provided some specs on the show floor that weren’t detailed in its press conference last night.

To start, we have a couple key powertrain details. It has two electric motors, one in front and one in back, and they each make 268 horsepower. That rockets the EV to 62 mph in 4.8 seconds and to a top speed of 149 mph. We suspect it handles fairly well, too, as it has an independent double-wishbone suspension front and rear. On top of that, Sony used an air suspension system that can change the ride height up to 0.6 inch. It weighs 5,180 pounds (really heavy!) and has wide tires — 245-section-width in front and 275-section-width in back.

From a size perspective, it’s nearly as long as a Tesla Model S. The Sony is 192.7 inches and the Model S is 196 inches. Continuing with our Tesla comparison, it’s considerably bigger than the Model 3, which comes in at 185 inches. The Sony’s wheelbase is even slightly larger than the Model S, with the Vision-S coming in at 118.1 inches.

Despite providing all of these specs, Sony has no intention of carrying this car into production. It was an in-house Sony project from the start, and it can drive, but that’s as far as it will go.

The car industry has loads of electronics suppliers that create everything from screens to sensors. And it's a sector that's becoming bigger and more important in today's age of sophisticated driver assists and infotainment systems. One of those suppliers is Sony, and to show off what it can do with automotive components, it built itself its own concept car called the Vision-S.

The car itself is handsome if generic. It looks like a blend of the Porsche Taycan and the Lucid Air. And like those cars, it uses an electric powertrain, though Sony didn't disclose the specifications on that.

That's understandable, because the real showpieces of the Vision-S are the sensors and infotainment equipment. The car has a total of 33 sensors inside and out, including CMOS camera imaging, solid state lidar and radar. Sony also noted during the press conference that its CMOS sensors are already in use on several Lexus and Toyota models. These sensors relay information to a computer that processes it to locate objects and help guide the car on the road. 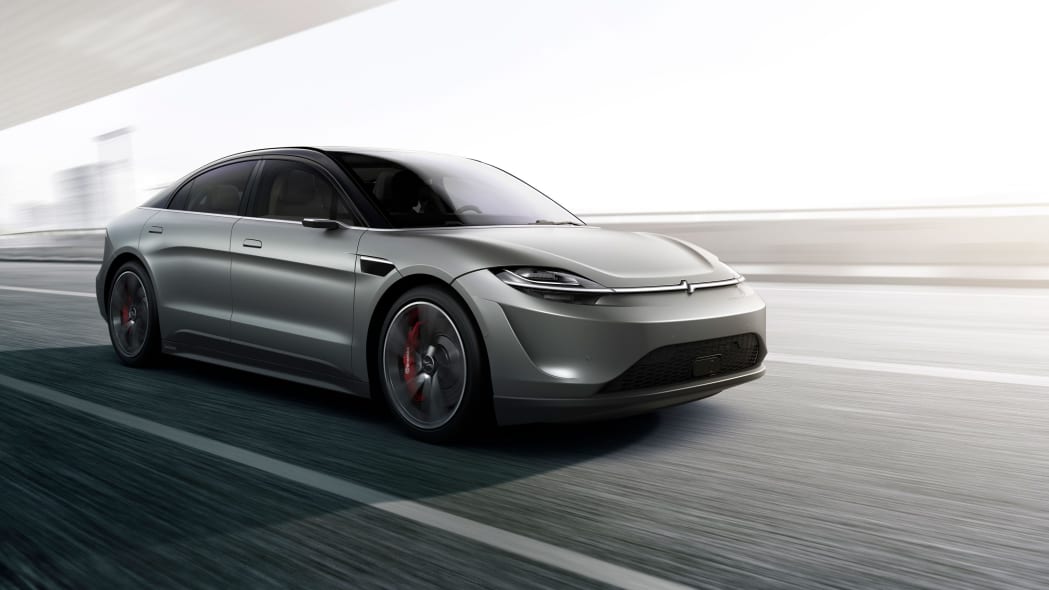 Inside, Sony uses a time-of-flight sensor, which is a kind of lidar, for monitoring occupants. The obvious use for this would be driver head tracking to ensure they're paying attention to the road. But Sony also notes it can be used to recognize occupants and provide customized infotainment settings.

On the topic of infotainment, the Vision-S has an enormous widescreen display across the dash, not unlike that of the Byton M-Byte and Honda E, that provides instrumentation and infotainment. Sony included a high-end sound system with speakers in every seating position to provide a surround sound experience for every passenger. One thing Sony didn't add was a PlayStation, which means you can't drive cars in Gran Turismo while you're in your potentially autonomous car.

While this concept car is intriguing because of the company that built it, don't expect to order up a car from Sony anytime soon. This is simply a showcase of what Sony could do for other automakers. So rather than a full Sony car, you may be able to get a Toyota or Ford with fancy Sony audio and high-tech driver assist sensors in the near future.