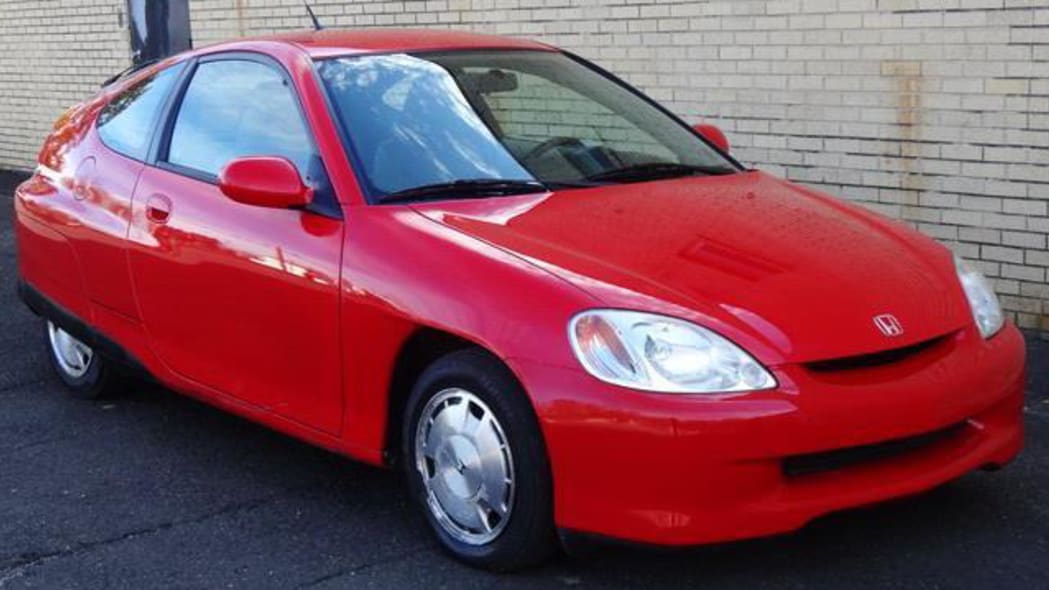 A simple fact when it comes to modern-day hybrids is that they don't come with manual transmissions. Usually they're coupled to a CVT, a dual-clutch transmission in the case of the Ioniq and Niro, or basically no transmission at all, with the motor directly powering the wheels and relying on the gas engine as a generator. That wasn't always the case, as shown by this 2006 Honda Insight we found on eBay.

The little two-seater two-door, the first hybrid on sale in the United States, was available with either a CVT or this car's five-speed manual. And of the two, this was the more efficient model delivering 48 mpg in the city and 58 on the highway. Its combined rating is 52 mpg, which is the same as a front-drive Toyota Prius (with the exception of the extra-efficient Eco trim). And you get to shift for yourself!

Granted, you may end up making the most of each gear, since you only had a combined 73 horsepower on hand. That's counterbalanced a bit by the fact that the car weighs less than 2,000 pounds. Much of the credit goes to the fact that the entire chassis and body is made of aluminum.

Its aluminum construction is also the reason this Insight, located in Pennsylvania, hasn't rusted through. But beyond that, it still appears to be in very good shape. Certainly better than the Junkyard Gem we featured a couple months ago. The entire underside and engine bay look straight and clean. The paint appears to be shiny without any peeling, though you'd want to double check with higher resolution photos or an in-person inspection. There's no damage to the wheel skirts, either. The wheels are a little rough. The interior looks spotless, though we are curious what happened to the glovebox, which seems to have been screwed into place. This Insight hasn't done too many miles, either, with the odometer showing just over 127,000.

Looking at the interior, we also realized the Insight seems somewhat inspired by the S2000. All the controls surround the driver, and the dash is very spare. The instrument cluster is all digital, and the fonts are the same thin, squared-off designs from the much hotter roadster.

Besides being cheap to operate, this Honda Insight is affordable to buy. The seller is asking $3,995 to buy it now, though offers are being accepted, too. 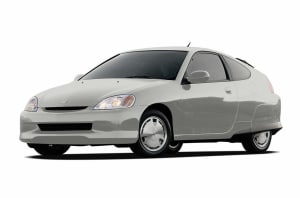