The GMC-badged version of the Chevy S-10 Blazer 4x4, and the last model year for the two-door-only Jimmy. The General sold the GMC-badged version of the first-generation Chevy S-10 Blazer, known as the S-15 Jimmy or just the Jimmy, from the 1982 through 1994 model years. These trucks were based on the small S-10 pickup and sold well (until small trucks were forced to get bigger and less truck-like after the dawn of the Ford Explorer-inspired commuter-truck era), but they have become difficult to find in vehicle graveyards in our current century. Here's a '90 Jimmy 4x4 with red-primer paint job, found in a self-service yard on California's Central Coast last month. 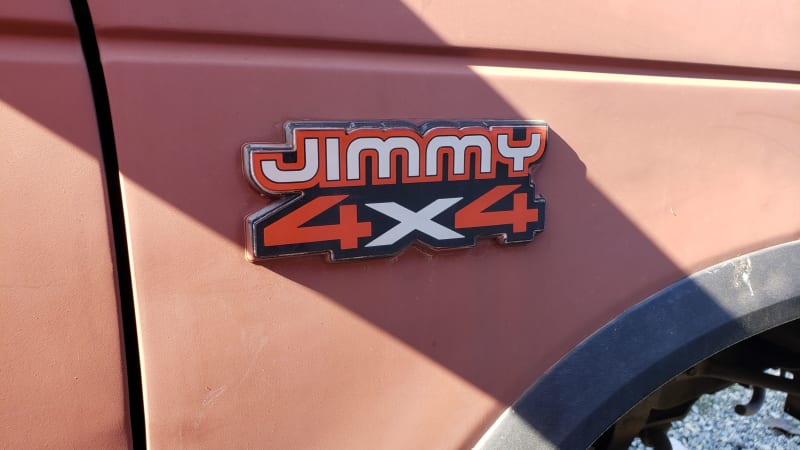 GMC shoppers could get the 1990 Jimmy as a rear-wheel-drive truck, but this one has the four-wheel-drive option that allowed Tahoe-bound skiers to skip the chain monkeys on the way to the slopes (the CHP, understanding that California drivers have a 95% mortality rate on snow or ice, requires chains or four-wheel-drive to get over Donner Pass when there's a hint of snow forecast). 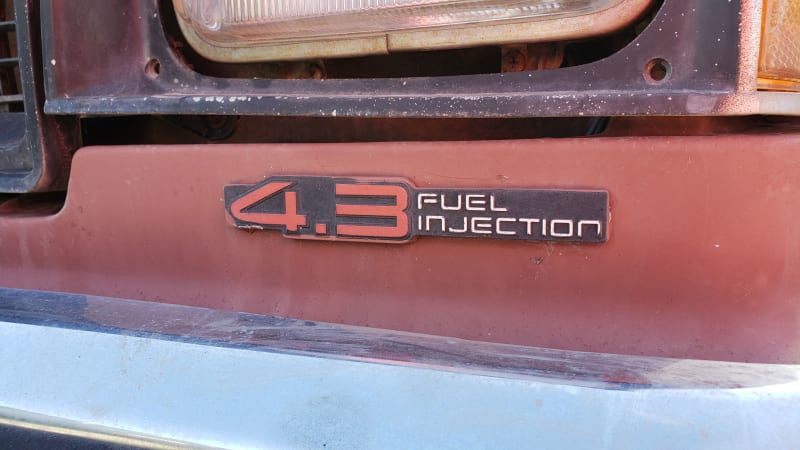 GM sold so many millions of small-block Chevrolet V8s that it made economic sense to use the same tooling to produce a V6 version. The result was this truck's 4.3-liter V6 that was three-quarters of the good old Chevy 350 (5.7-liter) V8 that powered so many Camaros, Chevelles and Impalas. The 4.3 didn't make smooth power, but it got the job done and held together quite well. This one was rated at 160 horsepower, good enough for the Jimmy 4x4's 3,512-pound curb weight. 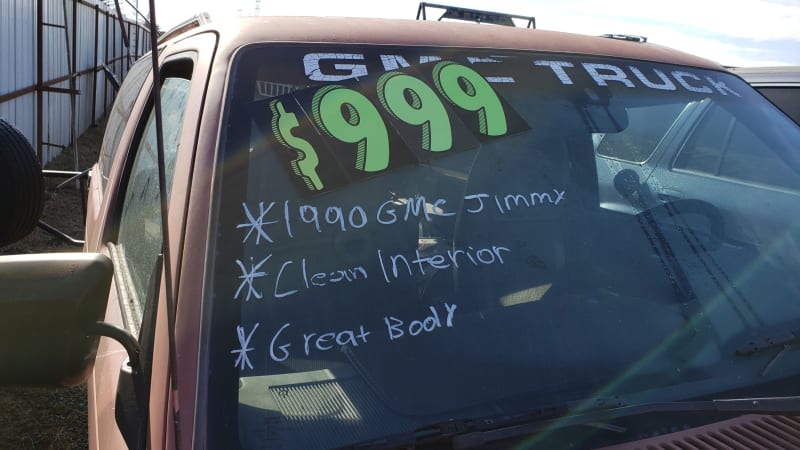 These days, though, used-truck shoppers insist on at least two tons of heft plus four doors. Some discount lot in Monterey or Salinas couldn't even get $999 for this truck, and so it ended up in the final stop before the cold steel jaws of the crusher. 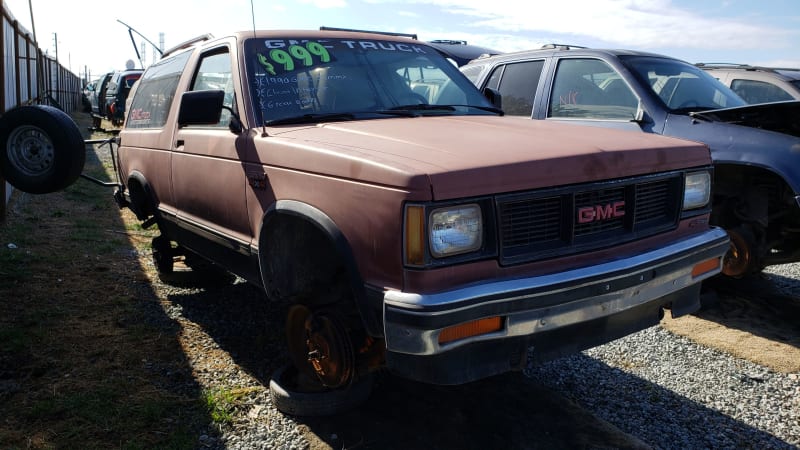 1990 was the last model year for the two-door-only Jimmy; for 1991, the Jimmy came with a choice of two doors (for devil-may-care types) or four doors (for drop-the-kids-at-school types). 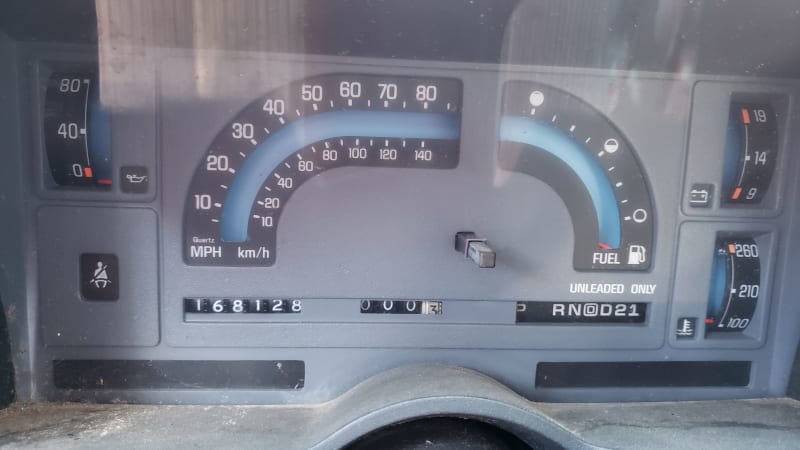 I've always liked the look of the instrument panels on the early S-10s and its siblings; even though the designers had to work within strict budgetary limitations, they made the panels look interesting. This truck nearly made it to 170,000 miles before the end.

So powerful with the 4.3 (the regular S-15 pickup still came with a 2.8-liter V6 as base equipment) that it could destroy a TV camera. 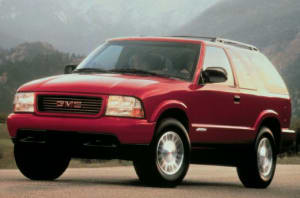