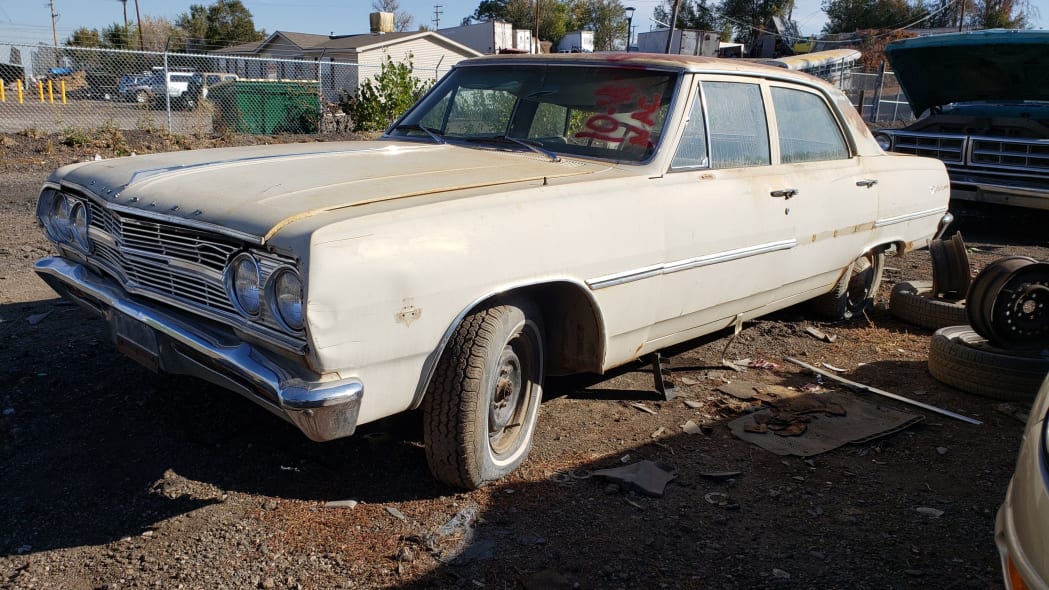 Before we go any further with today's Junkyard Gem, I want to make it very clear that this Chevy is not the same car as J. Frank Parnell's alien-corpse-hauling Malibu sedan driven in the greatest film ever made, "Repo Man." That car was a 1964 Chevelle Malibu, which differed from this 1965 Chevelle Malibu in many small but important ways (beyond just the fact that the "Repo Man" Malibu was an economical six-cylinder/three-on-the-tree car, while our Junkyard Gem Malibu is a luxurious V8/automatic machine). As someone sufficiently obsessed with the cars of that movie that I interviewed the writer/director, Alex Cox, about his vehicular selections, I want these things made clear. 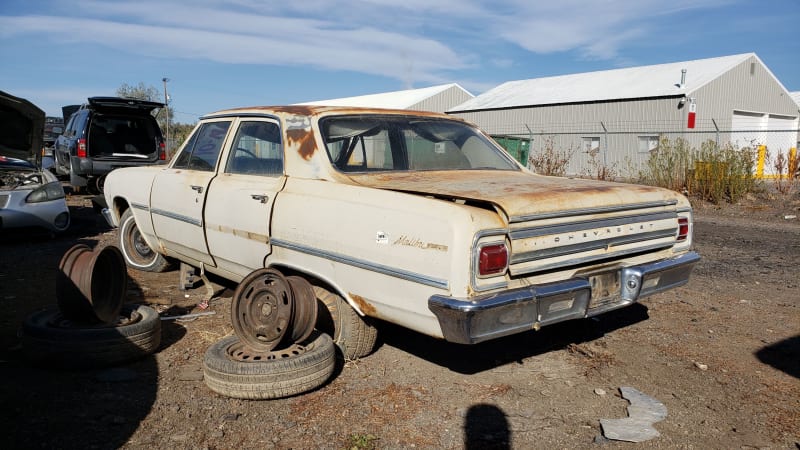 All righty, then! What we've got here is a relatively rust-free Chevelle Malibu post sedan, GM A-body sibling to the Buick Skylark, Oldsmobile Cutlass, and Pontiac Tempest (not to mention the Pontiac GTO, Oldsmobile 4-4-2, and Buick GS). Bigger than the Nova and smaller than the Impala, these mid-1960s A-bodies sold in enormous quantities— millions— and were everyday sights on North American roads well into the 1980s. While you can expect to pay real money for a solid 1964-1967 A-body coupe or convertible, especially a factory V8 car and most especially a Chevelle with big-block engine, the bread-and-butter post sedans just aren't worth the investment of a serious restoration. That's the reason nobody rescued this car before it ended up among a bunch of discarded Hyundai Accents and Chrysler Concordes. 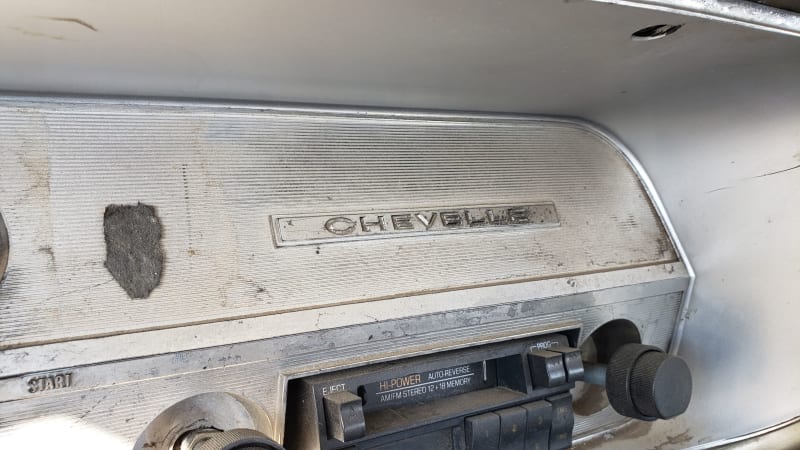 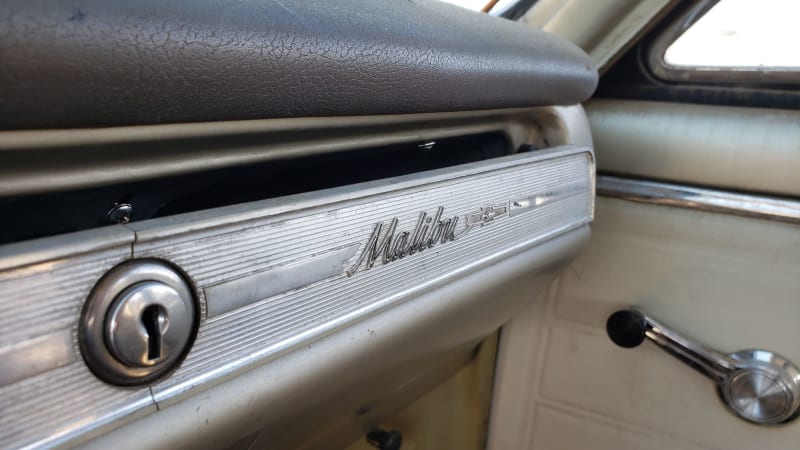 That said, everyone called these cars Malibus from the very beginning. 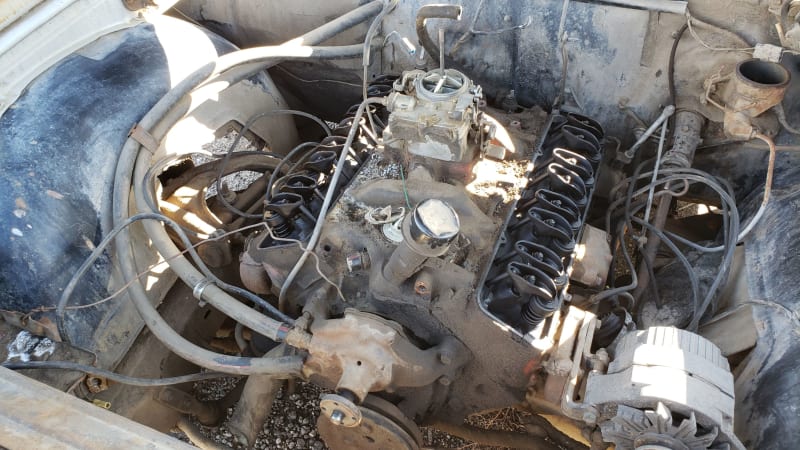 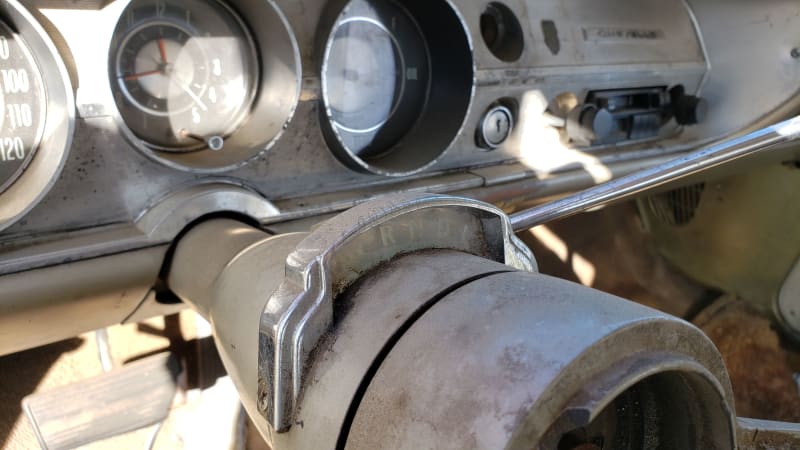 The slushboxification of the American road was well under way by 1965, and so it's not surprising that this car has an automatic transmission instead of the base three-on-the-tree column-shift manual. While a three-speed Turbo Hydra-Matic automatic could be ordered for the full-sized 1965 Chevrolets, the only two-pedal option for the Chevelle that year was the good old two-speed Powerglide. I've owned a few Powerglide cars (and named a homemade beer after the transmission), and the combination of steep first gear and long wait for the lone shift gets old after a while; the good news was that the Powerglide was essentially unkillable. 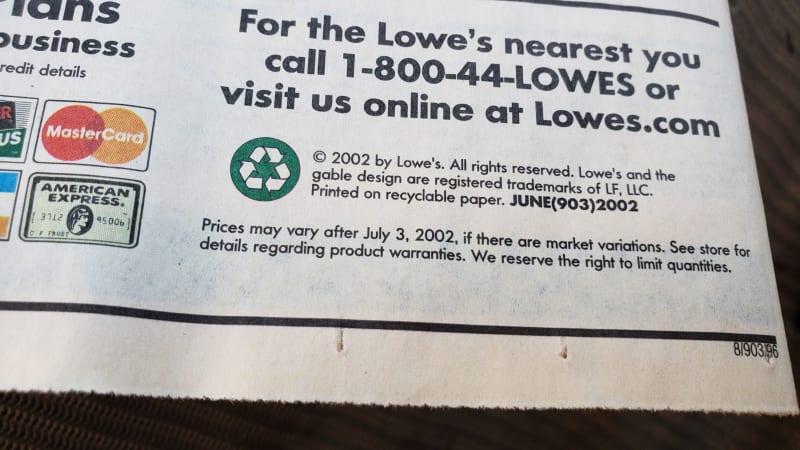 Old newspapers in the car suggest that it was parked in 2002 and never moved under its own power again. The concentric rust rings on the dented roof, from 17 years of rainwater pooling and evaporating, back up that theory. 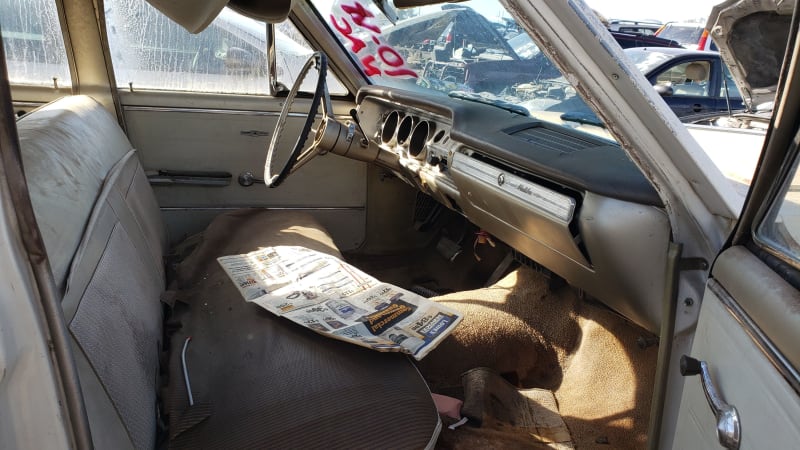 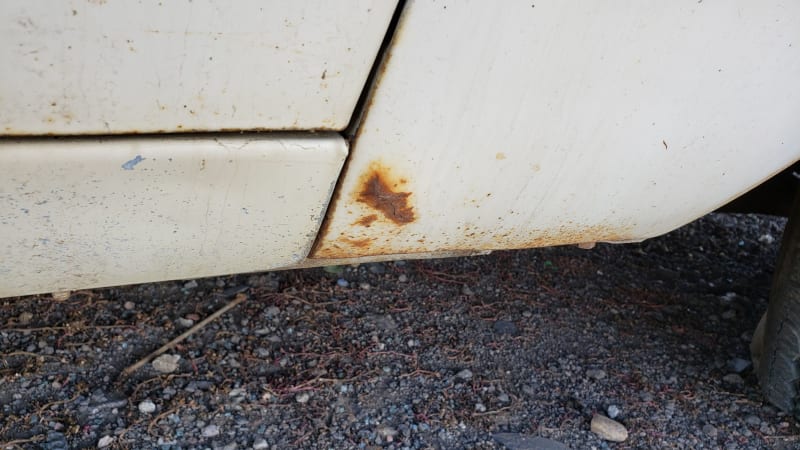 There's a bit of rust in the usual places, caused by rainwater and snowmelt getting past dried-up weatherstripping and collecting in low spots. Denver is single-digit-humidity dry and road-salt use is minimal, so cars rust slowly if they rust at all. 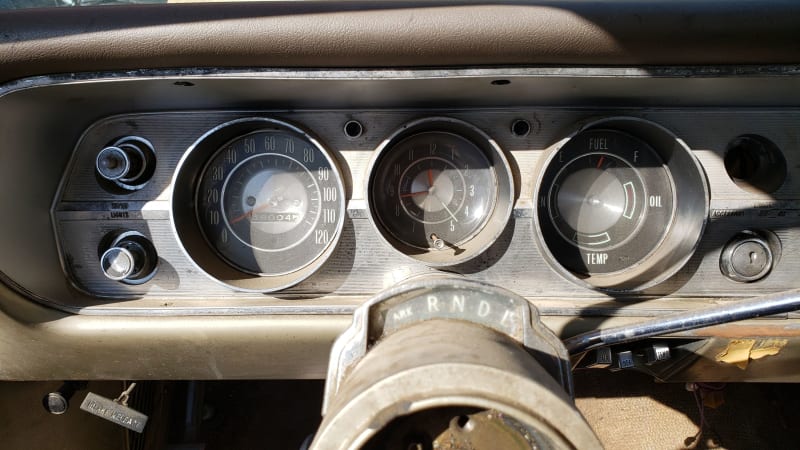 This car came off the assembly line as a nicely optioned daily driver and served its owners well for at least a couple of decades. The list price of a 283-powered '65 Chevelle Malibu sedan started at $3,080, about $25,400 in 2019 dollars. That's about what you'd pay for a 2020 Malibu now, though the current version comes stuffed with power everything plus air-conditioning plus more horsepower at the wheels (160 modern net horses is more actual power than 195 optimistic gross 1965 horses). 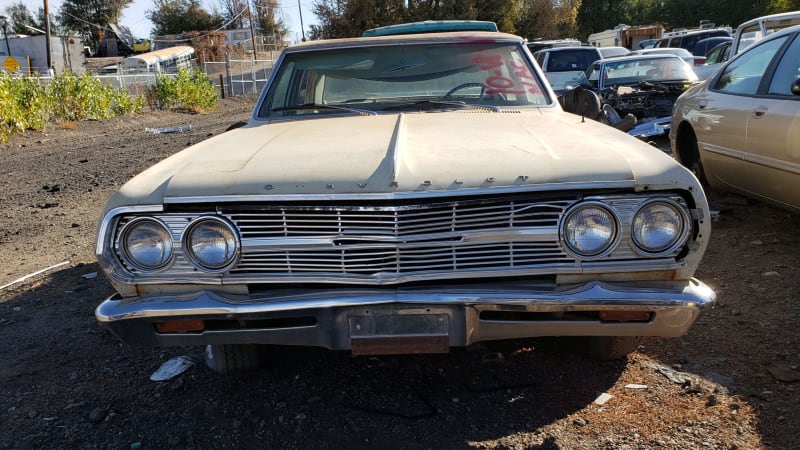 Still, the '65 sure looks better than any Malibu built after the 1967 model year. It's sad to see this one getting ready to be parted out and then crushed, but it's not too late for you to rescue some other forgotten Detroit sedan!