During the 1970s and 1980s, the Mercedes-Benz brand became a prized status symbol among well-heeled American car buyers, who bought imposing Stuttgart sedans (and the occasional sporty coupe) in ever-increasing numbers. The bigger and more gadget-packed the Benz, the better, as far as most of those shoppers went, but that didn't stop Mercedes-Benz from introducing a compact luxury sedan over here: the W201, predecessor to the C-Class. From the 1984 through 1993 model years, North Americans could get various flavors of the 190; not many did, so sightings of these things are rare when I roam car graveyards these days. Here's a rare 190E 2.6, discovered in a Denver-area junkyard a few weeks ago. 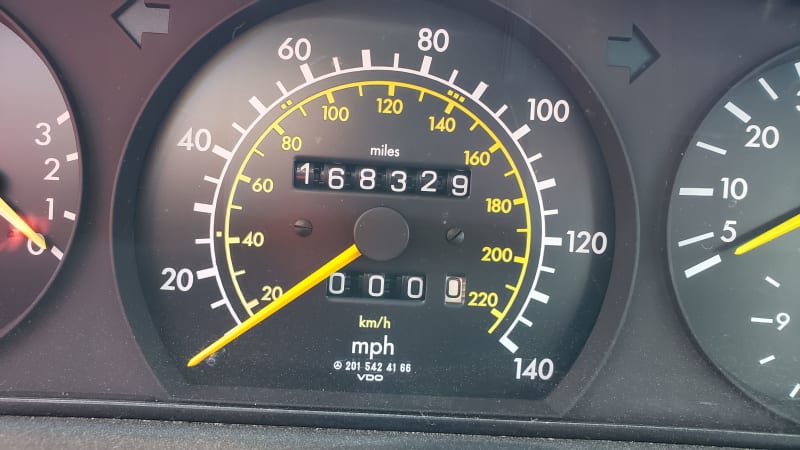 These cars were very well-built machines and their owners tended to take good care of them, so most of the discarded examples I find will show final odometer readings well above 200,000 miles (or, in the case of one 1987 190E I spotted in California, above 600,000 miles). This one barely made it to 150k, so I think it was a driven-to-church-on-Sunday sort of car. It's also possible that something expensive broke 15 years ago and it reposed in a garage, waiting for repairs that never came. 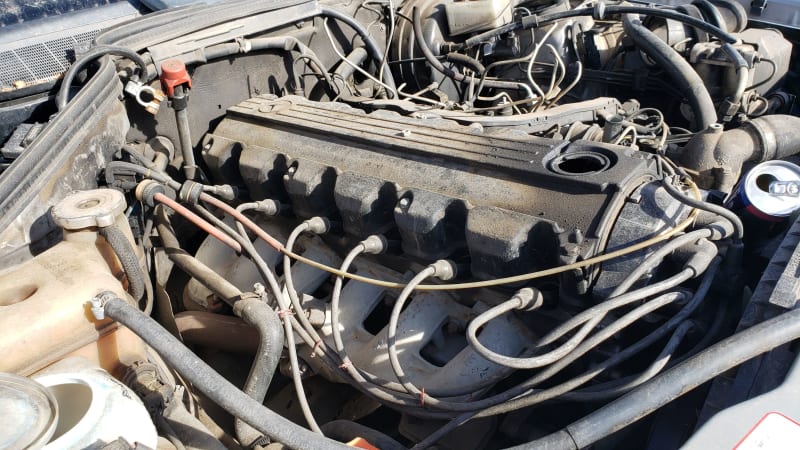 For 1990, the four-cylinder gasoline and diesel engines were gone, with the 158-horsepower, 2.6-liter straight-six the only 190E engine available in North America. The crazed 2.3-16 Cosworth four-cylinder engine option, which turned the W201 into a true BMW E30 rival, disappeared after 1987. A five-speed manual transmission could be had on the 1990 190E, but the original buyer of this one opted for the four-speed automatic. 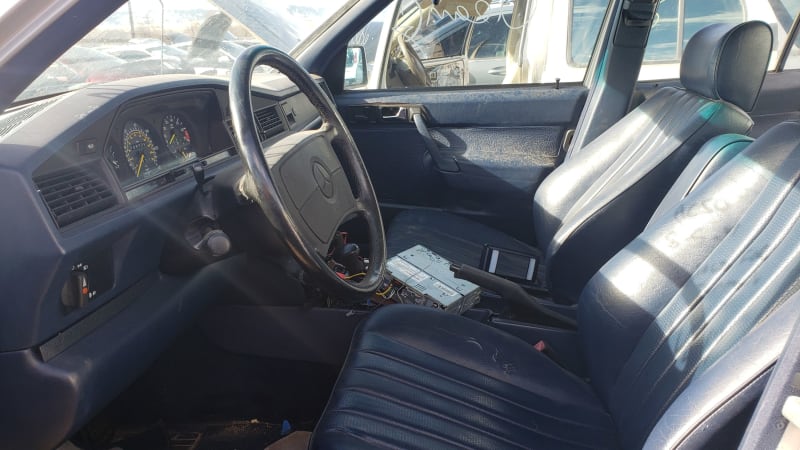 The interior looks very nice for a car exposed to Colorado sun, and perhaps some lucky Denver-area W201 owner will snap up some of these clean components for a still-alive project car. 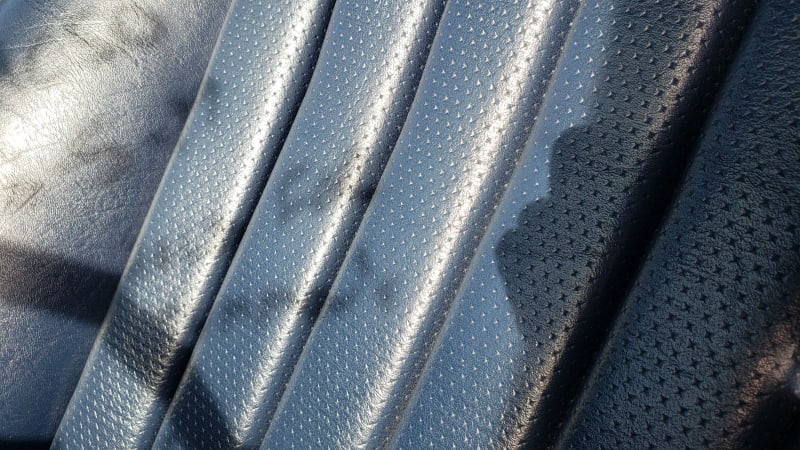 Of course, nothing short of a combined blowtorch-and-machete attack could do much harm to the legendary MB-Tex artificial leather used in this car. Why don't they make spacesuits out of MB-Tex? 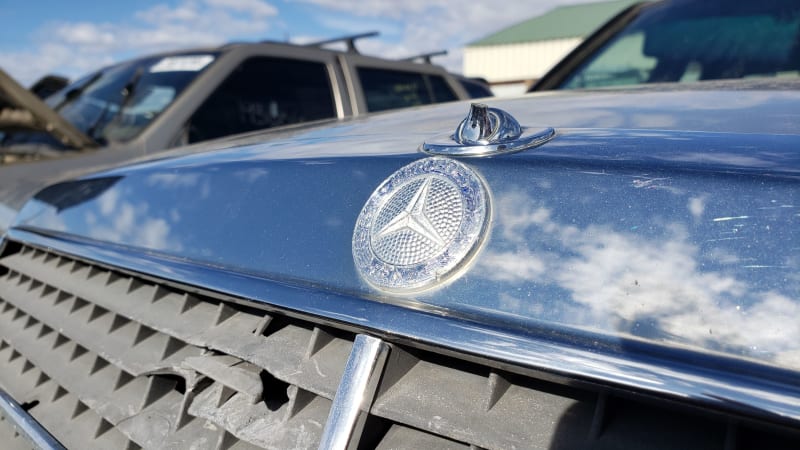 While not many 190Es rolled out of the showrooms on these shores, they laid the groundwork for the sales success of the C-Classes that followed in subsequent decades.

You can fly economy class to that big business meeting ... or you can drive the 190E. Your choice.