Toyota floods SEMA with a slew of Supra concepts

The Supra heroes are joined by the Avalon TRD Pro Concept 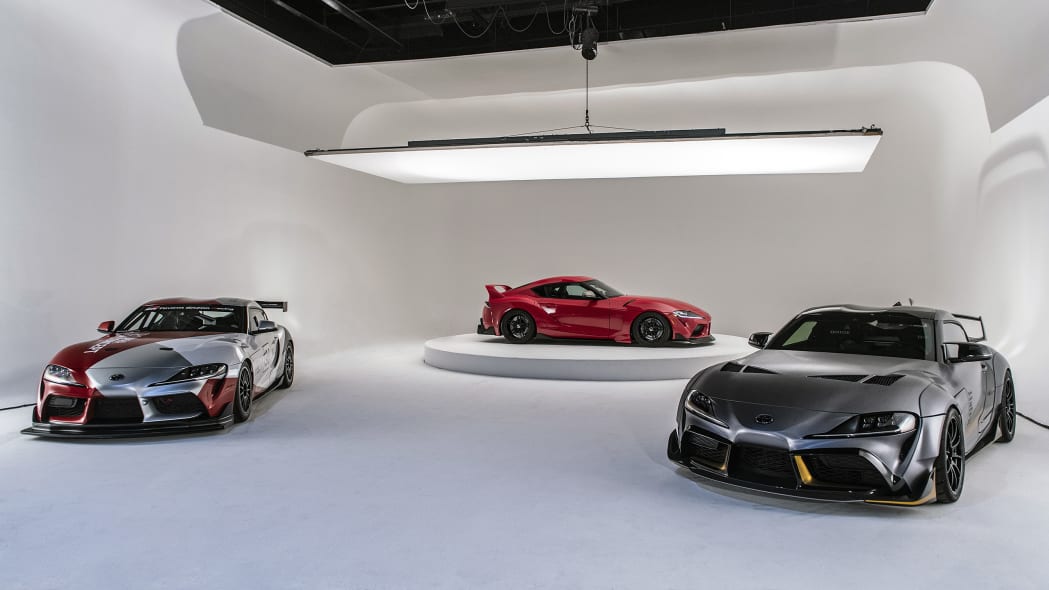 You can be sure that the halls of the Las Vegas Convention Center will be full of Toyota Supra models past and present as the wave of 2019 SEMA Show attendees descends upon Sin City. A good portion of those will be factory-backed concepts and racers, including the five Supras you see in these high-res live images (plus one heavily customized Avalon TRD for good measure).

This isn't a full preview of all that Toyota has in store for SEMA. The Heritage Edition you'll see and read about just below is one half of a pair of dueling Supra builds that will be presented by Toyota marketing chief Ed Laukes and well-known enthusiast Rutledge Wood, with a winner to be decided in some unannounced manner. The Heritage is Laukes' build; Wood's so-called Ego Boost Edition has yet to be seen. Other Supras on display include Gazoo Racing’s Supra Racing Concept from 2018, a NASCAR Xfinity Supra and a NASCAR pace car sporting various performance upgrades and an LED light bar.

We'll kick things off with the bright red GR Supra Heritage Edition, which Toyota says was designed "to appear like an evolution of the fourth-generation Supra without losing the modern lines of the exciting new chassis." In addition to the body kit, it's been blessed with a slew of aftermarket bits and pieces bolted to a stock engine block and tuned to produce more than 500 horsepower. 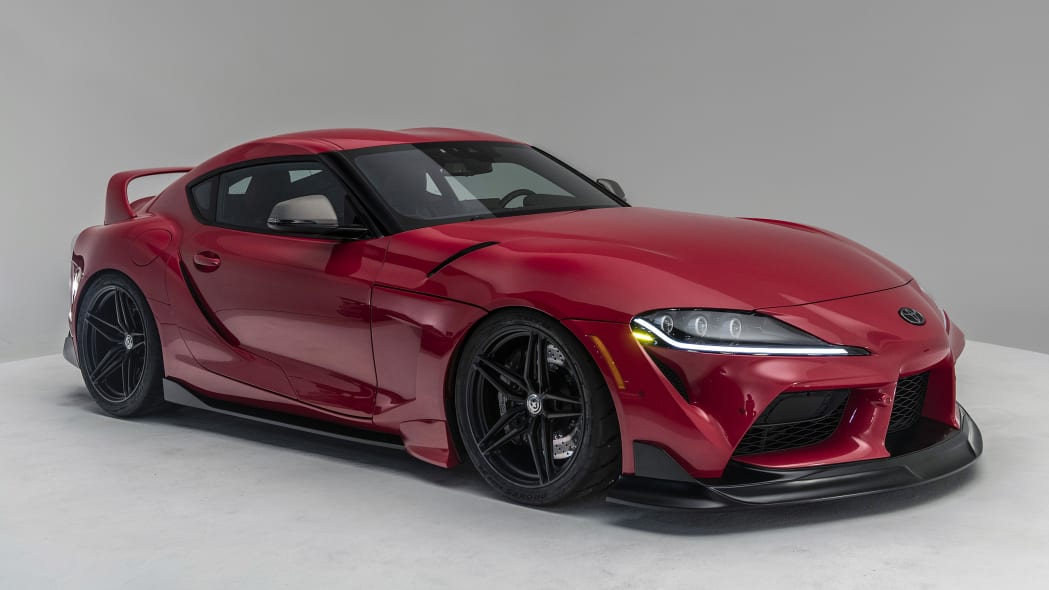 The GR Supra Performance Line Concept was designed by Toyota Customizing & Development. Its purpose is to show off a bunch of carbon fiber pieces that Toyota says improve its aerodynamics. Note the inserts that are affixed over the top of the vents just in front of the rear haunches. It's not a stretch to think some of these elements will be offered through Toyota's aftermarket parts division, and we think the subtle look would prove popular with customers. 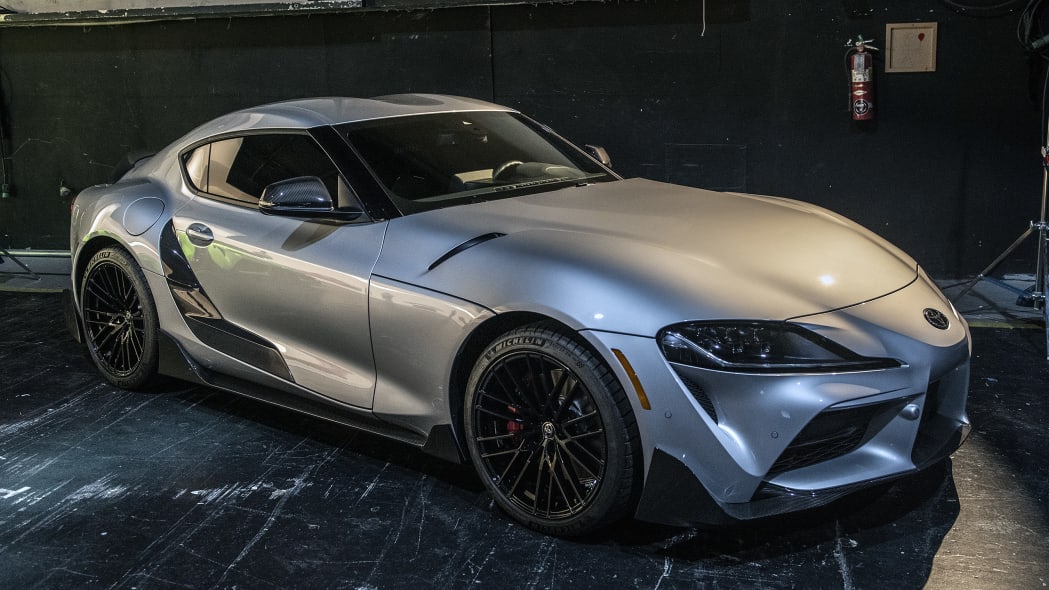 Next up is the GR Supra 3000GT Concept that Toyota teased a few weeks back. It's a tribute to the MkIV A80 Supra 3000GT from 1994, which was actually a catalog of exterior parts to go along with suspension and powertrain upgrades. Again, we wouldn't be surprised to see a series of production aftermarket parts based on what we see fitted to this concept. 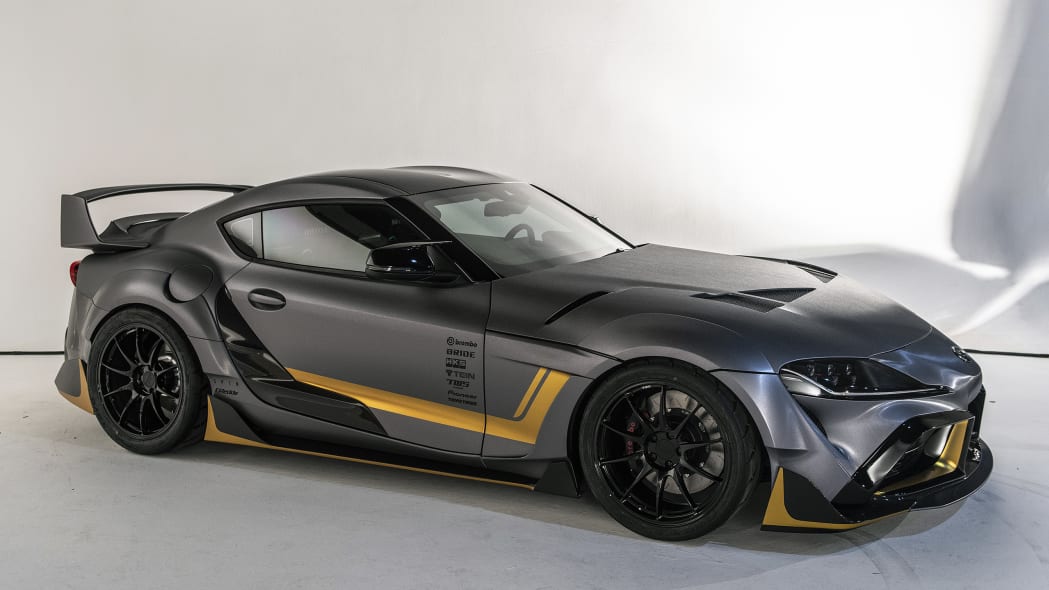 The bright green GR Supra Wasabi Concept was designed by the Toyota Genuine Accessory Team. Unlike some of the hardcore concepts it shares floor space with, the Wasabi is supposed to appeal to a wider demographic of customers, which makes us wonder why they chose to paint it in a shade that seems likely to divide opinions. Anyway, it boasts a powerful Brembo brake package, suspension upgrades sourced from Öhlins and forged aluminum wheels direct from the Toyota catalog. 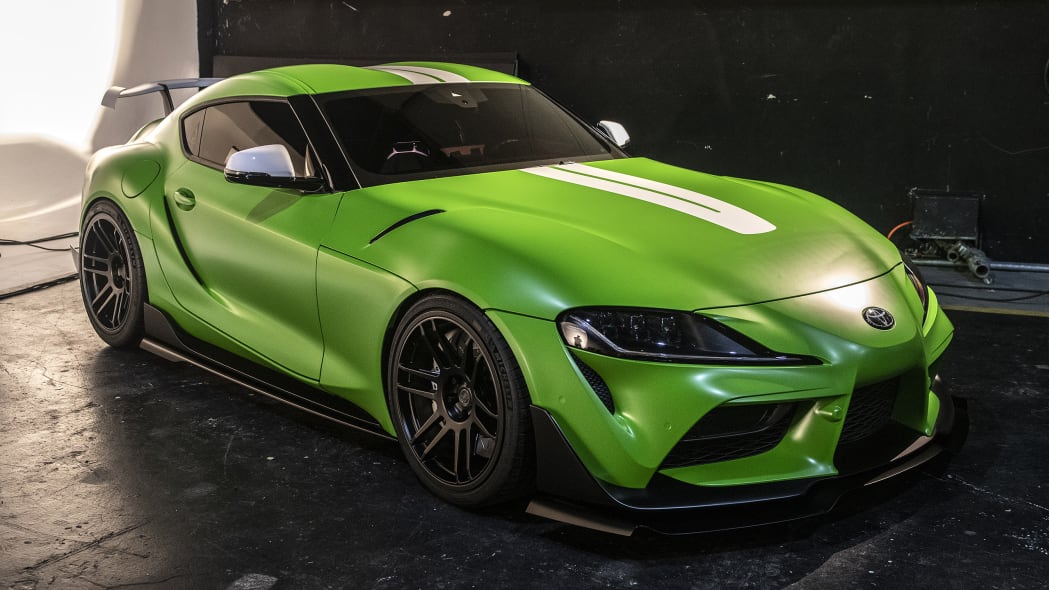 The final Supra you see in this gallery is the GT4 that debuted at the Geneva Motor Show back in March. It's already raced at the 24 Hours of Nürburgring, but we didn't know until last week that it's producing 429 horsepower in competition trim. Racers looking for a turn-key car straight from the factory will get the chance to place their orders starting in March of 2020. 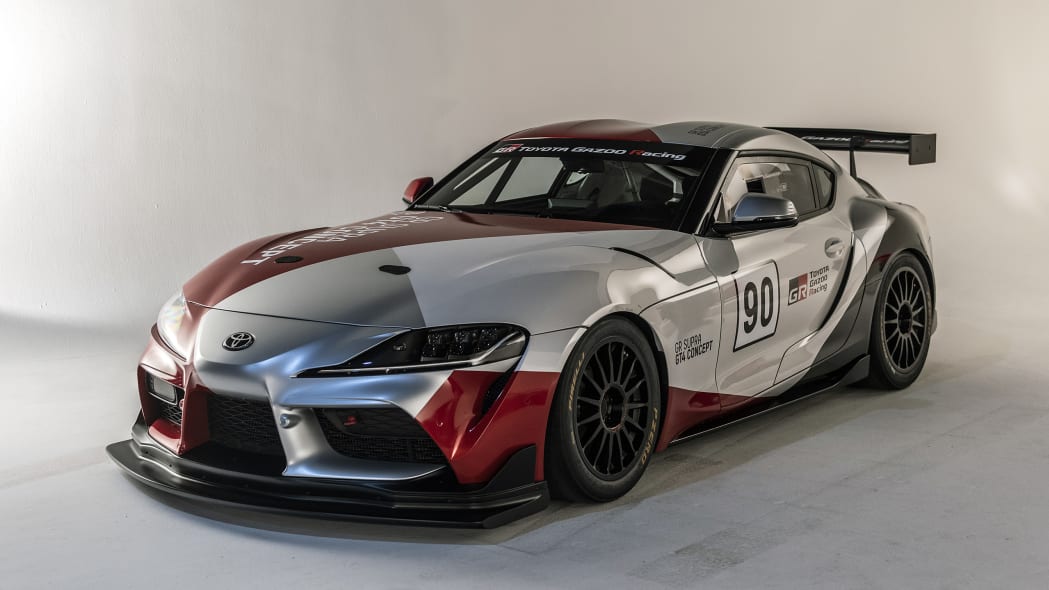 But wait, there's more! Toyota also saw fit to trot out the Avalon TRD Pro Concept for fans who are interested in four-door practicality to go along with their aftermarket accessory packages. Created by DG-Spec, this Avalon TRD is equipped with a cold air intake and 3-inch exhaust, a fully adjustable suspension setup and a Stoptech brake package. The team added a vented hood and a duckbill spoiler good for 100 pounds of downforce at 100 miles per hour. The Avalon TRD Pro Concept reportedly managed a 1:25.3 lap of the Streets of Willow race track, proving it's more than just a show car. 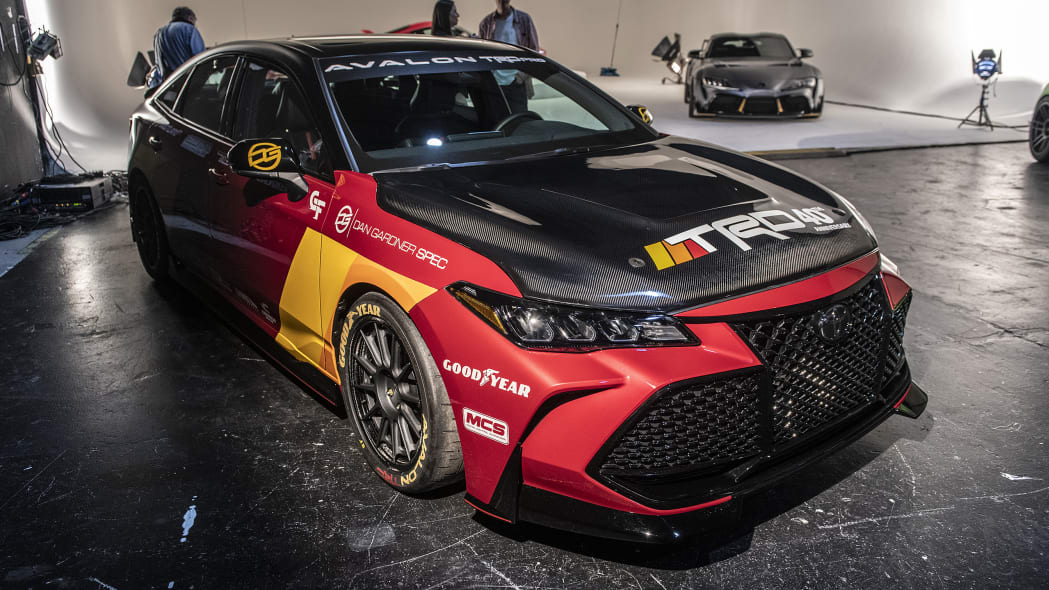