It goes on sale next year 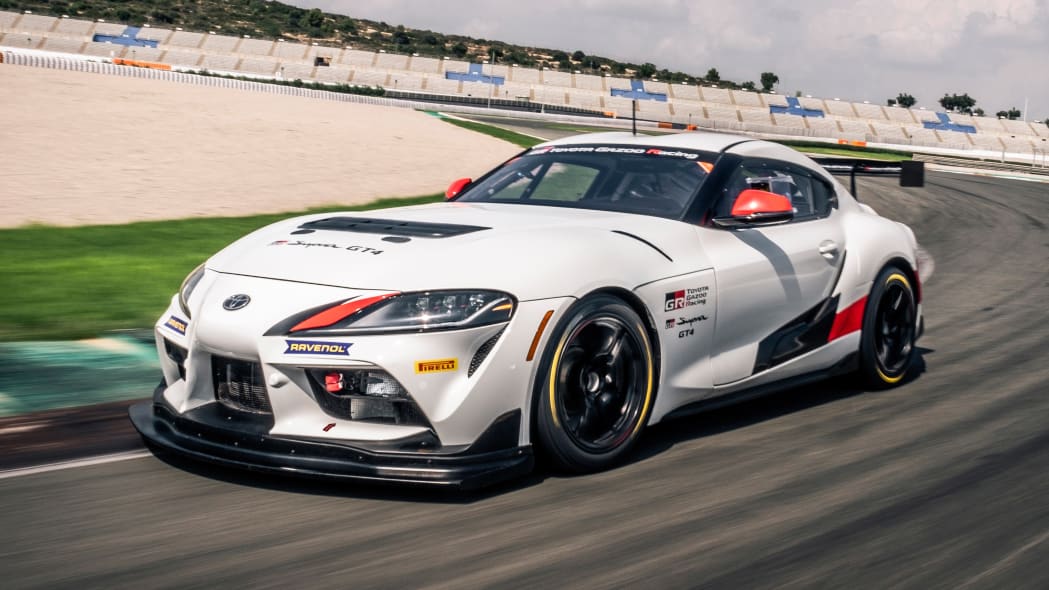 The 2020 Toyota Supra GT4 race car was introduced earlier this year at the Geneva Motor Show, and saw its first race at the 24 Hours of Nürburgring. But only now has Toyota provided key mechanical details about the car. And the big news is that the Supra's turbocharged straight-six makes 429 horsepower.

That's an improvement of nearly 100 horsepower over the road-going car. The engine is backed by a race-ready seven-speed automatic transmission, rather than the road car's eight-speed. Power goes solely to the rear wheels through a mechanical limited-slip differential.

Being a race car, the Supra GT4 has been gutted of production car comfort and styling features. That means it weighs just 2,976 pounds, roughly 400 pounds less than the road car. Brakes are upgraded with six-piston calipers up front and four-piston units in the rear. The suspension design follows the road car with MacPherson struts at the front and multi-link independent rear suspension. Each end is fitted with KW racing shocks.

The Toyota Supra GT4 goes on sale next year. It will be available to order first in Europe in March, followed by North America in August and Asia in October. Pricing is set at 175,000 Euros, which is about $194,000 at current exchange rates.