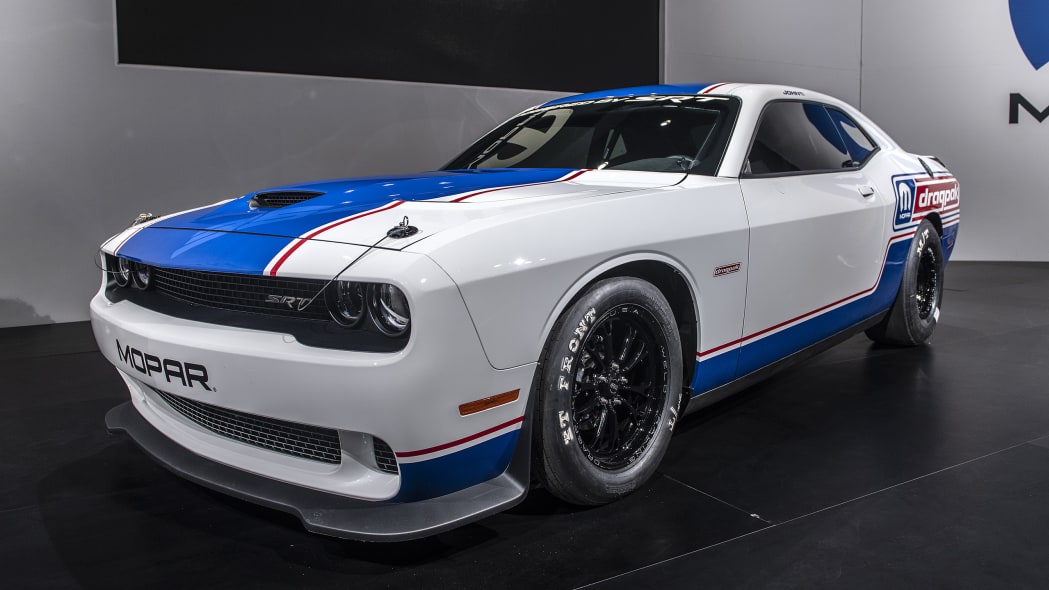 The Dodge Challenger Drag Pak has returned for 2020, five years after the last one arrived, and two years after it began development. And while in many ways it looks like past Drag Paks, there are a number of tweaks that should make this the fastest and most capable factory drag car yet from Mopar.

Unlike the last model, only a supercharged 354-cubic-inch (5.8-liter for the imperically challenged) V8 is available. Mopar says it's more powerful than its predecessor, though exact horsepower wasn't given. It did confirm that the previous car was capable of a stunning 1,200 horsepower. The engine is coupled solely to a three-speed automatic transmission with a manual shifter.

Supporting the massive engine are many chassis, suspension and driveline enhancements. The independent rear suspension and axles are gone in favor of a solid axle from Strange and a four-link suspension. The front remains stock except for double-adjustable Bilstein shocks. The engine is mounted to a subframe member that's beneficial both to weight distribution and center of gravity. The car gets high-performance brakes and custom Weld Racing wheels with "DRAGPAK" engraved on them. The interior features a welded-in roll cage certified for quarter-mile times as quick as 7.5 seconds. Helping keep the car planted without increasing drag too much are front and rear spoilers from the road-going Challenger, a new addition compared with the previous car. Every Drag Pak car also comes standard with a wheelie bar and parachute.

Dodge will only build 50 of these cars, and they'll only be offered as race cars that aren't legal for the street. The cars will be eligible for competing in sportsman classes in NHRA and NMCA drag racing series. Pricing and availability hasn't been set yet, but will be revealed sometime next year.