Can’t afford to race IRL? There’s an esport racing series for you

With traditional sports — basketball, football, soccer — things like good genes, some luck, and an incredible amount of practice, might turn the dream of a career as a paid athlete into a reality. With motorsports, not so much. Sweat equity gives way to actual equity necessary to climb to the top level of racing. Parts, fuel, track time, travel, and other costs quickly add up. With an inherent barrier to entry, driving as a profession has traditionally been for the elite. Racing video games and esports are changing that.

Racing has played an integral role in video games from its earliest days — Atari dropped Pong in 1972 and followed it up with Space Race in 1973. Although it was more Frogger than Forza (or Crossy Road for you Gen Zers), Atari’s Gran Trak 10 released in 1974 was a legit driving game, complete with steering wheel, gas and brake pedals and shift knob. Fast forward to today and automakers like Ford and McLaren have esports programs, F1 is offering a $500K esports prize pool, and Gran Turismo is minting FIA champions.

Competitive gaming can trace its routes to 1972 when a Rolling Stone editor named Stewart Brand held what was the first video game tournament in conjunction with Stanford’s Artificial Intelligence Lab. Playing Spacewar on the students’ PDP-10 mainframe computer, then fledgling staff photographer Annie Leibovitz captured the historic event that ended in a five player, simultaneous free-for-all. The prize? A one-year subscription to Rolling Stone.

In 1971, a year before the historic gaming competition at Stanford, students at the same university built a modified version of Spacewar to accept coins, creating Galaxy Game, one of the first coin-operated video games. With the success of other coin-op titles such as Pong and Space Invaders, the ‘70s would usher in a golden age of video game arcades with competitions based on hi-scores. 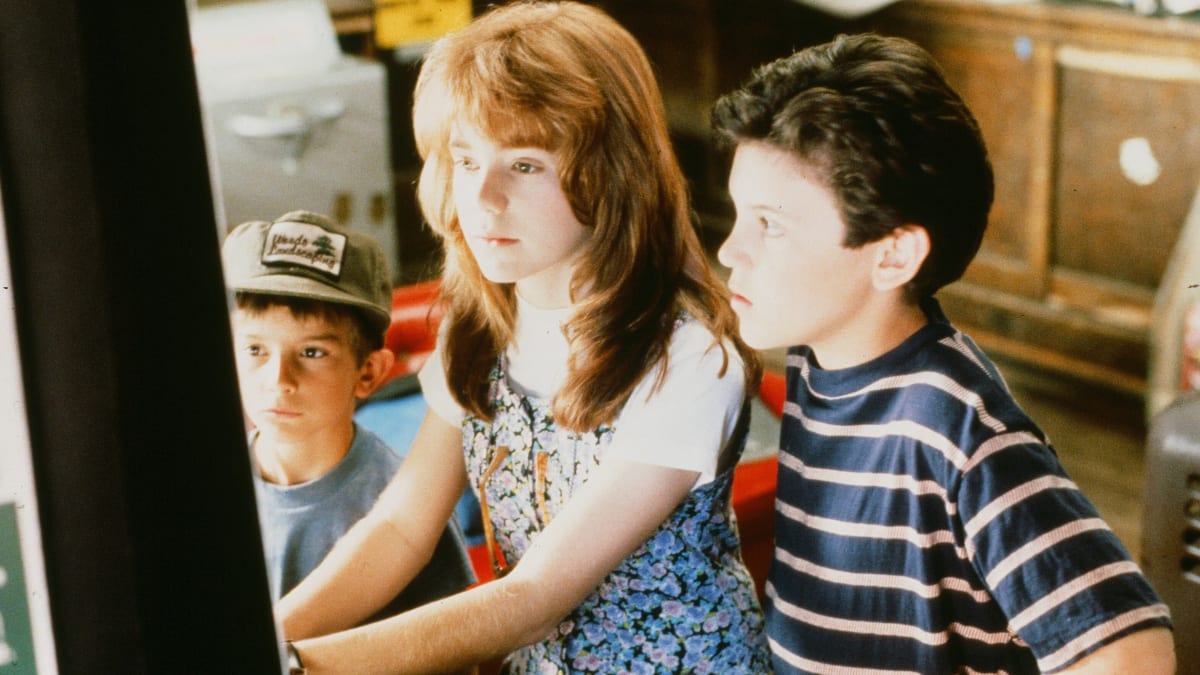 During the mid ‘80s, Nintendo revived and revolutionized the home console market, capping off the decade with the Nintendo World Championships in 1990, a highly produced competition series that spanned 30 U.S. cities. The tournament was a riff off the thinly veiled feature-length Nintendo commercial otherwise known as The Wizard (Gen Xers will remember it for the Power Glove and the kid from The Wonder Years). The finals of the real championship series were held at Universal Studios Hollywood, where gamers competed for high scores in Super Mario Bros., Tetris, and Rad Racer, the latter further cementing racing as a core gaming category. The winners from each of the three age groups won a brand new 1990 Geo Metro Convertible, which is the exact antithesis of rad or racing, in addition to a $10k savings bond and other prizes.

The duration of the ‘90s saw the rise of fighting games and first-person shooters, competitions now pitted player versus player instead of top scores. However, it was a real-time strategy title that would literally change the game. Released in 1998 for the PC, Starcraft’s robust multiplayer mode utilized the internet for online, competitive play. While the title was a critical and commercial success, it was an unprecedented phenomenon in South Korea. Starcraft tournaments sprouted and matches were televised across multiple stations. Gamers started turning pro, forming teams, and garnering paid sponsorships with brands, starring in ad campaigns. This was the birth of esports.

ESPORTS FOR ALL RACING TYPES

While esports racing hasn’t reached the scale of Dota 2 or Fortnite and their $30M prize pools and tens of millions of hours watched, the category is starting to crescendo. Real-world sanctioning bodies have partnerships with racing titles and payouts have grown significantly. As an enthusiast interested in giving digital racing a try, picking which series might be the most challenging first step. That, or getting used to the gas and brake pedals with only your socks (Google it, it’s a sim racing thing). With an array of esports racing series available, the following is an overview of the major offerings in 2019, by discipline.

If you have an affinity for tight courses, dirt, and all-wheel drive powertrains, there’s Esports WRC Powered by Hyundai series. The 2019 season competes on WRC 7 across PlayStation 4, Xbox One and PC platforms, and the competition spans 12 online rounds. As of press time, prizing has not been announced, however the winner of the 2018 season took home a Hyundai i20. One can assume Hyundai will be giving away another vehicle this year.

If you like rally but prefer wheel-to-wheel racing, there is the iRacing Rallycross World Championship Series. Using the iRacing platform — a driving sim that launched in 2008 for the PC centered around online competitive play — the 2019 rallycross season consists of 11 rounds of racing. The racing is so competitive, X Games RallyCross Lites gold medal-winning driver Mitchell deJong leveraged every bit of his real-world experience to best the competition in the final round of the 2018 series to claim the championship. The 2019 season consists of 11 rounds and offers a prize pool of $25K.

If dirt and oval tracks are your thing, there are two series on iRacing that are in bad need of being turned into acronyms: World of Outlaws NOS Energy Drink Sprint Car Championship Series and the World of Outlaws Morton Buildings Late Model Championship Series. In the former, the machine of choice is a 410 winged sprint car, in the latter, a stock car. For 2019, each series has 10 races and $25K in prizes.

iRacing has you covered again in the ultimate form of oval racing with the eNASCAR Peak Antifreeze iRacing Series. Officially sanctioned by NASCAR, competitors in the 2019 season race in Gen-6 cars on real-world circuits. This year marks the 10th year of the competition and touts 14 rounds of racing, in addition to three playoff rounds and a season finale. The prize pool in the series is $100K.

For the pinnacle of open-wheel racing, there’s the F1 New Balance Esports Series. This season runs on F1 2019 and is the first year that all 10 F1 teams are active participants, with Ferrari having been the holdout (of course). Online qualifying rounds received over 100,000 entrants clocking-in their fastest times in hopes of being invited to the Pro Draft event in London. Each of the 10 F1 teams was required to select at least one driver from the draft to represent them in the Pro Series. What essentially took Sebastian Vettel a lifetime of karting and four F1 championships to race in red, David Tonizza, the 2019 Ferrari draftee, achieved via sim racing. The 2019 season of the F1 New Balance Esports Series plays host to 12 races over four live events. The total bounty has grown to an impressive $500k, more than doubling last year’s prize pool.

Depending on which console you have, Gran Turismo Sport and Forza Motorsport 7 have sports car racing covered. Other titles play in this space, notably the Porsche iRacing World Championship with a $100k purse, but we’re going to focus in on two console heavyweights. Sim racing purists will contest that the console games’ physics skew arcade, hence their simcade label, however there’s no denying the reach, scale and accessibility the first-party titles have.

Xbox launched Forza Racing Championship, or ForzaRC, in 2016. Their first three full seasons saw thousands of participants and live events that spanned the Americas and Europe. For 2019, Forza introduced team competition, a first for driving games. From a race strategy perspective, three drivers and a coach will have to work together to best rival teams. More impactful however, Forza is aligning with esports at large.

During the height of Starcraft in South Korea, the formation of teams created an entity that transcended an individual player and fostered group dynamics. Fans followed the team and its roster, and it nurtured sponsorships — some teams were named after corporate brands. Other esports adopted the concept and organizations such as Team Liquid participate in multiple disciplines, having started with Starcraft. Esports teams are so big, traditional athletes such as Michael Jordan, Steph Curry, Shaquille O’Neal, Alex Rodriguez, and Rick Fox have invested in them, the ultimate cosign, as have team owners Mark Cuban, Robert Kraft and Jerry Jones. While Forza has yet to announce the participation of broader esports teams, it will be interesting to see how this develops.

Running on Forza Motorsport 7, seven online rounds comprise the 2019 ForzaRC season. The top eight teams from those rounds will be invited to a live final event in Burbank on November 23rd for two days of racing, fighting for a piece of the $250K prize pool.

When Gran Turismo launched on the original PlayStation, it elevated the racing game category. The title emphasized realism in its gameplay and graphics, including licensed vehicles and aftermarket brands. Programs such as the Gran Turismo Academy with Nissan took gamers and turned them into pro drivers, legitimizing that racecraft taught in the game directly correlated to the track. With the latest chapter in the franchise, GT dove feet first in to esports.

Released in 2017, Gran Turismo Sport is built around online racing, highlighting its partnership with the Fédération Internationale de l'Automobile, or FIA. As the esport discipline for the motoring organization, the FIA-Certified Gran Turismo Championships mixes online and live events that culminate in the crowning of an FIA champion. Igor Fraga, the winner of the inaugural 2018 season, received his trophy at the annual FIA Prize Giving gala, the Oscars of motorsports, alongside the likes of Lewis Hamilton.

For the 2019 season, Gran Turismo Sport is hosting a total of 20 online rounds, dividing competitors across five regions of the world. The fastest from each region will attend six live events with the last one being the World Finals. There is no cash prize pool for the Gran Turismo series, solely the prestige of being anointed an FIA champion.

As racing esports continue to grow, a new path is being laid to pursue a career in motorsports. One based on meritocracy, requiring nothing more than a console or PC, your racing game of choice, a steering wheel and pedals, and a whole lot of sweat equity. With the increasing awareness and scope in esports racing, it’s only a matter of time before a gamer recruited through one of the aforementioned series will go on to win a championship in real life. But with motorsports viewership on the wane and esports’ metrics surging, perhaps the analog version of racing may no longer matter in the future. The next Ayrton Senna might hit legend status having raced in nothing but his socks. What a time to be alive.

Autoblog is a participant in the Amazon Services LLC Associates Program, an affiliate advertising program designed to provide a means for sites to earn advertising fees by advertising and linking to amazon.com. These deals are available through our affiliate partnership with Amazon.com. Deals are subject to Amazon's schedule and availability.