The Washington Nationals pitcher shut every team down in the postseason

The Washington Nationals are 2019 World Series champions, but the World Series MVP is getting something even rarer than a championship ring these days: a C8 Corvette. To everybody’s surprise, Chevrolet wheeled a red 2020 Corvette onto the field as soon as the mosh pit in the center of the diamond died down last night.

In years past, Chevy has given out pickups and Camaros to the MVP, but we think this curveball was the right call. The lucky recipient of the C8 is Stephen Strasburg, who was the winning pitcher of record in two World Series games. He went 5-0 in five total starts throughout the postseason and ended with a 1.98 ERA. It’s safe to say the MVP award went to the right guy. 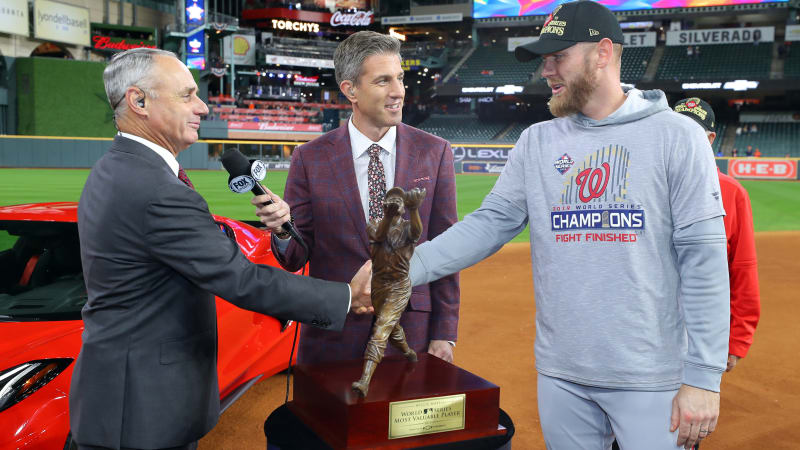 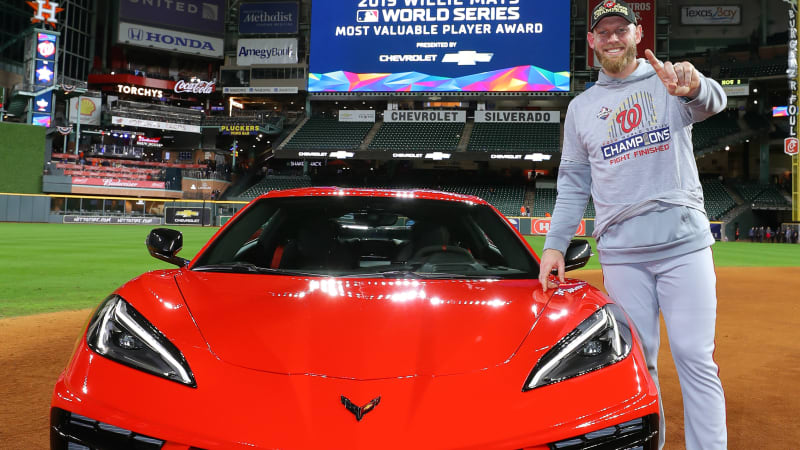 As the car nerds that we all are, we had several questions pop into our heads as soon as we saw the news. Isn’t the C8 still a pre-production car? And did Chevy have an orange Corvette waiting in the wings in case the Houston Astros had walked off the field the winners? Finally, will that theoretical orange C8 be shipped to a country in need like the 2019 Houston Astros World Series champion T-shirts will be? We kid. Strasburg will certainly be left waiting until Chevy starts rolling C8s off the assembly line in 2020, so this car is only a representation of what he’ll ultimately receive. Still, we’ve asked Chevy to give us more details on the status of Strasburg’s car.

We think this gift is far more intriguing than another Silverado that Strasburg could afford to buy hundreds of at the local Chevy dealer. His millions could afford him all the C8s in the world, too, but good luck finding one at the beginning of production. Both the 2017 and 2018 World Series MVPs received Silverados, and the two years before that, Chevy handed out Camaros. Strasburg picked a good year to win. 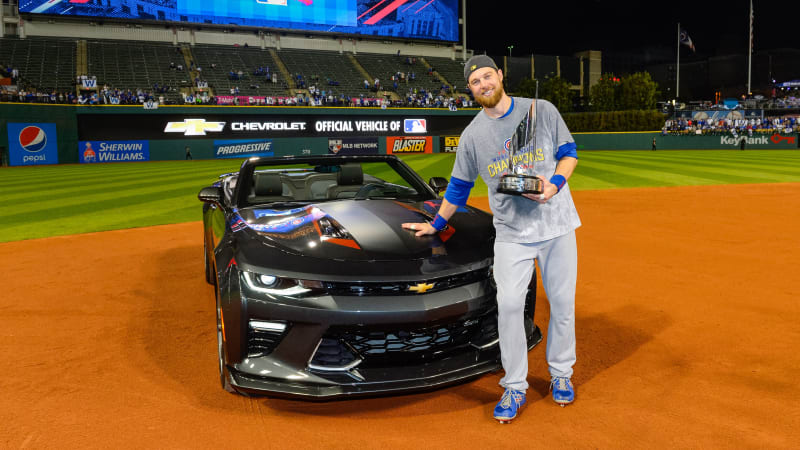 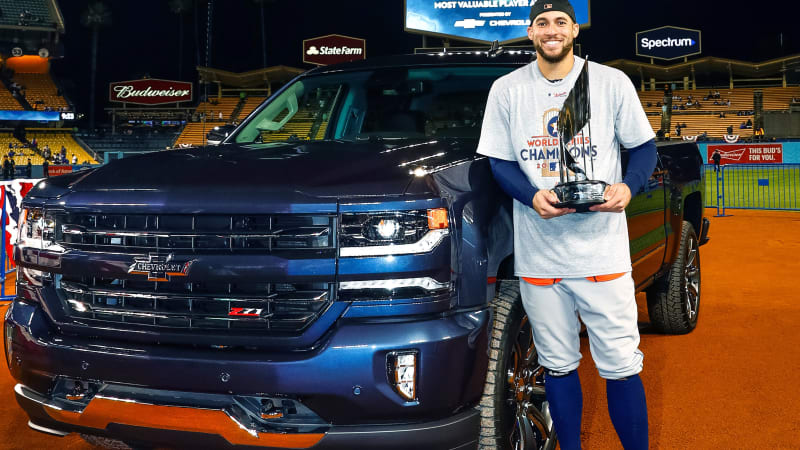