It features a unique wide-flaring fork and seat stays, presumably for aerodynamics

Lotus Engineering, the automotive consultancy and industrial design arm of the British performance car brand, has marked its return to competitive cycling with a sleek and lightweight new track bike that features novel fork, seat stays and handlebars. Developed in concert with Hope Technology, a British bike-components manufacturer, the bike is aimed at helping the Great Britain Cycling Team notch medals at the 2020 Tokyo Olympics.

For Lotus, the bike represents a return to cycling after a 25-year absence. It’s also a nod to the Lotus Type 108 bike Chris Boardman rode to a gold medal at the 1992 Barcelona Olympics and in the 1994 Tour de France, where he won the prologue time trial to take the yellow jersey. 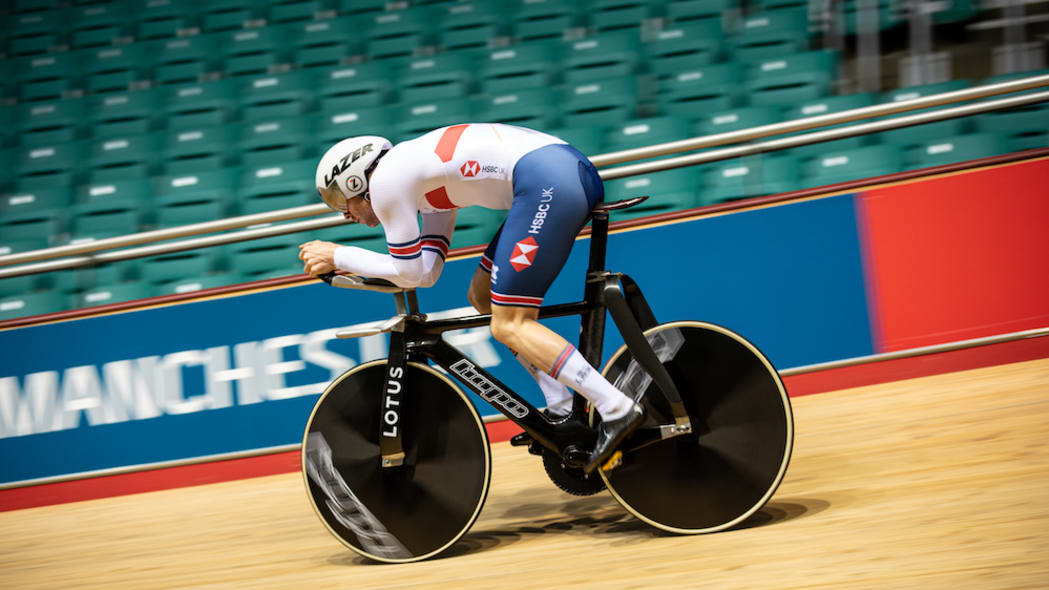 We’re not given any details about the bike’s technology or specs, except that the Hope-designed frame is made of high-modulus composites with fabric woven in the U.K. Lotus was responsible for the unique fork and seat stays, with each characterized by slim polished metal tubing and a wide-flaring hooping design when viewed straight on. The handlebars similarly feature a flattened profile across the crossbar. Not surprisingly, the bike underwent lots of wind-tunnel testing, both with and without riders, plus testing to maximize strength with minimal weight. Lotus also said it worked to improve stiffness and front end feel.

Much of the design and development was done after the 2016 Olympics, when the UCI governing body made changes to the rules governing bike development. Lotus and Hope were supported by British engineering firm Renishaw.

The bike’s design must be approved by the UCI and be ridden by the Great Britain Cycling Team during the 2019–2020 Tissot UCI Track Cycling World Cup series by the end of this year in order to qualify to be ridden in the 2020 Olympics in Tokyo. They’ll start riding it this weekend at the Minsk-Arena velodrome in Belarus, and November 8–10 in Glasgow, Scotland. It’ll also be displayed at the Rouler Classic event in London starting Friday and running through Sunday.