Chassis and engine headed to SEMA, replaces the GTM next year 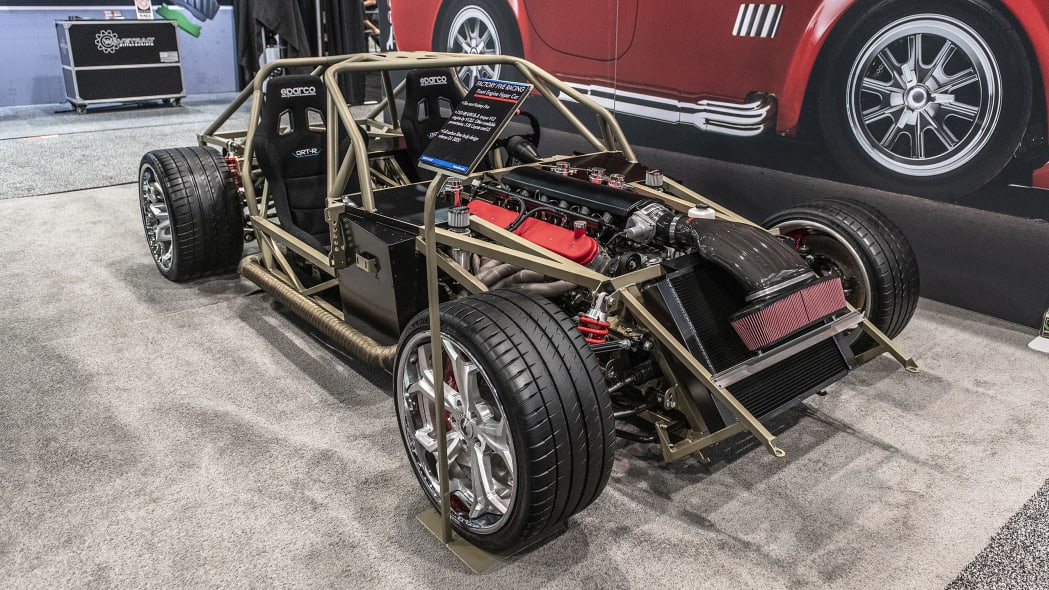 Factory Five has produced its mid-engined GTM supercar for more than 10 years, that car using C5 Chevrolet Corvette internals wrapped in a steel tube frame chassis and original composite bodywork. The Massachusetts-based company is working on a replacement now, coming to SEMA next month as an engine and chassis, due for debut in February 2020. Called Project Romulan, the chassis is a stretched and widened version of the Gen 3 Type 65 Coupe, otherwise known as the Shelby Daytona Coupe kit car the company sells. Yet whereas the kit car normally uses a Ford-sourced V8, Project Romulan gets a General Motors LS3-based 9.5-liter V12 with LS7 type heads made by Australian company Race Cast. The output: a turnkey 755 hp and 694 lb-ft on pump gas.

And those numbers aren't the wildest part. Hot Cars reports Project Romulan comes with a "Star Trek" backstory by way of Gaydon, England. Seems Factory Five benchmarked its supercar specs against the Aston Martin Vulcan. The Vulcan, remember, was a track-only car limited to 24 units, each powered by a 7.0-liter V12 with 820 hp and 575 lb-ft, although a few were converted to road-legal status. In "Star Trek" lore, when most of the once-violent and emotional Vulcans gave up their warfare for logic, as per Spock, a Vulcan faction quit the planet and settled planets Romulus and Remus. One coin, two sides.

The 580-cubic-inch LS V12 will rev past 6,000 rpm, and Factory Five turned up the engine it calls "our mini Merlin" just a touch for a couple of Facebook videos. It's mean. And even with an extra 4.5 inches across the chassis and nine more inches of chassis length, the fit is snug. Race Cast also provides the ECM and harness for the motor, Factory Five worked up custom bits like the oil pan and coil mounts. The tuner says the engine "will be available as one part number for anyone building this kit once it's released." Compared to a Coyote V8, the LS V12 will put about 140 more pounds on the front — 444 pounds for the Ford V8 vs 584 pounds for the Race Cast iron block V12 — but double-adjustable Koni shocks will do their best to make the weight worth it, and a serious set of Wilwood brakes will manage stopping.

Factory Five says the super coupe will get a finished carbon fiber body with a new, modern design that needs no additional work. Assuming all goes well, after the February debut, production will begin later in 2020.