The sliding and reclining seats can make a difference

It's luggage test time! Let's take a look at how many bags can fit behind the back seat of the 2019 Audi Q3. Fully redesigned this year, the Q3 takes a massive leap in terms of technology, interior quality and performance. It looks, feels and drives far more like a proper Audi now.

It's also considerably bigger. Overall length has grown by nearly 4 inches, the wheelbase by 3 inches and the height by 1.5. The interior sees the most notable expansion, however, as rear-seat passengers now enjoy a whopping 5 extra inches of legroom (36.1). Overall luggage capacity basically remains the same at a modest 48 cubic-feet, but there are worthwhile gains when the rear seat is raised. Space back there jumps from a rinky-dink 16.71 cubic-feet to a far more class-competitive 23.7 cubes.

As we're about to discover, though, there's new number may be achieved by playing a few (admittedly useful) tricks up the Q3's sleeve. Let's pop the hatch. 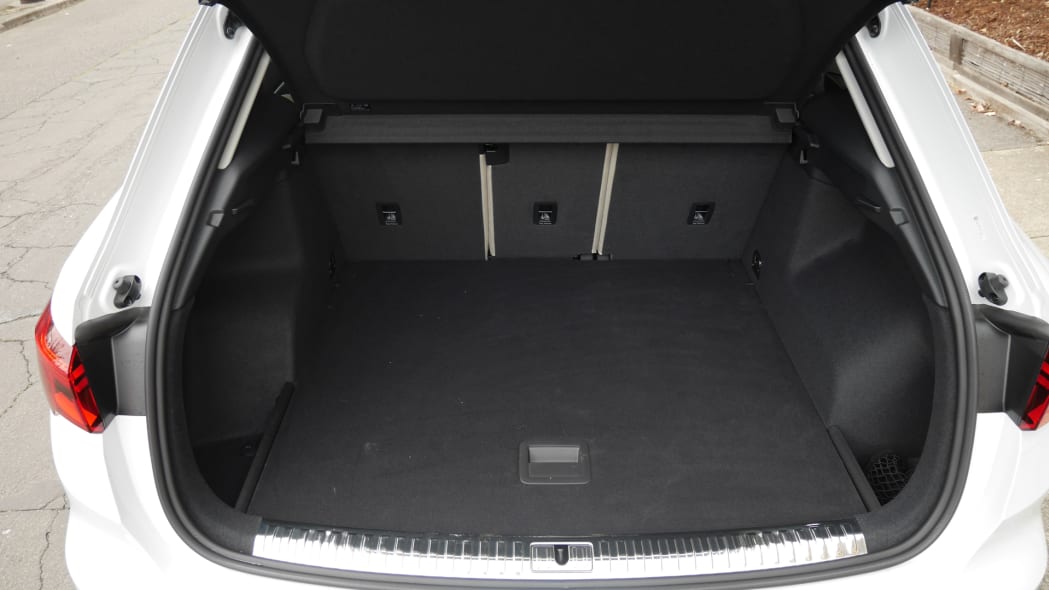 To start, let's see what you get with everything in place. The cargo cover, the seats, everything. As a refresher, I use two mid-size roller suitcases that would need to be checked in at the airport (26 inches long, 16 wide, 11 deep), two roll-aboard suitcases that just barely fit in the overhead (24L x 15W x 10D), and one smaller roll-aboard that fits easily (23L x 15W x 10D). I also include my wife's fancy overnight bag just to spruce things up a bit (21L x 12W x 12D). 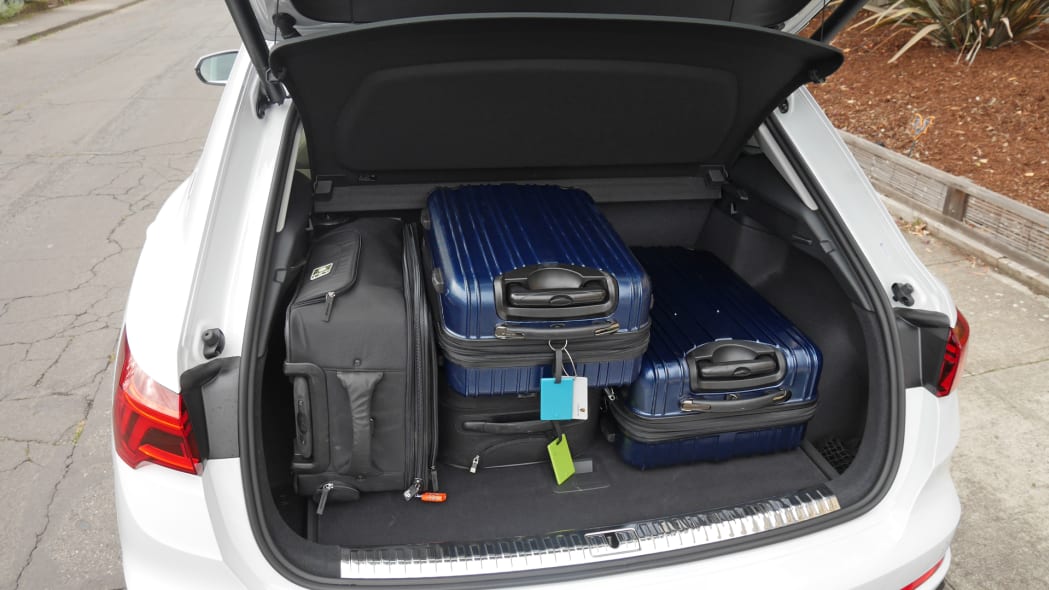 So you can fit the three smaller roller bags and one of the big ones, but it's an extremely tight fit. And although you can obviously fit something over there on the right side, it can't be any of the bags. Not only would the cargo cover get in the way, but they would prevent the hatch from closing.

OK, remove the cargo cover. It's a typical rigid hatchback-like unit that plugs into plastic slots at its forward portion and goes up courtesy little ropes tied to the liftgate. 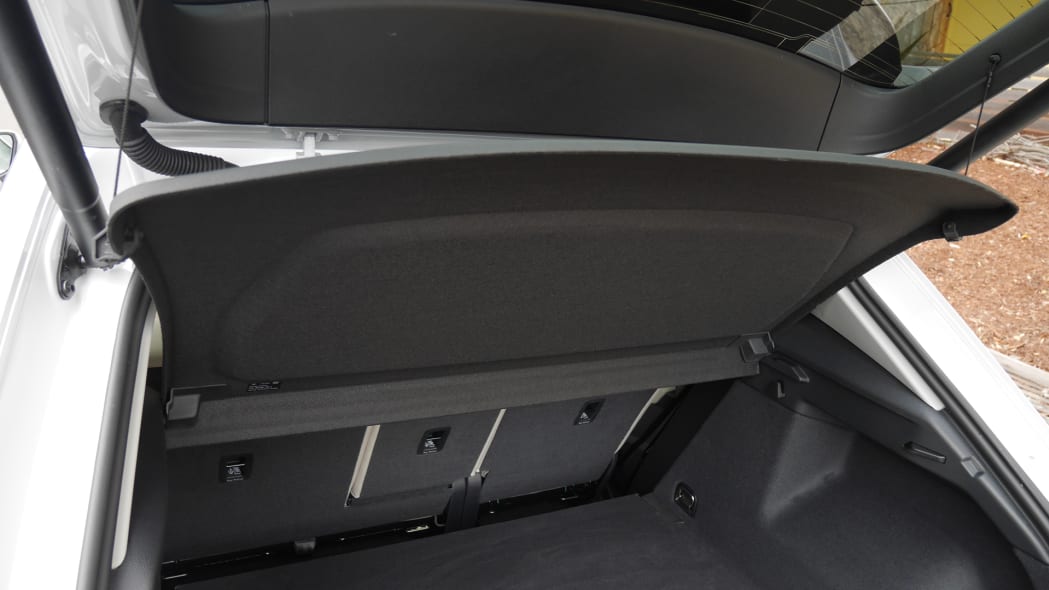 OK, with the cargo cover now removed, it's now possible to fit the two biggest bags, but one of the medium-size ones needs to stay at home with fancy bag. This is worse than the Range Rover Evoque despite the fact that it has less space on paper. A boxier cargo area shape and liftgate design seem to be the culprits. 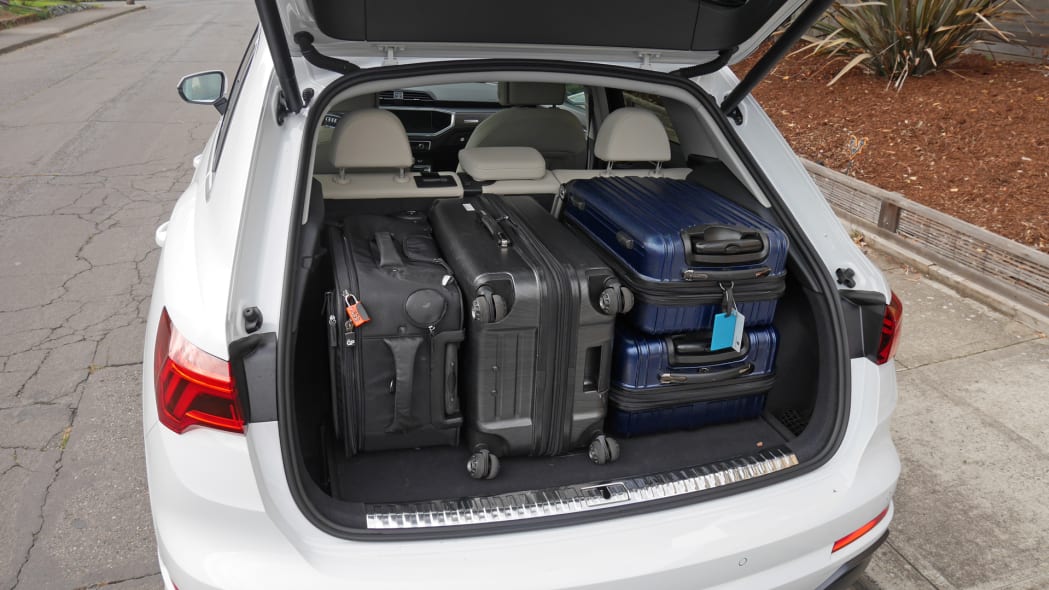 Now it's time to talk about those tricks I mentioned. To start, the Q3's back seat not only reclines, but does so with many comfort-friendly detents. The above was done in the seat's most reclined position, which is perhaps a bit more than normal but far from La-Z-Boy.

I then adjusted the 60/40-split seatbacks to an angle I thought would still be comfortable for rear passengers during a lengthy drive. 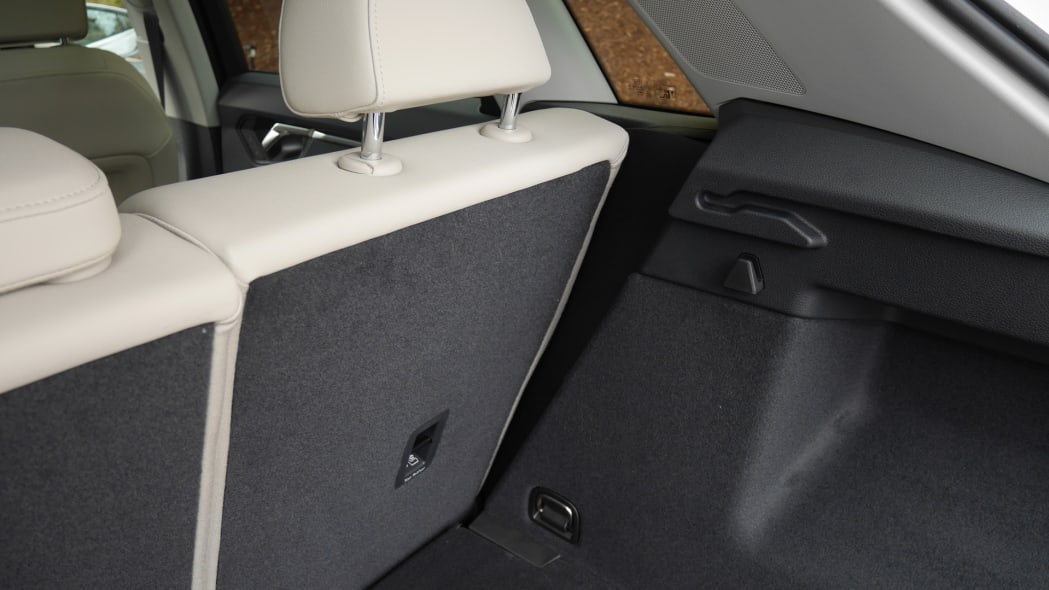 While this feature certainly isn't useless for cargo purposes, it didn't make a difference in this specific test. It allowed for a different Tetris formation, but no additional bags made it in. 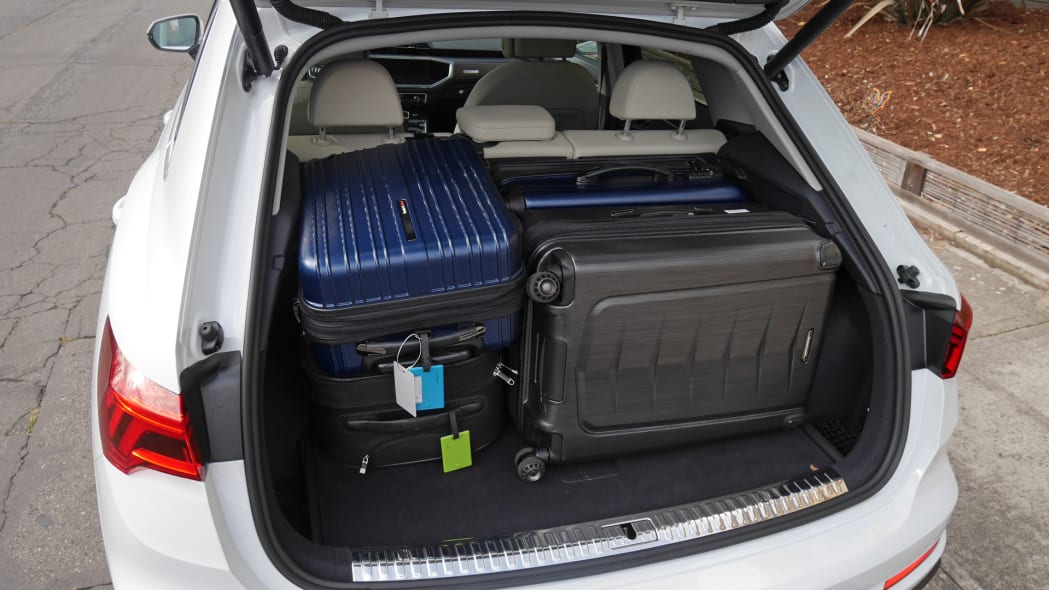 First, I tried fully sliding forward the 60/40-split's 40 portion. In theory, someone could still fit in it if the front passenger was nice enough to scoot far forward, but more realistically, one could certainly install a forward-facing child seat in that sliding portion. Or just leave it for some extra stuff. 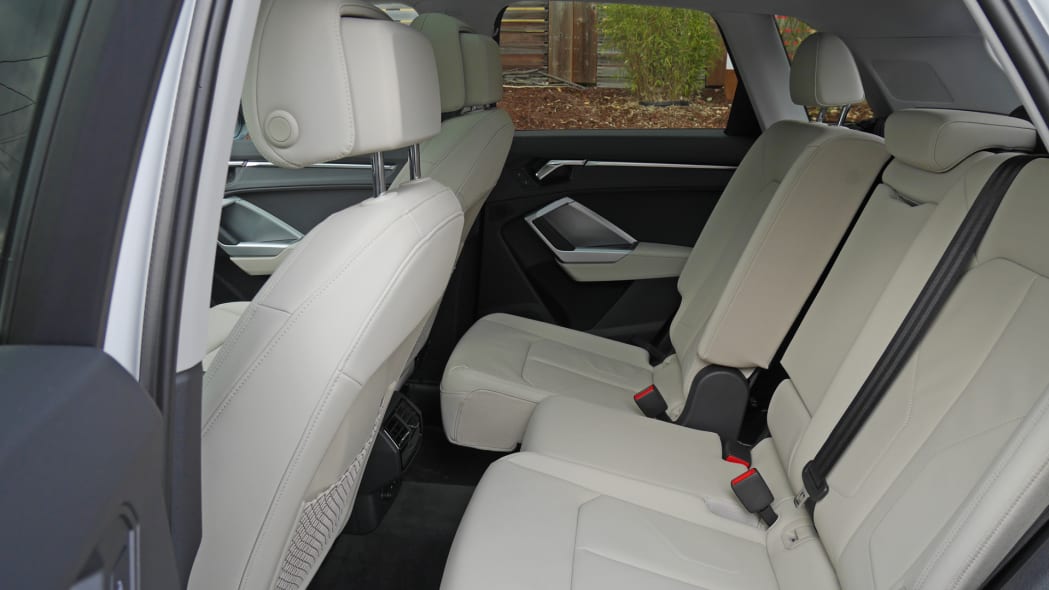 Voila! Fully sliding forward the back seat's 40 position allowed all the bags to fit. It was a bit of a squeeze, but the hatch closed fine and rear visibility wasn't compromised. 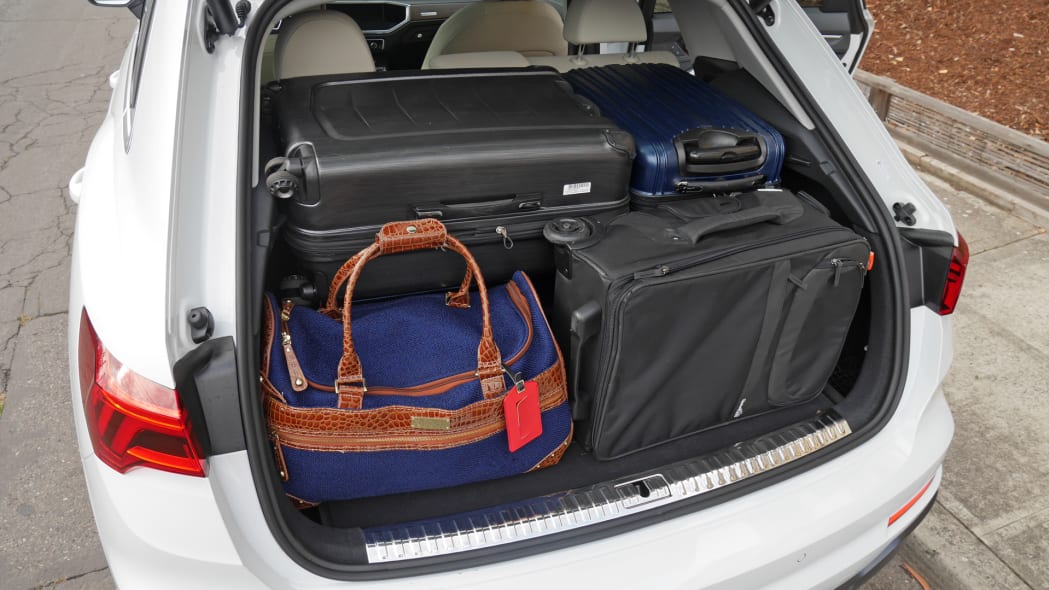 I'm guessing the Q3's cubic-foot number is the result of taking advantage of this back seat versatility in some way. BMW does the exact same thing with the X2 by counting the extra under-floor space created by ditching the spare tire. To be fair, though, Audi has one of those and the BMW's back seat does not slide. Really, this once again proves that cubic-foot numbers are an imperfect way of comparing cargo space and why doing this very test is a good idea.

In the end, the Q3 is less capacious than a Range Rover Evoque, which is not a good thing. However, it's back seat provides impressive versatility not offered by the Evoque, X2 and most of its competitors. Ultimately, I think that gives the Q3 an advantage in this smallest end of the luxury SUV world, because even if it couldn't fit my specific set of luggage, that versatility means it's more likely to fit whatever you might have to throw inside.